There is no governing body for monitoring common names.

Taxonomic vandalism is a term coined to describe a situation when the system for scientifically naming flora and fauna is subverted for personal benefit or other purposes. Ideally, each creature should have one universal name, so that there is no confusion about what is being referred to. This is of importance, because once each life form has a unique name, all the information concerning that life form is collated under that name.

The system in use today is called the binomial system, comprising a genus and a species name for each life form. Carolus Linnaeus, a Swedish naturalist, proposed it in 1735. This system rapidly gained ground and was later formalised under the International Commission for Zoological Nomenclature, with a similar organisation for plants called the International Association for Plant Taxonomy. The steps are simple: if you have a life form that has not been described, obtain one or more specimens, which will form the type series, and describe how it differs from the closest known related species in a publication. At that stage, you are free to name it. Thereafter, you deposit the type(s) in a type repository, which is usually a collection accessible to researchers. You become the author of the new name, wherein lies the glory of discovering and naming a new taxon. 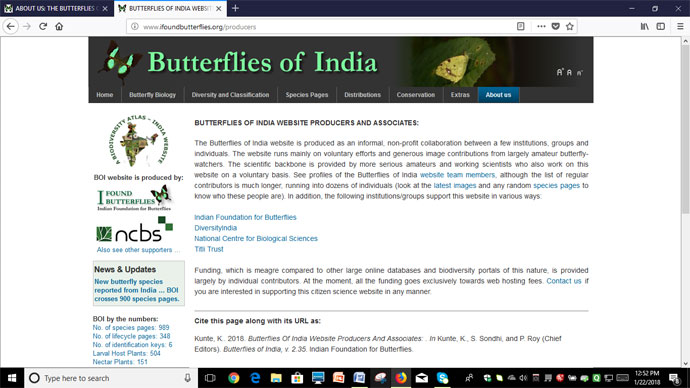 Most international taxonomic vandalism is in the field of reptiles. In India, we have examples in birds and butterflies. In the case of birds, Pamela Rasmussen and John Anderton published a two-volume guide book, Birds of South Asia, the Ripley Guide in 2005, which was considered rigorously scientific; for example, the distribution of species was based on specimens examined, not on sightings of live birds, where there is scope for misidentification. They proposed 125 taxonomic changes in it, some of which had been suggested by others, while some were new. They claimed that the splits proposed had been confirmed with DNA tests but, since there was no place to publish the justification in a guide book, they would do so separately. The birding community fell over themselves to acquaint themselves with the new names and taxonomic positions. Some 13 years later, the justifications for the splits have still not been published.

Meanwhile, Grimmett, Inskipp & Inskipp, in the second edition of the Helm Field Guide to Birds of the Indian Subcontinent, published in 2011, point out that of the 125 splits proposed by Rasmussen & Anderton, 34 have been proved valid by other workers, while five have been proved invalid by subsequent work by others. This rather small number has serious implications. If the analysis of DNA proved that the splits were unjustified, it means that Rasmussen & Anderton had not conducted these analyses at the time they proposed the splits, despite claiming to have done so. If they had not done it for the five, how many others had they not confirmed before proposing the splits?

A similar attempt to upset existing nomenclature was made in butterflies by a website supported by the National Centre for Biological Sciences (NCBS), Bangalore and some NGOs. It is called Butterflies of India. Not only have they raised the southern Indian subspecies of several butterflies to the species level without justification, they have also taken the liberty to change the common names of many butterflies. Since the website appears rigorously scientific, beginners tend to believe the proposals, leading to considerable confusion when they find that because of this website, there are now several names for a butterfly, instead of one.

Meanwhile, they provide a deep insight into their research methodology. When the website was launched, they had raised the southern Indian population of a butterfly called the Malayan (Megisba malaya) to species status, calling it the Tailless Malayan (Megisba thwaitesi), while the northern Indian population became the Variable Malayan (Megisba malaya sikkima). In the face of stiff opposition to their proposed changes, the NCBS/NGOs backtracked, stating “Megisba malaya thwaitesi Moore, 1881 — Tailless Malayan. This was earlier treated as a distinct species on this website. Recent work (male genitalia and molecular sequencing) has confirmed this to be a subspecies of Megisba malaya — Malayan, after all”. Sounds rigorous and scientific, except for the fact that this is a reversal of the rigorous and scientific way the thing should have been done — first, the male genitalia and molecular sequencing work ought to have been done, and then the split proposed. 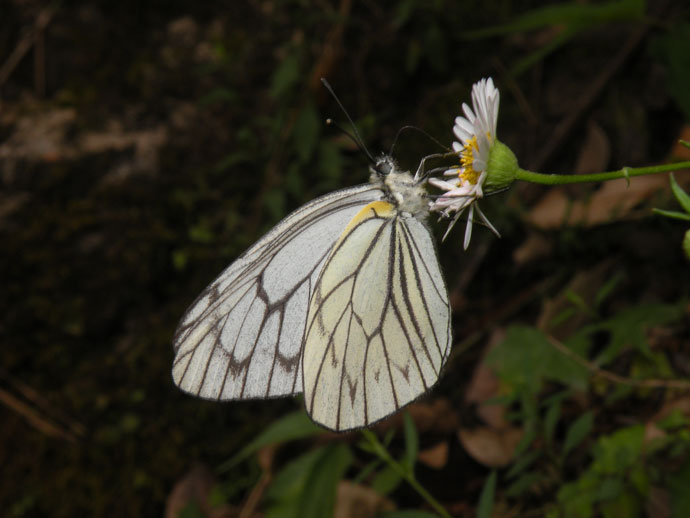 What makes the NCBS/NGOs statement bewildering, though, is the fact that the male genitalia had been illustrated in 1983, by JN Eliot and A Kawazoe. There was no doubt for anyone familiar with the butterflies that they were the same species. This means that the NCBS/NGOs had not even consulted the standard work on the subject before proposing the split.

Similarly, the Indian Fritillary, renamed the Chinese Tropical Fritillary on the NCBS website, has been divided into three species: The Chinese Tropical Fritillary in India north of Gujarat, the Nilgiri Fritillary and the Palni Fritillary. The southern Indian races of the Gladeye Bushbrown, the Plane, the Tamil Yeoman, the Creamy Sailer, the Silver Royal have similarly been raised to species rank with no supportive evidence. This is certainly not a development a “premier” institution like NCBS should counternance, for this is what gets Indian science a bad name internationally.

Besides these remarkable cases, the common names of many butterflies have been changed, with no justification. The only thing that lets them do so is the fact that there is no governing body for monitoring common names. The justification that they offer is that they are providing an alternative to the “colonial” names some of the butterflies bear, especially when they have been named after the person who first found them or reported them, usually a Briton.

The other “justification” that the NCBS/NGOs came up with is that the existing common names were “old”. (They were proposed by W.H. Evans in 1927.)Instead, we are supposed to use names like “Separated Spotted Flat” “Confined Spotted Flat”, “Disparate Hairstreak”, “Broken Woodbrown”, “Bent Argus”, “Arrowhead Blackvein” et al.

Another argument they use to prop up the use of their new names is that there should be “democracy” in giving names, meaning that everyone should be free to have a go, since there is no governing body. This claim exhibits a complete perversion of the concept of democracy, for the true meaning of the term is that everyone agrees on a leader or name and thereafter uses that, even though there may be other contenders for the post. The scenario where everyone can have a go at providing leadership or names is called anarchy and one does not expect the protégés of a national-level scientific institution to advocate this.

Even this might have not have been too objectionable if they had not stumbled over the fundamentals of name giving. The butterfly Limenitis trivena is known as the Indian White Admiral (to distinguish it from the White Admiral, an European butterfly). According to the NCBS/NGOs system, they have invented common names for subspecies, too. Subspecies are easily recognised when using scientific names, because a third name is added; for example, the population of the species that was first discovered becomes Limenitis trivena trivena, while populations from other areas that are superficially different are known by other trinomials, for example, Limenitis trivena pallida.

One hopes that the NCBS and its protégés will familiarise themselves with the principles, practices and ethics of nomenclature. In the meantime, the confusion they have caused with their quixotic forays will take a long time to clear up. Hail Indian Science!

Also read: Why Renuka Chowdhury’s laughter is more powerful than that of Modi coterie

#Species, #Taxonomy, #Taxanomic vandalism
The views and opinions expressed in this article are those of the authors and do not necessarily reflect the official policy or position of DailyO.in or the India Today Group. The writers are solely responsible for any claims arising out of the contents of this article.