How to bring Tesla to India? Elon Musk gets offers from ministers and Twitter memes

The Twitter-addicted, eccentric CEO of Tesla, Elon Musk, knows very well how to use the micro-blogging platform to further his business interests. His one-line reply to an Indian Twitter user on challenges his electric car-making company is facing in India, has led to a tsunami of replies by Indian ministers, all of whom are inviting his company to their respective states.

If you didn’t know, Tesla had set up an office in Bengaluru in January 2021. It was set to launch a few models of the self-driving electric cars in India soon, but that has not yet happened. Recently, an Indian Twitter user asked Elon Musk when Teslas would be available in India.

This is not the first time, he was asked the question or the one he replied to. YouTuber Madan Gowri had also previously asked Musk on Tesla’s launch.

We want to do so, but import duties are the highest in the world by far of any large country! Moreover, clean energy vehicles are treated the same as diesel or petrol, which does not seem entirely consistent with the climate goals of India.

Since then to now, Musk’s reply has been the same. He says that the EV company is working with a lot of challenges from the Indian government. This time, his tweet got some interesting replies from Indian lawmakers; no not the ones from the ‘Indian government’, Musk mentioned about facing challenges with.

Hey Elon, I am the Industry & Commerce Minister of Telangana state in IndiaWill be happy to partner Tesla in working through the challenges to set shop in India/TelanganaOur state is a champion in sustainability initiatives & a top notch business destination in India https://t.co/hVpMZyjEIr

The Minister promised to work through challenges with Tesla to set up shop in Telangana.

Actor Vijay Deverakonda seconded KTR's pitch to Musk on Twitter, and went on to add that the 'government here in Telangana is terrific too'.

.@elonmusk - Come to Hyderabad - India!!!It will be epic to have you ?The Government here in Telangana is terrific too..

Soon, after KTR’s tweet, other Indian politicians also rushed to make their offers known on the micro-blogging platform. The Punjab Pradesh Congress Committee President Navjot Singh Sidhu also tweeted to Elon Musk saying that they will make Ludhiana the hub for EV-making and battery manufacturing.

3. MAHARASHTR MINISTERS JUMP ON THE BANDWAGON

It did not stop at Telangana or Punjab, even Maharashtra Water Resources Minister Jayant Patil invited Musk to establish a Tesla manufacturing plant in the state.

.@elonmusk, Maharashtra is one of the most progressive states in India. We will provide you all the necessary help from Maharashtra for you to get established in India. We invite you to establish your manufacturing plant in Maharashtra. https://t.co/w8sSZTpUpb

Drop here, we in West Bengal have best infra & our leader @MamataOfficial has got the vision.Bengal means Business … https://t.co/CXtx4Oq7y5

Also, it is worth mentioning and impossible not to note that all these states are non-BJP states. BJP is the ruling party at the Centre, which Musk said his company was facing challenges with.

NETIZENS REACT TO THE OFFERS

The unusual exchange between Indian lawmakers and the CEO of Tesla has sent Indian Twitter into a riot. Some tweeted in praise of the ministers for reaching out to Musk with offers, while others criticised the actions.

While it is great to see several states reaching out to @elonmusk & assuring him a red carpet...every business owner & job creator in the country would also appreciate similar concern.Indian entrepreneurs can create multiple #Teslas & collectively infuse more capital into states

One thing is for sure, @elonmusk has once again displayed his great social media skills by pulling off a great successful PR campaign for @Tesla in India through Indian politicians.

Dear @elonmusk we would love to have @Tesla in Telangana ..as we have the best infrastructure and the leading business hub of India @KTRTRS https://t.co/MWa4L2sl2k

Most notably, the West Bengal minister's Tesla pitch turned into a politicial slugfest on Twitter, with BJP IT Cell Chief Amit Malviya's dig and the subsequent flood of reactions from Rabbani.

You might think it is a joke. But it isn’t!West Bengal’s minister in charge for Minority Affairs and Madrasa Education has made an offer to Elon Musk to come invest in WB.His pitch will start with Mamata Banerjee’s record on post poll violence and end with Singur agitation? pic.twitter.com/5ZpfSppLGg

WHEN THERE IS NOISE, THERE ARE MEMES, OF COURSE

Other netizens did what netizens do the best, make memes out of the situation.

On the other hand, government sources told Business Today's Siddharth Zarabi  that Elon Musk was once again using social media to put pressure on the GoI.

Indian govt rejects @Tesla founder @elonmusk claims on so-called challenges.GoI sources say Musk is once again trying to put presure on the govt via social media.Officials reveal Tesla wants India to reduce import duties on cars without any commitment of producing in India.1/2

Certainly, it is habitual of the world's richest man to single-handedly influence various markets and even governments using just one tweet (remember Bitcoin?).

BUT WHAT ARE THE CHALLENGES FACED BY TESLA WITH THE CENTRE? 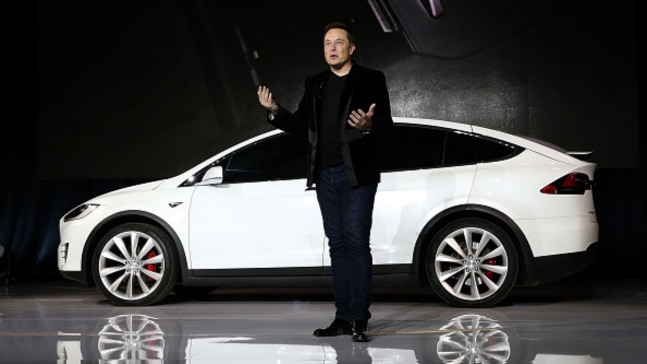 Elon Musk pictured at a Tesla event in the US. File Photo: Getty Images

1. Import taxes. Earlier, Elon Musk had complained in a tweet that India’s import taxes are the ‘highest in the world by far for any large country’.

For example, Tesla Model 3, one of the rumoured cars slated to launch in India, with a global price tag of US $39,990 or nearly Rs 30 lakh, is expected to cost around Rs 60 lakh in the Indian market with import duties.

However, Tesla wants to test the price-sensitive Indian market before making any such commitments.

2. Importing from China. Tesla prefers China as its import destination keeping in mind the ease and cost of importing, but the Indian government wants to reduce the imports from its neighbour.

We still don’t know the terms and conditions under which the Indian ministers have invited Tesla to their states. But going by Maharashtra and Punjab’s offers, it seems like they are also interested in more than a showroom with imported cars. Besides that, it is unclear how the company will avoid the import duties, as that decision lies with the Centre.

In the recent past, several foreign automobile makers, like General Motors, Harley Davidson, etc, exited from the country due to various reasons, including poor performance in the price-sensitive Indian market. Whether Teslas ever grace the Indian roads or not needs to be seen.

But will you pay double the global price for a Tesla car, even if you could afford it?