The aftermath of the after-party: How the exciting 'after-party' has evolved over the decades

Alert: This is not a new trend — the 'after-party' had always been designed to make even the exclusive, the 'high and mighty' feel left out from an event which was anyway out of bounds for the hoi polloi!

There, you could be in your designer threads and heirloom jewels, sipping rose wine — but as you step out to your limited edition luxury car, it seems a select few are staying behind. For what? The after-party, silly!

Can you imagine the crushing weight on your spirit? You have been left out of the after-party! That special gathering of the really cool kind of people.

Or, is it really?

Where did this thing come from? The 'after-party' concept? What even happens at a party after a party? Do they serve gold leaf cigars with caviar in silver spoons? Who decides the invitation list to this exclusive little concept? Where the main arrivals get an unceremonious exit — and a couple of dozen retire for more merriment? (Don't) Party like a lady: Let your hair and corsets down, literally, at the after-party! (Source: Wikimedia Commons)

If you look at it historically — that is, to the days of the Dukes and what-not, who threw all-night bashes with boys and girls and spicy wine, well, the after-party was meant to be something lurid and sexual. Other people’s wives figured prominently while the harried maids tried to turn a blind eye to all that was going on beneath those voluminous gowns.

It was kind of liberating: To get out of five layers of clothing and tight corsets and fling yourself into the fountain or the lily pond in the courtyard. It was a moment of totally letting-go when social and moral mores bound the rich and famous (read, the aristocracy) very tightly.

Central to the idea of the after-party is the freedom and discretion to be naughty — as many an IPL cheerleader will tell. Till they, of course, speak about how badly they were treated! It seemed that after a five-hour intense match, the teams could get down (and dirty) with popping bottles and upskirting. 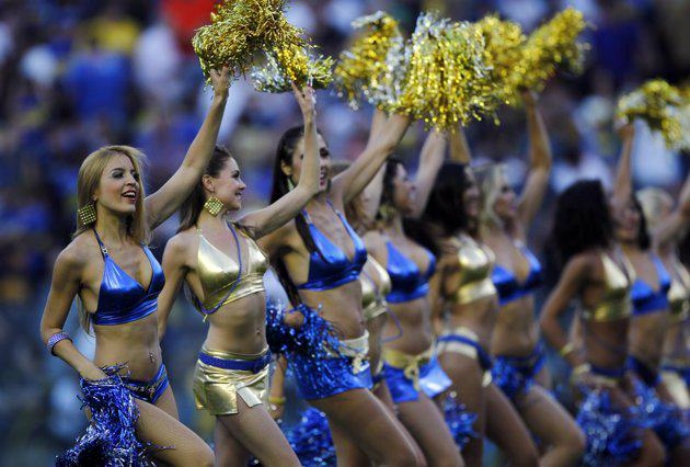 The IPL after-parties were so sought after that the evening became more important than the match before that. Rugged cricketers in flip-flops with lustful eyes for the many 'imported' women became the talk of the town. Then they were banned since it brought such disrepute to the gentleman’s game. But a certain Monsieur L. Modi knows how to get a buck to swing and he created an aspiration that few could match.

The adrenaline of the last ball win or loss, top sportsperson meshed with commoners, and willing sponsors to foot the lavish five-star party bills.

Now, rumour has it that cricketers are smart enough to get a signed contract which does not require them to attend parties — their mums can thus sigh with relief that they will all marry appropriate girls.

Our filmwallahs, however, had already cracked this one long before the IPL woke up.

Imagine a room full of people where each one is more famous than the next! The after-parties, particularly after a film premiere, are actually for the benefit of the entourage to bask in reflected celebrity. The after-party is a total marketing event where the flowers would sport logos if they were not perishable. People crowd around with bouncers in-between and feel famous for half a second.

But they really do have the truest kind of after-parties in their houses. If you hang around the Bandra bungalows of the maddeningly elusive Bollywood stars, you may see a dark-tinted SUV slink out and head towards another one of those mansions with menacing barriers. You cannot get in if you have not been invited. A minor personality entered the home for such an after-party thrown by the ‘emperor’ of Bollywood and she was apparently promptly blacklisted by the wife who pursed her wonderfully crafted lips in total fury.

Two major weddings this year — and not a single photo leak from either of the two! Can you really think that they all sat chastely in designer wear and designer chairs? Even we middle-class types roll down drunk at weddings — but these guys clearly know how to keep it secret.

The after-party is also a very Hollywood/LA concept, like the Oscars after-party hosted by a leading publication. Or the one after a royal wedding of the younger prince where they all apparently did shots! So novel — why didn’t I think of that! 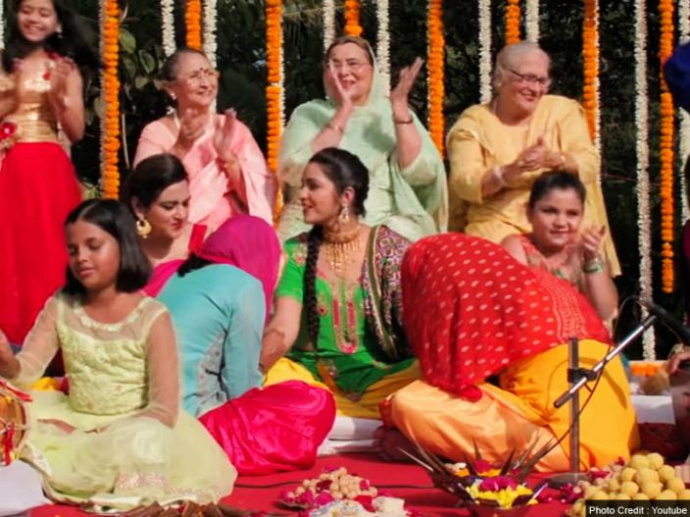 Today's after-parties have come a long way from the post-shaadi session at our granny's house. (Source: YouTube Screengrab)

Let us head back a couple of decades when weddings were held in the gardens of our grandmother’s house. The after-party happened when the main ceremonies were over. While the men slept away, the aunts, sisters and cousins gathered in the largest room to dissect the wedding: The gifts, the old-looking saree of that woman, the way some guests fell on the food and how the daughter must watch out for this or that relative in her new marital home. It was harmless gossip and helped calm tired and anxious nerves and get a bit of respite.

As the times moved forward and wedding planners took over all the stress, there are after-parties everywhere! It seems just like another excuse to throw money around.

Now, that is really boring.

Honestly, stripping down to your delicates as you sip champagne is so last century, darlings!

Also read: Get Real! Of course Neha Dhupia and other Bollywood stars will get trolled for any physical changes