Daily Recco, February 11: The Dig throws light on the Dark Ages, and life

The movie is based on the discovery of Sutton Hoo ship burial that led to rewriting of history.

There were war clouds hovering over Europe in 1937 when a wealthy widow Edith Pretty in England’s Suffolk asks self-taught amateur archaeologist Basil Brown to excavate three mounds on the far side of her estate, Sutton Hoo.

And one fine day Brown (Ralph Fiennes) ushers Pretty (Carey Mulligan) and her son to the mounds under which he has found a 27 metre long ship. He is convinced the mound was the burial ground of a great man – a warrior or a king. He imagines the ship being pulled to the ground put in ropes and hauled over logs. He imagines the songs the men sang at this great send-off. Brown is convinced the mound belongs to the Dark Ages but the people of Dark Ages were not known to be people of culture, people who honoured the dead so regally. 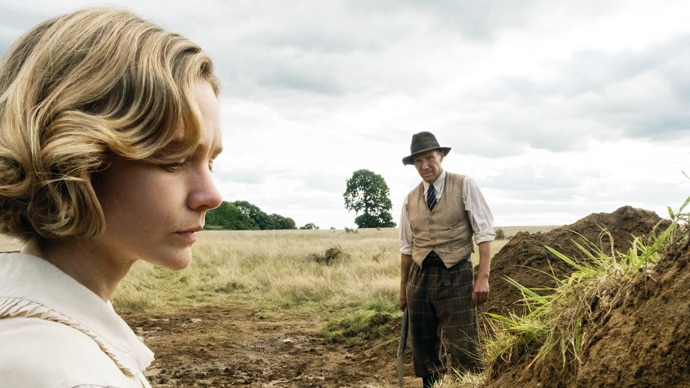 A still from The Dig.

More digging follows and Brown is joined by people from the British Museum. A burial chamber is soon discovered with hundreds of opulent treasures that establish Dark Ages were not dark after all. The findings include fine feasting vessels, deluxe hanging bowls, silverware from distant Byzantium, luxurious textiles and gold dress accessories.

This is how the Anglo-Saxon Sutton Hoo ship burial discovery, arguably one of the most significant archaeological finds across the world, led to the rewriting of history. This rewriting inspired John Preston to write a novel - The Dig. Both inspired Simon Stone to make a film by the same name.

Netflix film The Dig is a dramatised narration of the process of this illumination which also throws light on how to approach life in our ‘enlightened ages’. In a conversation between Pretty and Brown, a sobbing Pretty, who has been diagnosed with a fatal heart condition, says, “We die, we decay… we don’t live on.” To which Brown says in a measured tone, “From the first human handprint on a cave wall, we’re part of something continuous.”

And that is perhaps why knowing our past becomes so important. Pretty decided to gift the findings of Sutton Hoo to the British Museum. For as long as he lived, Brown did not get credit for his discovery. Through World War II, the treasure of Sutton Hoo remained hidden in a London underground station lest it fall in the hands of the enemy. When it was first shown to public in 1951, Pretty who had always wanted people to be able to see the finding was dead and yet she became part of that continuous process that Brown felt we are all a part of. Brown’s contribution to archeology too has been recognised in recent years.

The movie is available on Netflix. But don’t just jump to watch it. Watch it when you have time at hand because The Dig requires patience. Nothing on the scale of what excavators and archeologists have in them, yet it would need some.

Also read: What Tribhanga tells us about women playing by their rules

#Archaeology, #Movie recommendation, #Netflix, #Thedig
The views and opinions expressed in this article are those of the authors and do not necessarily reflect the official policy or position of DailyO.in or the India Today Group. The writers are solely responsible for any claims arising out of the contents of this article.