The bird that could have become India's national bird but for that spelling!

Even one unnatural death can cause extinction over three generations.

The death blow to the critically endangered Great Indian Bustard (GIB) may come from unexpected quarters - renewable energy projects. As 2017 drew to a close, one GIB crashed against a power transmission line, one of the few remaining that criss-cross its last stronghold - the Thar desert in Rajasthan. Its burnt, ravaged carcass was found the next day, making it the ninth GIB to be killed by a transmission line, mainly of wind power, in the past decade. In July 2017, for instance, a GIB collided with a 33 KV transmission line connected to wind turbines in Naliya, Gujarat. With fewer than 150 birds remaining in the wild, each death takes the bird closer to extinction. In such low populations, even one unnatural death can cause extinction over three generations. Renewables, while critical as a clean source of energy, are not necessarily green, which is something India needs to consider as it pushes ahead with its ambitious renewable energy generation target of 175 GW by 2022, of which 160 MW is expected to be met via solar and wind energy. Worldwide, wind turbines kill between 1,50,000 and 3,20,000 birds. In Thar, a recent survey showed that five birds of various species, including endangered vultures, die per kilometre of power line every month. That translates to 18,700 birds across the landscape. Bustards are particularly vulnerable due to their narrow frontal vision- they spot the line when it's already too late. Such deaths are preventable. Low wattage power lines such as the one in Naliya can be undergrounded, and bird flight diverters on power lines have known to cut mortality by half in some European countries. But there has been little interest in India, either on the part of the power companies or the state to install these due to the high costs involved.

Beyond the carnage, there is also the loss of habitat, solar and wind power being very land intensive. Prime bustard habitats between Naliya and Bitta in Kutch as well as the two main populations in Thar — in the northern part of the Desert National Park and the other at the Pokhran Field Firing Range — are packed with transmission lines and wind and solar power projects. Recognising the threat, the National Green Tribunal has passed an interim order barring new wind projects around the Desert National Park. 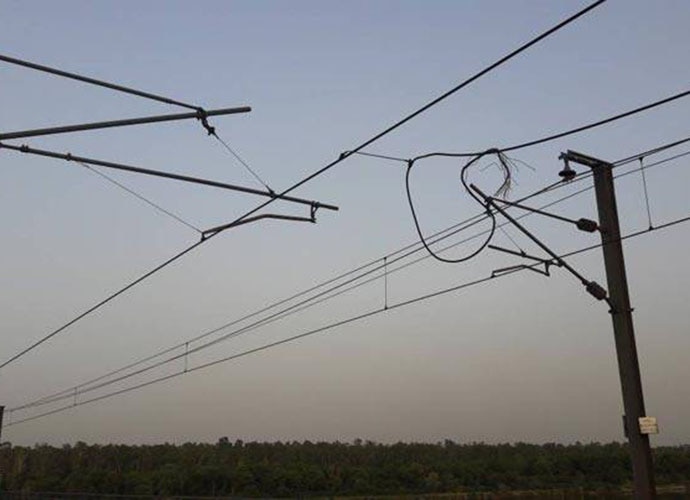 The way forward is decentralised renewable energy, harnessed by mini grids. Solar panels on rooftops need to replace the heavily polluting diesel generators that add to Delhi NCR's pollution burden and most residential colonies and corporate houses rely on.

Power lines are just one among the many threats the GIBs face. The bird has vanished from nearly 95 per cent of its historical range. Its habitat has been lost to roads, highways, mining, canals, as well as “greening” projects that transform arid grasslands to wooded areas, rendering them hostile to the GIB. The Great Indian Bustard is endemic to India. In fact, it was to become our national bird but for the worry that its name might be misspelt! A few birds have been recorded in Pakistan — they fly between the two countries as they inhabit border regions — but hunting is a major concern here. One study shows that of the 63 birds sighted in four years (2001-04), 49 were poached. Better coordination between both countries has been suggested by forests officials and conservationists on both sides of the border. Another need of the hour to save the GIB is coordination with the Army. As per sources, about half of the GIB's hundred-odd population in Thar resides within the field firing range in Pokhran. While the firing and explosives tested here remain a threat, what the GIB gets here — this being a protected Army enclosure — is habitat undisturbed by mining, roads or other anthropogenic pressures. The forest department in Rajasthan has sought permission from the Army for joint monitoring of the GIB.

It's only apt that both India's "green army" and the one that protects its borders work together to protect the nation's endangered natural heritage from imminent extinction.