Daily Recco, December 15: The New Wilderness is our soon-to-be reality

The New Wilderness, Diane Cook’s Booker Prize-nominated novel, holds up a mirror to the not-so-distant future of mankind.

In a world increasingly ravaged by climate change and degradation of the environment, the plot of Diane Cook’s novel — The New Wilderness (published in 2020)— is not very hard to envisage.

Set in the future that is closer than we would like to believe, the world (or should we say the City) is engulfed in smog and pollution. The City is a metropolis that is over-populated and to meet the housing and other needs of the inhabitants, is consequently overbuilt. And here is where the human population is concentrated. 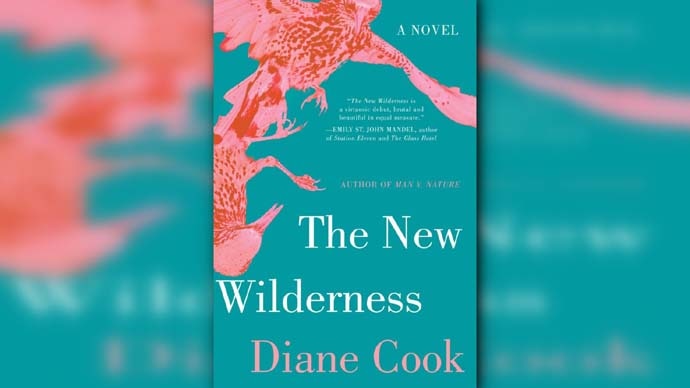 Children are suffocating in the poisoned air from the day they are born and one among them is five-year-old Agnes. Her mother Bea cannot bear to see her daughter and her tiny lungs suffer, and the mother-daughter duo shifts to the Wilderness State along with 18 other volunteers. The team of 20 are volunteers are to study if humans can survive the wilderness and co-exist with nature.

Life in the Wilderness State isn’t easy by any stretch of the imagination. The land is strictly governed by the Rangers. And they have one rule — the newcomers cannot leave any trace of their existence in the wild.

The twists in plot explore the relationship between Bea and Agnes as the latter gets increasingly close to nature, having been raised in its lap. On the other hand, Bea is unable to shake off her urban roots. As they grow apart and distant, their relationship meanders through heartbreaking turns where the choice blurs between who is right and who is not.

Cook’s Booker Prize-nominated debut is visceral. The chilling semblance to our everyday reality and survival instinct thereof speaks to you through every page describing the City. As you travel with the team in the Wilderness State, you cannot help but wonder if that is the future we are headed towards. And if we are, will we be Beas — unable to shake off the urban shackles and connect with nature? Or will we be Agnes, with our souls turning increasingly rustic? Will we be able to live the life of nomadic hunter-gatherers and adhere to the laws of nature where the stakes lie between life and death?

The New Wilderness pushes you to think beyond this day and this moment. It is a journey you need to undertake to open your eyes to the reality of the not-so-distant future.

#Booker Prize, #Diane cook, #The new wilderness, #Dailyrecco
The views and opinions expressed in this article are those of the authors and do not necessarily reflect the official policy or position of DailyO.in or the India Today Group. The writers are solely responsible for any claims arising out of the contents of this article.