The pressure to look good is killing women. Some, slowly. Some, by suicide

Society piles on the pressure upon women to look great, thin, fashionable, perfectly made-up, with fabulous hair and terrific figures. Those who don't meet these standards feel thrust aside. Often, brutally

Recently, I watched Ellen Degeneres talking to Jennifer Lopez, discussing her no-carb diet and her dance moves on a piano wearing stilettos.

I'll admit I couldn't get my eyes off her perfect moves, her great body and glossy hair — all the more because she's 49!

It struck me that I'm 38 and dealing with middle-aged spread.

Then, I read about a woman who killed herself because her make-up wasn't in place! And if I hadn't chosen to write this piece, I wouldn't have chanced upon this other bit of information that I'm about to throw at you. "Eating disorders have the highest mortality rate of any mental illness" — I am quoting from the Current Psychiatry Reports (2012). And there's more. Approximately 90% of those who get anorexia are women between the ages of 12 and 25 years (according to UR Medicine, Rochester). 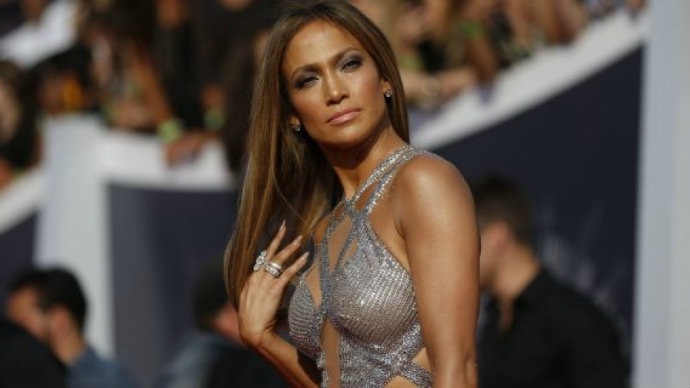 At 49, Jennifer Lopez is gorgeous. But is there a pressure to look that way though? (Source: Reuters)

While suicide is an extreme step, I think women kill themselves slowly, in bits and pieces, over the pressure to look good in more ways than one. From the many make-up items — the brightening creams to the cold wax strips and what have you that are a huge industry today — we're all trapped. To my mind, the biggest step we will ever take will have to be inside ourselves to be actually liberated from this pressure.

More recently, I read about something called the 'husband stitch' that new mothers are subjected to after just giving birth — it's an additional stitch in the vagina to make it narrower and thus make sex more pleasurable for men.

How many standards are women held to? And why?

We've been tricked into thinking that if we're slimmer and well-dressed, prettier and have a certain body shape, we're somehow better and more successful people.

Remember Sex And The City? Can you imagine those women in joggers and tees, reading books, drinking coffee and walking dogs? I can. I'd love that — but I'll quickly be told that that won't sell. Instead, we have designer clothes, waxed bikini lines, perfect eyebrows, Botox and narrow waists and item-songs galore. Bollywood will make a movie called Stree which touches upon the subject of a woman who can't find love and respect and becomes a ghost haunting an entire town in search of what she deserves — and then throw in a song where a scantily clad woman in fake long hair bares her midriff and dances raunchily around 50 men.

If anyone thinks men have the same pressure to look good and thin and perfectly presented, then they're so mistaken — there is no match to the scale and extent of pressure that women face. Sure, men in the movie industry might face high standards of looking good, but I'm talking about regular women, young girls, school-going children, teens. We've grown up with our self-worth tied to how we look. Otherwise, no one will swipe right. And if that happens, it's a failure. What's even sadder is that many men look at looks so carefully and hold us to it.

There's nothing wrong in wanting to look good and being healthy for oneself, but it's so important to draw the line and remember that nobody's self-worth comes from how you look or the perfect make-up or beautiful hair or high fashion clothes.

It comes from deep within and your heart and strength can't be seen. It's for nobody to see. It is an experience.

In the age of Tinder and Plenty of Fish, it's ok if someone chooses to swipe left.