No, India is not the world's most dangerous country for women

The country is no paradise for women but calling it the worst amounts to deliberate spreading of misinformation.

In Saudi Arabia, women cannot try clothes while shopping. The mere thought of a disrobed woman behind a dressing room is apparently too much for men to handle. No, they don't get to choose. Women in Saudi are still heavily dependent on men for even the most basic choices.

In Israel, a woman needs her husband's permission to get a divorce.

In Mississippi in the US, a rapist can claim parental right over a child.

Living in India today, many women can afford to laugh at these facts for they have not known the existence of such rules during their lifetimes.

But a report by Thomson Reuters would have us believe that India is the world's most dangerous country for women. Yes, women in India are unsafe - so unsafe that stepping out of the house after sundown in most parts of the country is considered suicidal.

But is this experience unique to India?

There are some countries on planet earth where women are not permitted to move freely even during the day. And that restriction, mind you, has been enforced by the law of the land.

This piece is not an attempt to establish "my subjugation is better than yours". The piece is only trying to argue that Thomson Reuters ranking India as the world's most unsafe country in the world is unfair to both India and women in countries where they are fighting for the bare minimum right to survive.

The country has topped the list of the most dangerous nations globally for women, thanks to widespread sexual violence, retrograde cultural practices and human trafficking, according to a poll conducted by the Thomson Reuters Foundation. In all, 759 experts in women's issues studied the survey, of which came 548 responses. The survey looked at 193 United Nations member nations.

The poll was a repeat of a survey conducted in 2011 that found Afghanistan, the Democratic Republic of Congo, Pakistan, India and Somalia as the most dangerous countries for women. India has been ranked the world's most unsafe country for women. But given the daily fight its women put up, this is an oversimplification.

Indian government data, which has formed the basis for most respondents to rank India highest on the index, shows reported cases of crime against women rose by 83 per cent between 2007 and 2016, with four cases of rape being reported every hour. The way these figures have been reported here has made it look like there has been a sudden spurt in cases of sexual assaults. But what has actually happened is that more cases are being reported now. With provisions of zero FIR, which allows a FIR to be filed in any police station, irrespective of the place of an incident/jurisdiction, and growing outrage against victims being turned away from police stations, more rape survivors have come forth to report sexual assault.

In India itself, more cases are reported from Delhi because, in the presence of a constant media glare, it is very difficult for police officers to turn away victims without lodging their complaints. Which does not mean that Delhi is actually the most unsafe city and a nearby town such as, say, Meerut, is a women's paradise.

India has come to the point where women are reclaiming the right to venture out at nights. Recall the outrage and the outdoors protests that took place after the harassment case of Varnika Kundu shook Chandigarh. In many other countries, a mere mention of such a right, to be out, safe, at night, even alone, could risk incarceration or worse for women.

In Saudi Arabia, there is no penal code and no written law which specifically criminalises rape or prescribes its punishment.

So, if you can design the mechanism in a way that no one can come out and register a case, you can live happily in the comfort of the fallacy that it never happened. 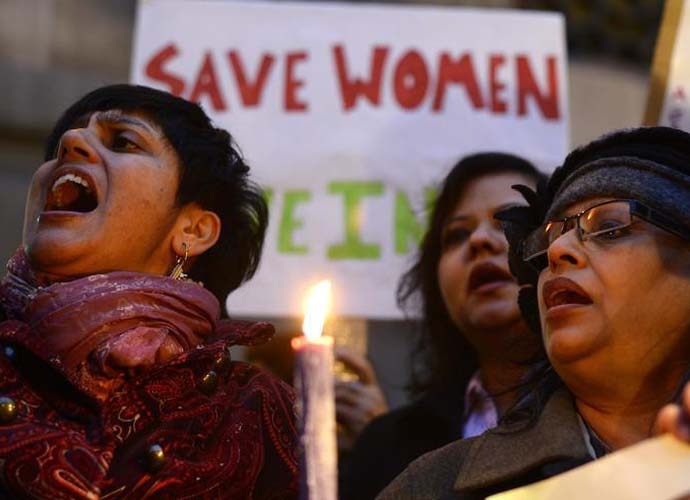 The Nirbhaya Effect: Women in India are increasingly calling out misogyny and sexual violence and asserting themselves.

Human Rights Watch, which has investigated the situation, has concluded in its reports that the rape victim is often punished for speaking out against the crime.

The point to be reiterated: India is no paradise for women — but calling it the worst in the world amounts to deliberate spreading of misinformation.

The most potent tool used to ensure the subjugation of women has been the culture card. Women in India have long been confined to the four walls of a house, then abused mentally and physically even behind those walls.

But have women elsewhere been having a party?

While female genital mutilation (FGM) in India is largely restricted to the Muslim Bohra community, it is pretty blatant and rampant across many African countries.

Periods are now being openly discussed in India, with the topic, once taboo, even turning into the theme for a blockbuster movie in this country. A Mumbai-based media company, Culture Machine, has spoken about granting women period/menstruation leave, yet again, by making the first day of period leave a reality. The ease with which such issues can now be discussed in this country did not seem possible a few decades ago. But women in India fought and won in many spheres. 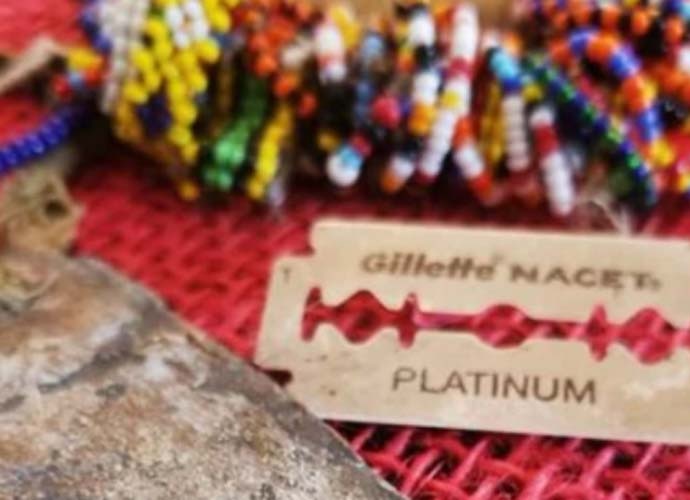 Female genital mutilation is rampant in many African countries where it is not vociferously debated. Picture courtesy: Instagram/kimydee03

Women in India have battled for their right to enter the Haji Ali sanctum and Sabarimala at a time their counterparts are fighting over the right to be allowed to abort foetuses, even in cases where it poses a risk to their lives.

Trafficking women and children for sexual exploitation is the fastest growing criminal enterprise in the world.

Women and girls account for seven in 10 victims of an industry estimated to affect 40 million people worldwide and generate illegal annual profits of $150 billion for traffickers, says the United Nations and the rights group Walk Free Foundation. Women and girls in India, the Thomson Reuters study tells us, face the biggest threat from traffickers because they are still widely considered to be sexual objects and second-class citizens. Which country in the world has accorded women the status of first-class citizens is a troubling question that hasn't been answered here though.

Experts Thomson Reuters reached out to say that while the problem is rampant across the globe, those from southeast Asia, and especially from India, are the most vulnerable because girls are seen as a 'burden' on families, 'inferior' to boys.

That is enough to explain why Thomson Reuters has jumped the gun in declaring India the worst country in the world for women.

Yes, women in India are vulnerable. Their fight for a life of dignity is a daily battle - but progress is being made. However, there are parts of this world where women don't even know what that means.

Thomson Reuters needs a deeper, more detailed and far more sensitive study to figure that out.

Meanwhile, women across the world must continue to ensure a better world for themselves — one step at a time. Just as millions of Indian women are.

#Human Trafficking, #Women in saudi arabia, #Women in india, #Women Safety
The views and opinions expressed in this article are those of the authors and do not necessarily reflect the official policy or position of DailyO.in or the India Today Group. The writers are solely responsible for any claims arising out of the contents of this article.