From funds to infrastructure to employees, there are slip-ups at every level.

Recently, Delhi heard the horrific news of the deaths of three children from starvation. Appallingly, the capital city has been struggling to tackle malnutrition among children, despite the endeavours of the government.

According to National Family Health Survey (NFHS) 4, over 62 per cent children are anaemic in urban Delhi. This speaks volumes on the state of affairs regarding child health in the national capital. 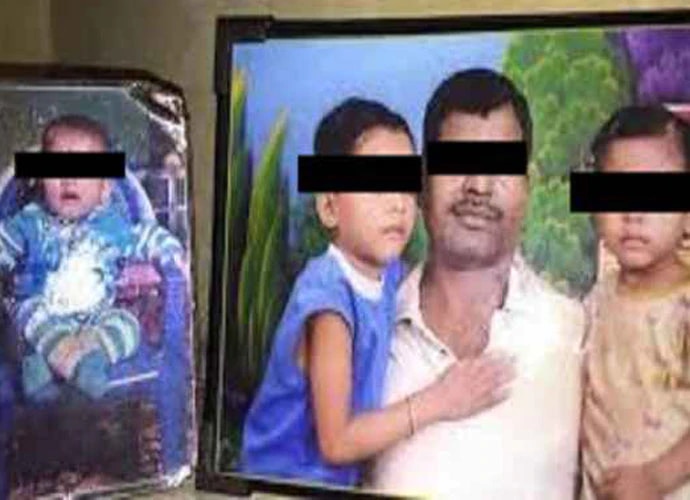 In July, three girls, aged eight, four and two, died in Delhi because they did not get anything to eat. (Photo: Twitter)

Urban poverty is considerably different from rural poverty; the set of implementation challenges are different for rural and urban, and the focus has been mostly on rural schemes. The urban debacle is huge in scope, and extends to other realms of child safety issues.

Among all the contenders, the ICDS (Integrated Child Development Scheme) makes for the most prominent case of lackluster execution in tackling urban poverty.

The ICDS was borne out of a simple but powerful premise — that the good health of every mother and child is a non-negotiable factor for the government.

Anganwadi centres (AWCs) are the carriers of the service provided by the ICDS. Formed as an answer to rising child mortality and anaemia by giving infants the required supplementary nutrition, the centres offer the children one healthy meal a day, along with a few activities that would initiate the process of learning.

However, in urban areas especially, the functioning of AWCs has been riddled with challenges, starting from limited space in rented buildings to seat all the children, lack of equipment to monitor their growth, to making home-visits for enrolling more children.

In urban slums, where both parents work day in and day out, it becomes a task for either one to leave their child at the centre, especially because it closes by the afternoon. The timing puts them in a difficult situation, as some of them are unable to come back to pick their children. Therefore, most children are either left at home in care of siblings—a case of double jeopardy for both children—or under the care of others, wherein the protection of the child comes under scrutiny.

A possible solution may be found in the crèche services under the ICDS, as they operate for longer hours, and parents can feel assured that their children are in a safe and congenial environment while they are at work. The need is to increase the coverage of crèche services and make them more accessible.

According to Global Hunger Status (GHS) 2017, India stands at the 100th position among 119 countries, which points to the gravity of the child malnutrition problem.

In Delhi, the infant mortality rate stands at 35 (per 1000 live births, NFHS 4). Only 30 per cent children under the age of 3 are breastfed within one hour of birth, against a national average of 41 per cent. This is a telling fact on the lack of knowledge transfer to new mothers. Children aged between 6 to 23 months who receive adequate diet are only a shocking 5.6 per cent (NFHS 4), and only 50 per cent of children below 6 months are exclusively breastfed, which is lower than the national average of 55 per cent.

These will have direct and dire impacts on the health of the child as she grows up, as is indeed reflected in NFHS 4 — 27 per cent children below the age of 5 are underweight and 32 per cent face stunted growth.

One can also trace the health of a newborn back to where it all started — the mother. An expectant mother will likely have poor health indicators owing to the rapid changes her body is going through. Adding to that is the stark gender divide still prevalent in societies, reflecting even in the eating habits of families, rendering pregnant women undernourished.

The AWC is to take into account these problems and ensure good health of expectant mothers by keeping them informed and by encouraging them to take health supplements. However, the NFHS 4 states that only close to 40 per cent mothers received complete antenatal care in urban Delhi, and a mere 8 per cent received financial assistance under Janani Suraksha Yojana (JSY) for births in an institution. According to the National Family Health Survey, 27 per cent children below the age of 5 are underweight and 32 per cent face stunted growth. (Photo: Reuters/File)

Another dimension to the problem of urban malnourishment has to do with the migrant population in Delhi. People, especially from the lower-income groups, migrate with their families from neighbouring states in search of jobs. Most of them have no identity cards with them, which deprives them of some of the government facilities offered, such as ration, school admission for children, and so on.

These migrant settlements aren’t marked and assessed by any governing body, so for the moving population, it is a daunting task to shift from the fringes of the society to the mainstream, and avail the facilities that are, by law, their right to seek and demand.

Urban anganwadis and persisting woes, as observed from ground

The first step in the form of a solution to these problems will be to build accountability — these are violations of both maternal and child rights that largely go unnoticed amid other issues.

On one hand, there are talks of expanding the ICDS coverage, while on the other hand, several AWCs are shutting down.

Above all, an overarching obstacle, in the event of the recent child deaths, is the slow dissolution of the safety nets— of the self, system and society.

Had there been active community support, these damages could have been averted. Empowering communities to look after themselves as well as others makes for one answer to many problems; the system has to also acknowledge that the health of any and every child shouldn’t be the last priority just because she doesn’t ask for it.

#ICDS, #Anganwadi centres, #Malnutrition, #Delhi
The views and opinions expressed in this article are those of the authors and do not necessarily reflect the official policy or position of DailyO.in or the India Today Group. The writers are solely responsible for any claims arising out of the contents of this article.

Regional Director (North) at CRY – Child Rights and You