India can celebrate Tipu Sultan as much as Shivaji: BJP can't erase history

Not breaking with tradition, the Tipu Sultan Jayanti celebration in Karnataka is at the centre of a controversy in its third year, with Union minister Anantkumar Hegde publicly asking the state government not to invite him to the "shameful" event on November 10.

The Union minister did not stop there. In his tweet, he went on to call the ruler of Mysore a "brutal killer, wretched fanatic and mass rapist".

Conveyed #KarnatakaGovt NOT to invite me to shameful event of glorifying a person known as brutal killer, wretched fanatic & mass rapist. pic.twitter.com/CEGjegponl

Tipu Sultan has long been a polarising figure in Indian history. Many have celebrated him as the "first freedom fighter" who posed the strongest military challenge the East India Company ever faced in the subcontinent, and laid down his life fighting the British. He has been hailed as an able administrator who modernised both trade and warfare, most famously using a rocket in his wars against the British. 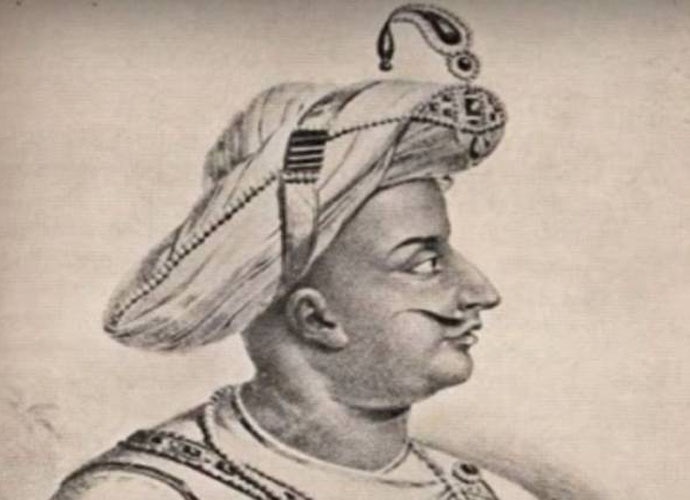 However, yet others claim that he was a brutal bigot, who killed thousands of Hindus and Christians, gave Islamic names to many places, looted temples and replaced Kannada with Persian as the official court language.

Tipu, ruling from 1782 to 1799, might very well have been all of the above. But in 2017, both his supporters and detractors are twisting history, by applying to his regime concepts that did not exist during Tipu's time.

To call Tipu a nationalist at a time when no evolved concept of nationalism existed is to give him laurels he never aspired for. Tipu was fighting to save his kingdom from the British, and his wars against the colonisers cannot be attributed to unselfish patriotism alone.

However, to reduce him to nothing but a "Hindu-Christian killer" is a bigger disservice to history. Rivalries in the eighteenth century were among kingdoms, not communities. India's history has enough space to celebrate both Chhatrapati Shivaji and Tipu Sultan — and to portray Shivaji as a Hindu hriday samrat and Tipu as a villain is an attempt to divide a shared history and heritage, and diminish both historical figures.

By all accounts, Tipu Sultan was indisputably a valiant warrior, participating in four Anglo-Mysore wars from 1767 to 1799, three times as king. He was a great administrator, credited, among other things, with coming up with a land revenue system, promoting sericulture - which continues to be a major industry in modern-day Karnataka - and being the first to plan what later became the Krishna Raja Sagara dam on the Cauvery. Tipu is, perhaps, best remembered for being among the earliest known rulers to deploy a rocket in warfare, much to the shock and confusion of the British. According to a lecture in the archives of the National Aerospace Laboratories by aerospace scientist Professor Roddam Narasimha: "The Mysore rockets of this period were much more advanced than what the British had seen or known, chiefly because of the use of iron tubes for holding the propellant; this enabled higher bursting pressures in the combustion chamber and hence higher thrust and longer range for the missile."

These rockets later became the prototype for the Congreve rocket.

The BJP government has long sought to show that ancient India was far ahead of the West in terms of technological advancement. When we can celebrate Ravan's Pushpak Viman as the first aircraft and Lord Ganesha as the first recipient of plastic surgery, it is regrettable that the patron of the modern rocket is not granted respect on account of his religion.

Tipu Sultan was a monarch, defending his kingdom against many challenges. He inherited the kingdom from his father Hyder Ali, who had usurped it from the Wodeyar dynasty. Tipu's hold on the throne, therefore, was not well-established, and he faced many rebels.

Author and researcher Kate Brittlebank has written in an article in The Indian Express: "The tactics adopted to deal with such rebels were what we would now refer to as "shock and awe". Those on the receiving end of Tipu's wrath were left in no doubt that he meant business. Executions, mass transportations from Kodagu and the Malabar coast, and forced conversions resulting in the loss of caste were all means of punishment, an example to others who might be contemplating rebellion."

This treatment of rivals was not unique to Tipu. To read it through a communal lens is to distort history for political gains. Also, the accounts that detail Tipu's atrocities, mainly by the British and the king's own historians, are very well likely to be biased. 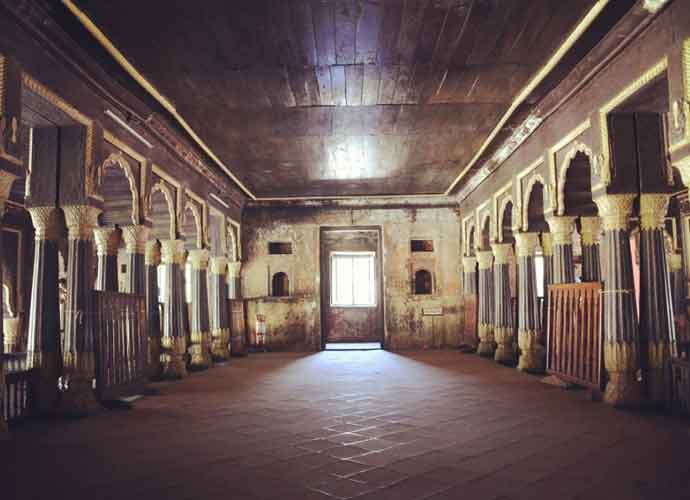 Tipu Sultan's summer palace. It is undeniable that he was a valiant warrior and an able administrator. Photo: Wikimedia Commons

The East India Company had interests in demonising Tipu to justify and gain support for attacks against him, while Tipu's own historians would have exaggerated the number of people killed and converted to establish a fearsome image of the Sultan.

No one had taught Tipu Sultan the monarch the concept of secularism. But the BJP, ruling over a secular, democratic republic, supports conversions through what it calls "ghar wapsi", opposes Christian missionaries, and has been on a name-changing spree to make places conform with what it believes is "Hindu culture".

Tipu had changed the language in which his court was to work, the BJP wants to impose the language of its preference - Hindi - on the entire Indian subcontinent.

Historical facts can be cherry-picked to create any narrative - for example, Tipu's supporters have cited his protection of the Sringeri temple when the Hindu Marathas ransacked it. However, such a narrative will be fractured and unjust.

Tipu Sultan was a product of his times, and judging him by standards not in existence then is unjust. His achievements enrich Indian history as much as Chandragupta Maurya's or Ashoka's. To revisit history is one thing, to attempt to revise it is another.

India is not a Hindu nation for BJP leaders to check what faith historical figures were born into before we decide how much respect to accord them.