PM Modi interacted with the Indian athletes going to the Olympics through video conferencing.

A short while ago, PM Modi took to video-conferencing to interact with the Indian contingent headed to the Tokyo Olympics. This catching-up comes days before the first contingent leaves for Tokyo, where the Olympics will commence on July 23. That's exactly 10 days from now. 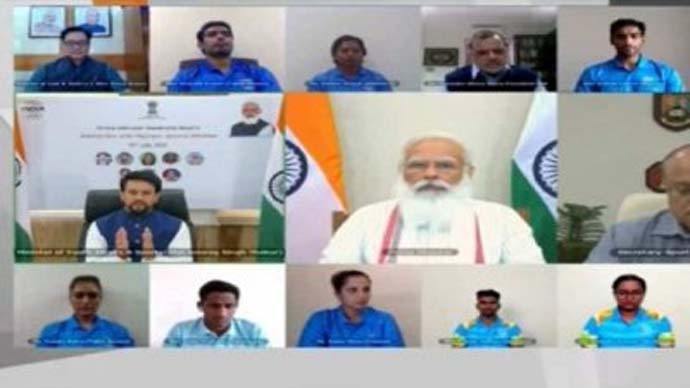 PM interacting with the Indian contingent to Tokyo Olympics.

The PM began his lively interaction by congratulating Deepika Kumari on her gold medal in Paris. He then switched to Marathi to speak with archer Pravin Jadhav. He greeted Jadhav in his mother tongue, asking "Kasa kaay (How are you doing)?”

The interaction was meant to be a morale booster for the participants who will leave on July 17 for Tokyo. You can watch the entire conversation here.

While the athletes are headed to the Far East, troubles from our neighbours to the West refuse to cease.

In the latest revelation, it has come to light that earlier this year, Pakistan-based hackers targeted the critical infrastructure of the Indian power sector and one government organisation in India, using a new malware. This was revealed by Black Lotus Labs, a threat intelligence arm of US-based Lumen Technologies. The Pakistani hackers used RAT to hack. Not the vermin, but Remote Access Trojan (RAT) — a program that enables covert surveillance and unauthorised access to victim’s computers. Last year, Chinese hackers targeted India's power sector organisations, when tensions between the two countries were high due to the border standoff.

While our irksome neighbours use technology to create trouble, at home, techies make us proud by using technology to solve crimes. The latest entrants to the list is a group of 26 specialists including IITians who helped Maharashtra cyber police to catch hold of a scamster who duped actor Shabana Azmi online.

In more news (not so good) from Maharashtra, an inter-faith wedding had to be stalled because of the social media outcry on 'love-jihad'. Predictably, it was a Hindu bride and a Muslim groom. The invite for the wedding— scheduled for July 18 at Nashik — went viral on social media and enraged social media users who described the union as ‘love jihad’. An inter-faith wedding had to be stalled in Nashik because of the social media outcry on 'love-jihad'. (Representative photo: Reuters)

While the attitude of the netizens is disturbing, what else is disturbing is the attitude of people who have started travelling again with no masks or following Covid-appropriate precautions. And it is not just us who are disturbed, but also the PM. Interacting with the Chief Ministers of the Northeastern states over the Covid-19 situation today, the PM said that the situation is worrisome. The governments in the NE states have been asked to stay alert and watch out for rising cases.

Now to news from the North.

After making people wait a rather long wait, monsoon has finally arrived in North India, which has been reeling under an unforgiving heatwave. The Indian Meteorological Department (IMD) has forecast "heavy to very heavy rains" in the region.

On one end, the long-delayed monsoon arrived in Delhi, bringing heavy rains and thunderstorms and plenty of joy amidst the sweltering heat, the rain gods weren’t so benevolent farther north in Himachal Pradesh, where three people have died and nine others are reported missing after flash floods washed away over a dozen houses in two remote Kangra villages. The IMD has had a tough time this year forecasting the advancement of monsoon over Delhi. Usually, the monsoon reaches Delhi by June 27. It covers the entire country by July 8. This time, however, the monsoon marks a record delay: something that last happened 19 years ago, in 2002.

Our Word Of The Day today is delay. The Oxford Dictionary defines it as ‘a situation in which something does not happen when it should.’ It comes from the Old French word deslaier (“to leave”) which in itself stems from the Proto-Germanic word latjaną (“to delay” or “hinder” or “stall”).

This morning, India had to deal with heartbreaking news. A man who played a pivotal role in bringing home India’s first Cricket World Cup has passed away. Former India batsman and member of the 1983 World Cup-winning side Yashpal Sharma succumbed to a cardiac arrest this morning at his home in Noida. 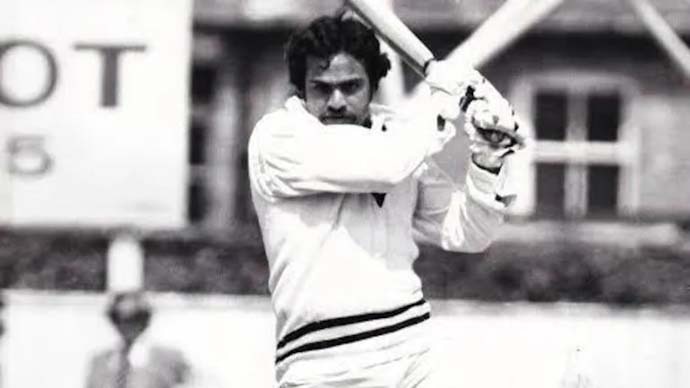 Former India batsman and member of the 1983 World Cup-winning side Yashpal Sharma succumbed to cardiac arrest this morning.

He was the backbone of India's middle-order in the 1983 World Cup and set the tone for Kapil's Devils with a gutsy 89 against the defending champions West Indies in the first group match of the tournament.

Today also happens to be the birth anniversary of a talent that sent her Indian voice to space! Indian classical vocalist Kesarbai Kerkar was born on this day 129 years ago. Honoured by Rabindranath Tagore with the title 'Surashri', Kerkar’s was the sole Indian voice to be a part of Nasa’s space probe Voyager I — the first man-made object to enter the interstellar space.

How? Allow us to explain.

A phonograph record, a 12-inch gold-plated copper disk containing sounds and images selected to portray the diversity of life and culture on Earth was compiled by American astronomer Carl Sagan to reflect the global cultural diversity. It was called The Sounds of Earth. The notes ranged from Beethoven to Bach. And to represent Hindustani classical music, the track selected was Kerkar’s rendition of ‘Jaat kahan ho akeli gori’ in Raga Bhairavi.

This was in the year 1977 — ironically the same year Kerkar passed away. But long after she’s gone, her voice continues to resonate in outer space. You can listen to the album here. And as you listen to her voice, consider munching on onion fritters along with a steaming mug of chai.