Performing stunts on trains and train tracks is not cool

The problem also seems to be in the way 'role models' behave in India.

A video showing seven young boys in Uttar Pradesh's Ghaziabad jumping from a train track into a river just when the train was about to hit them has gone viral online.

The video sends a chill down the spine as the boys start jumping one-by-one into the river with the train approaching them at high speed. The train was very close to hitting the last boy. All of them were very lucky to have been able to dodge the train.

After the video went viral, police investigation found that the bridge from which the boys were jumping was in the Masuri police station area and ran across the Upper Ganga Canal.

Cops at Masuri police station told the Times of India there have been reports in the past of dangerous stunts being performed in the area.

"On Saturday, a team of policemen issued warnings in Masuri over a public address system against performing stunts like these," SP (rural) Rakesh Pandey said.

This comes not too long after a video had gone viral showing a Mumbai youth riding on top of a moving local train.

With this new craze for daredevilry, the authorities have to think hard about how to ensure safety of the travellers.

The problem also seems to be in the way "role models" behave in India. Bollywood actor Anil Kapoor, who caught a local train from Mumbai's Churchgate station, was photographed leaning out of the compartment while standing on the footboard this week. 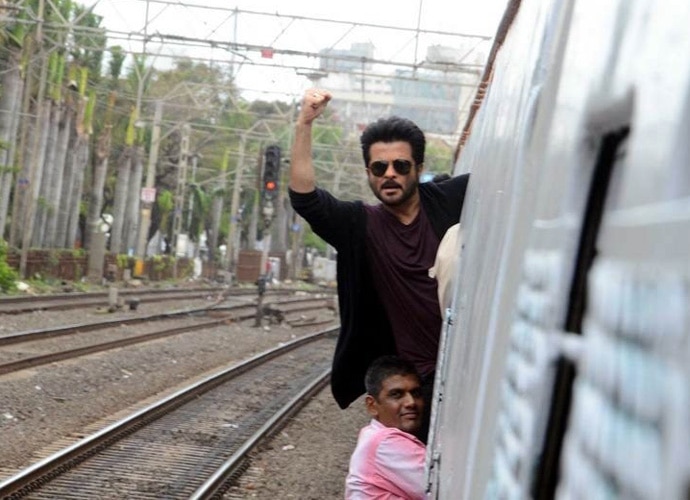 Anil Kapoor seen leaning out of the compartment of a local train in Mumbai. Photo: Twitter

The actor might've been promoting the next season of the Indian adaptation of 24, but he needs to find better, more constructive ways to do it.