How Jharkhand, a state carved out for tribals, is now oppressing them

The slogan "Loha nahi anaaj chaahiye", continues to make sense even today as the adivasis carry on with their struggle.

The Opposition parties and civil rights organisations in Jharkhand have called for a "24-hour mahabandi" (strike) on July 5 to protest the President's approval to the Right to Fair Compensation and Transparency in Land Acquisition, Rehabilitation and Resettlement (Jharkhand Amendment Bill) 2017. 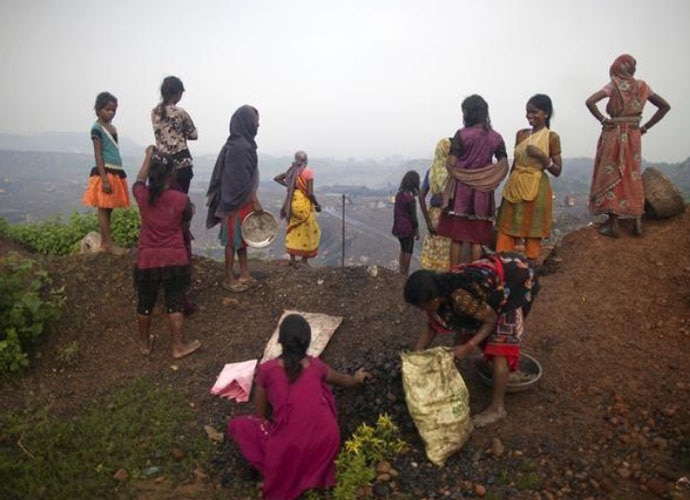 It is one of the many forms of protest over land rights which the state has witnessed in recent years. In 2015, a 'public shit protest' was organised against the Land Acquisition Bill. The agitation saw copies of the proposed law being used as toilet paper. Will the current protest raise a stink? Only time will tell.

Jharkhand is inching towards completing two decades of its inception in 2020. A hope which turned into a struggle and then into a movement for a state is past the initial euphoria of positivism.

Much of the 20th century local politics in the Jharkhand region of India revolved around the formation of a separate state. At first, this movement was dominated by tribals (adivasis), who called for a separate state for the Chota Nagpur region's tribal population. From 1960s onwards, the movement had to broaden its scope as adivasis declined as a proportion of the region's population. Thereafter, support was garnered around the grievances created by economic transformation and brought all such groups together. Adivasi politics in Jharkhand has been synonymous with the politics of 'jal (water), jangal (forest) and jameen (land)' as adivasi communities have come into conflict with the state over access to these key natural resources and the uses to which they are put.

Land has been a contentious issue in Jharkhand even in the pre-modern times. When British colonial administrators visited Jharkhand, they made the Chota Nagpur king a landlord. In turn, the king would provide the administrators a huge annual tribute. This was the same period when landlords started migrating to the region along with moneylenders and traders who got a freehand in exploiting Jharkhand's natural resources.

The Britishers also made another significant change which prompted a rebellion. Village lands, which had traditionally been owned as common property, were turned into alienable land ie transferable to another's ownership. They also restricted the rights of local communities both to use forests and to reclaim forest land for cultivation. The Kol rebellion of the early 1830s and the Santhal hul (in local language hul means a movement for liberation) of 1855 both focused around the issues of land alienation, the exploitation of adivasis by moneylenders and merchants and the settlement of tribal lands by 'dikus' or outsiders.

In response, they imposed the 'Wilkinson Rules' that prevented new immigrants from owning land without government permission and conducted a major land survey between 1869 and 1880, which sought to establish a record of rights detailing the location of khuntkatti dari and bhuinhar lands. Any land which was not settled or owned was appropriated.

Discontent among adivasis resurfaced between 1890 and 1895. The Birsa rebellion led by the much celebrated 19th century tribal warrior Birsa Munda gathered momentum in its struggle for agrarian reform and an end to British rule.

His aim was to 'create adivasi rule in Jharkhand and restore adivasi lands, forests and commons that were illegally claimed by the colonial government and the dikus'. The uprising met with a violent response from the Britishers. The colonial state did go on to pass the Chota Nagpur Tenancy Act of 1908, however, that did little to prevent the alienation of adivasis.

Frequent protests legitimised the 'idea of violence' over land rights by activists within the Jharkhand movement. In particular, tribal land continued to be acquired by the state and private companies for industrial use by virtue of the Land Acquisition Act of 1894 on the grounds that such usage would serve 'a public purpose'.

A similar pattern continued after independence. Since the 1950s, a huge chunk of tribal land has been lost to industrial development and in the 1990s alone, 90,000 people were displaced by the Damodar Valley Corporation. Successive governments in Jharkhand have failed to employ 'one family member in the industry that comes to occupy his former home'.

Although the initial response to state-sponsored land alienation was one of passive consent, 1965-1975 marked a period of struggles for compensation for land lost to mines, industry, dams and other development projects. According to Stan Swamy, a Ranchi-based social activist, who works for tribal rights, around 20 per cent of the area that now constitutes Jharkhand has been diverted for development of mines and dams since independence and has caused displacement of around 4 million people.

From 1975 onwards, such development programmes were greeted with more active resistance and violence specifically in the context of land acquired by the state for broader development purposes. From the time of British expansion until the turn of the 21st century, the history of Jharkhand overlapped with the history of Bihar.

On November 15, 2000, after decades of growing discontent, especially on the part of the indigenous peoples, Chota Nagpur was separated from Bihar to become Jharkhand, literally the land of forests, the 28th state of India.

Tribals today constitute 28 per cent of the population. A state formed by and for the tribals has today hardly been able to achieve any of its initial goals. With rampant corruption and no stable government, Jharkhand continues to be one of the poorest states in terms of health and nutrition despite being the richest resource wise. The state contains 40 per cent of India's most valued minerals. It has also been at the centre of the Naxalite-Maoist insurgency with 19 out of its 24 districts being classified under areas affected by left-wing extremism. Since its formation, adivasis have been protesting against various projects of corporate giants such as Kohinoor Steel Plant, Bhushan Steel, Jupiter cement factory, Tata Steel, ArcelorMittal, Jindal Steel, Essar Steel, and CESC Limited. In 2008, the villagers attacked the Kohinoor steel plant near Jamshedpur vowing that they would not allow the company to destroy their livelihood.

Seventy trucks were seized and the work was forcibly stopped. The villagers alleged that after acquiring their agricultural land, the company neither compensated nor gave them jobs as promised. Moreover, the company was also causing alarming environmental damage.

In another case in 2008, the villagers attacked and paraded three surveyors of Bhushan Steel, who were conducting land survey near Sarmanda river at Potka of East Singhbhum district. They justified it by saying, "We had already declared our decision of not giving our precious land to the Bhushan Company but despite that these people were measuring our land without informing us, therefore, they were taught a lesson."

One of the most recent in line is the Adani power project in the Godda district of Jharkhand. Godda is part of the Santhal Parganas division, which is governed by the Santhal Parganas Tenancy Act that does not permit the transfer, lease or sale of agricultural land, barring a few exceptions.

It is the same Santhal Parganas which witnessed a rebellion in 1855 against an oppressive land tenure system introduced by the British. The plant has been established to supply electricity to Bangladesh and many have been left asking what "public good" it serves.

The protests by adivasis against the state-corporate nexus go on as they continue to demand rights from a state which was formed for them. The slogan which has been reverberating since the beginning of the hul movement continues to make as much sense today — "Loha nahi anaaj chaahiye" — as the adivasis continue their struggle.

Also read: Is God male or female? Why this US church is debating it now

#Adivasis, #Jharkhand, #Land Acquisition, #Tribal Rights
The views and opinions expressed in this article are those of the authors and do not necessarily reflect the official policy or position of DailyO.in or the India Today Group. The writers are solely responsible for any claims arising out of the contents of this article.

A postgraduate in social work from Tata Institute of Social Sciences and is working as an associate consultant with the Policy and Development Advisory Group.