Why I think the triple talaq bill is an absurd legislation

Joseph Heller wrote Catch-22 around an absurd fictional World War II American law that allowed US Air Force pilots to be exempted from flying missions only if they were found to be insane. However, anyone who requested for discharge on the ground of insanity was clearly sane enough to understand that he posed a danger to his own life and the lives of his comrades and so was not entitled to be discharged.

Heller wrote the book to demonstrate the absurdity of war. In the theatre of the absurd that India is fast becoming, we have bettered Catch-22. Our magnum opus is called the Muslim Women (Protection of Rights on Marriage) Bill, 2017. The Supreme Court in Shayra Bano vs Union of India case held that the practice of triple talaq is illegal and is set aside by a majority of 3:2. The Supreme Court repeatedly clarified that only talaq-e-bidat or instantaneous triple talaq in a single sitting was under challenge and other forms of talaq were not. So what is the upshot of the judgment? The practice of triple talaq is no longer recognised by Indian law and if pronounced by the husband does not take effect. Consequently, the marital tie would not be broken and the marriage would continue to subsist.

Talaq-e-ahsan and talaq-e-hasan, the Quranic forms of talaq involving three months' notice and attempts at reconciliation and mediation are now the only methods of divorce available to Muslim husbands. Saying "talaq talaq talaq" is now legally no different in its effect from saying "kabaddi kabaddi kabaddi". So what remained to be legislated upon? In short, nothing.

But happy endings do not ensure an election win. The tap of the milk of human kindness that flows out of concern for Muslim women among sympathizers of the Sangh Parivar has to be kept running. There are several crucial elections coming up, including those in Rajasthan, Madhya Pradesh and Karnataka, not to mention that 2019 is also now around the corner. And so Modi Inc brings to you its latest theatrical production in seven sections.

The Bill is an affront to logic and understanding of legal principles which, if written by even a first-year law student, would have failed him in his exams. Section 1 (short title) is a lie because whatever else it may do, this Bill does not protect the rights of Muslim women. Section 2 is simply definitions. Section 3 insofar as it declares the pronouncement of triple talaq by a person upon his wife to be void is only stating law that has already been laid down by the Supreme Court. Then comes the catch. Such a pronouncement shall also be illegal.

This, illegality is to be read with Section 4 which prescribes a punishment of three years for any person who pronounces talaq in this fashion. But if saying the word talaq three times legally has no effect at all, then what is being criminalised here? Needless and meaningless repetition? How one wishes such a law was available against news anchors and lawyers practising in our courts. Or is it criminalising the demonstration of a desire to divorce? If so, then equal treatment under Article 14 of the Constitution would demand that any Hindu, Christian, Sikh or Parsi expressing a desire to divorce his wife should similarly be imprisoned. Mind you, the giving of divorce is not illegal, except perhaps under Biblical law and the Shastras. So expressing an intent to do a legal act cannot by itself be illegal. It's just that without following the legal process, divorce does not take effect.

And if this is now just a meaningless phrase, then how is saying it aloud not protected by the freedom of speech contained in Article 19(1)(a)? Under Article 19(2), freedom of speech can be reasonably restricted only on the enumerated grounds of it not being in the interests of sovereignty and integrity of India, security of the state, friendly relations with foreign states, public order, decency, morality, contempt of court, defamation and incitement to an offence. So which of these grounds is being invoked? Friendly relations with foreign states, perhaps. Our government's stand on issues concerning Muslims and Islam is no doubt bringing us closer to the Donald Trump and Aung San Suu Kyi regimes, among many others.

So then what is this about? Is it because pronouncing talaq thrice is derogatory to the Muslim women our Hindu rashtravadi sarkar is so fond of? So "talaq talaq talaq" has now become a bad word. Well, actually it's the same word said thrice but saying "talaq" once is not a bad word. In fact, said once, it actually has the effect of commencing the notice period required for talaq-e-ahsan or talaq-e-hasan at the end of which divorce takes effect. But said one time too many, makes it a criminal act. So "talaq" has joined "dal" and "balley" in the list of words repetition of which changes the meaning and effect completely. Like BJP is a "dal" but may not take too kindly to being called a "daldal". Our cricket team has many "balley-baaz" but since Bhajji, we have had no "balley balley baaz". Okay, now I'm just getting carried away.

The only analogy that suggests itself is the Scheduled Castes and Scheduled Tribes (Prevention of Atrocities) Act, 1989 which criminalises the saying aloud of a caste name in public to a member of a SC/ST community. Except, talaq talaq talaq doesn't even have to be said in public. It can be said to the wife in private and still land you in jail. So she may be the only witness and it's her word against the husband's. Potential for misuse, you say? Sir, the legislation itself is a misuse of the law-making process. We cannot afford the luxury of worrying about misuse of the law itself.

So repetition three times of an otherwise legal term which affects no one and alters nobody's rights lands a man in prison. But the worst is not yet over. Section 5 entitles a woman on whom triple talaq is pronounced to maintenance for herself and her children. But wait, if divorce has not happened, then where is the question of maintenance? If this is maintenance that can be ordered by a magistrate for neglecting a wife, then that's already provided for in Section 125 of the Code of Criminal Procedure, 1973. 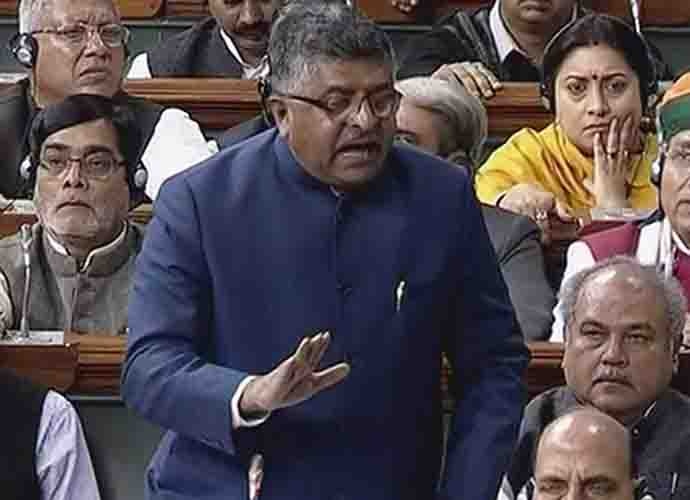 The Supreme Court has time and again including in Noor Saba Khatoon vs Mohd Qasim, (1997) 6 SCC 233 case held that Section 125 CrPC applies equally to Muslims. So like any other married woman who is not provided for by her husband, a Muslim wife can approach a court and get an order of maintenance under Section 125 CrPC for herself and their children for an amount commensurate with the income of the husband. So Section 5 adds absolutely nothing to the law there either. Except that if the husband is in jail, then who is going to pay maintenance? What surer way can there be to ensure destitution of a dependent wife and her children than to ensure that the husband and father is sent to prison? And just to make sure no stone is left unturned in the quest to scuttle the maintenance paying capacity of the husband, the offence has been made non-bailable.

Who do the children belong to?

Section 6 grants the custody of the minor children to the woman on whom triple talaq has been pronounced. But again, if the marriage still subsists, then where is the question of custody of children? Perhaps the legislature is clarifying that the custody of the children will not be with the father because he himself is in custody. In fact, Section 17 of the Domestic Violence Act, 2005 gives the wife (because she is still married) the right to continue to reside in her matrimonial home. The Supreme Court verdict in Shayara Bano coupled with the Domestic Violence Act actually gave every Muslim woman on whom triple talaq is pronounced the right to continue to enjoy all rights arising out of marriage including residence in the matrimonial home. The provisions of this new law actually whittle down the impact of the Supreme Court judgment by meaninglessly enacting provisions that operate as if that marriage has been annulled by the pronouncement.

Section 7 merely says that this heinous crime of meaninglessly repeating yourself shall be cognisable and non-bailable. Naturally, since the offence of saying "talaq" thrice carries a greater punishment than causing death by negligence (two years under Section 304A IPC) and the same punishment as sedition (under Section 124A IPC), it is only natural that it should be both cognisable and non-bailable. Incidentally, since the offence is cognisable, any third person can register an FIR. The police do not need a warrant to arrest the husband. And there is no provision for compounding.

So the wife is powerless to ask the court to close the prosecution. In a situation where the husband says talaq thrice in a moment of anger and later repents, according to the Supreme Court, they continue to remain married and can forgive and forget (not like she'll ever forgive and he'll ever be allowed to forget, but theoretically speaking) and move on with their lives. But under this law, a meddlesome relative, neighbour or bystander can register an FIR and land the husband in jail and leave the wife struggling through our litigant friendly criminal justice system. Therefore, it is imperative that prominent Muslim women and women's organisations come forward and say in one voice: Not in my name.

The Bill has so far only been cleared by the Lok Sabha and still has to be passed by Rajya Sabha to become a law. It is surprising the government did not try to get this legislation passed as a money bill to avoid going to Rajya Sabha at all. That would be absurd, you say? That ship sailed long ago for this Bill, my friend. Actually, the Bill going to Rajya Sabha and (hopefully) getting stalled is perhaps part of the plan of the political propaganda machine we these days are forced to call the central government.

By enacting a Bill supposedly for the benefit of Muslim women, the BJP will try to claim moral high ground as champions of women's rights.

If Congress and other Opposition parties oppose the Bill in Rajya Sabha, the government's pet news anchors will scream on primetime TV accusing them of misogyny and, that worst of all political crimes, appeasement of Muslims. The question now is, will the Opposition take a stand and call out this law for the travesty of logic and justice that it is or will it pussyfoot around and become another protagonist in this theatre of the absurd.