The people who say population control will happen on its own because people will slowly get educated and aware are those who have crossed the fine line between optimism and foolishness and forgotten that a slow response won't address the problem that is growing exponentially even as this piece is being read. 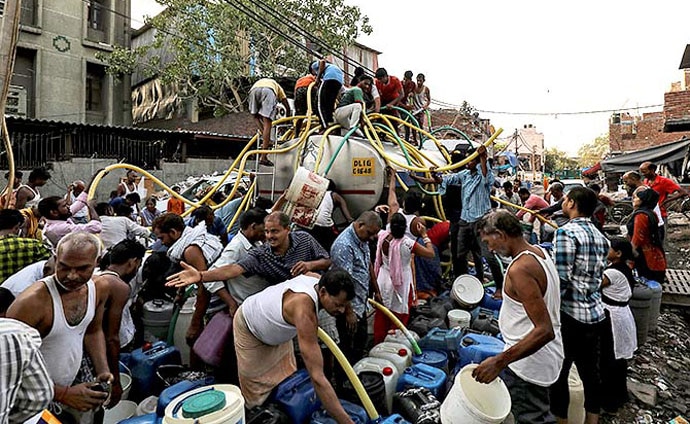 A slow response to the problem of population won't work for India. (Photo: Reuters)

The optimists believe resources are unlimited and the problems of deprivation can be resolved by doing the maths right when it comes to resource allocation. They cite examples of the income gap between the rich and the poor. This argument laced in a noble appeal for egalitarianism discounts the fact that people need more than just currency notes or plastic cards to live.

It is obvious, but since the most obvious things are often hard to figure out, it must be stated: land, water and air would not start to increase because we believe in the nobility of the idea of egalitarianism. Of course, there is mismanagement and the Indian example shows the world that mismanagement is a natural outcome of a population bulging at the seams.

According to a new research, produced by Climate Central, a New Jersey-based science organisation, and published in the journal Nature Communications, much of India's financial capital Mumbai is at risk of being wiped out due to the rising seas by 2050. At greatest risk are the city's downtown areas. Much of India's financial capital Mumbai is at risk of being wiped out by 2050 due to rising seas. (Photo: Reuters)

In Mumbai, there was no space to build a car shed, part of the Mumbai Metro project, resulting in the felling of over 2,000 trees. Mumbai locals, ironically called the city's lifeline, are so crowded that the news of people falling off them and dying are just one of the many tragedies people take on the chin in true Mumbaikar spirit that has gotten numbed to tragedies.

We have taken them in our stride much like the fact that we are on our way to surpassing China by 2024.

Those who travel on Delhi Metro's Blue Line can never be sure about how long their travel time would be because the line is ridden with technical snags. Metro officials concede the burden on the line has been greater than what it was meant to cater to. The Delhi Metro Rail Corporation estimated that the ridership of the line by 2016 would be 9.18 lakh per day but in August 2015, it was 11.94 lakh in a day. In May this year, the average utilisation of the line was 1.42 million - that is, 14.2 lakh.

Many people cite the example of China to draw home the point that the two-child policy won't work in India because Beijing had to announce a partial withdrawal of its Malthusian family planning or one-child policy. They however ignore the most fundamental difference in the two approaches.

In China, which faced the 4-2-1 problem (four grandparents, two parents and one child), the fertility rate - the number of children a woman can expect to have during her lifetime - had sunk well below 2.1, the level required to keep the population stable in the long term, forcing the government to relax the norms.

Human overpopulation is among the most pressing environmental issues, silently aggravating the forces behind global warming, environmental pollution, habitat loss, the sixth mass extinction, intensive farming practices and the consumption of finite natural resources at speeds faster than their rate of regeneration.

This cannot be fixed by effective and equitable allocation of resources.

Even though Prime Minister Narendra Modi has raised concern over a possible 'population explosion', the Indian government does not have any plans to implement a two-child policy since it is a signatory to the International Conference on Population and Development (ICPD) declaration. 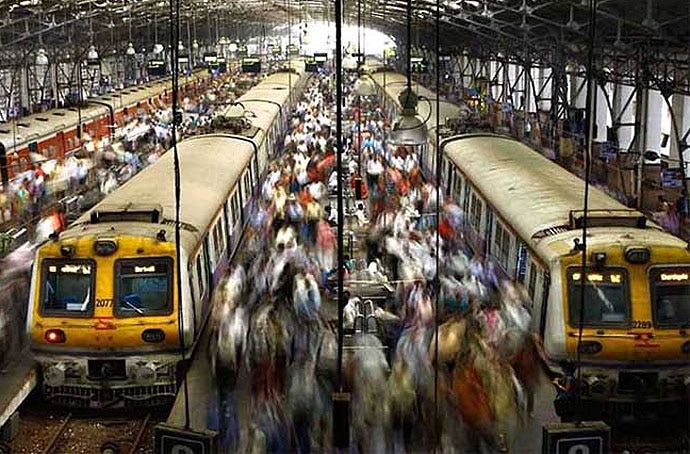 The age of welfare state has ended. The public sector is under siege world over. (Photo: Reuters)

The ICPD Programme of Action, adopted in 1994 by 179 member states, lays out a far-sighted plan for advancing human well-being that places the human rights of individuals, rather than numerical population targets, at the centre of the global development agenda.

Despite India becoming the first country to have a policy for population control in 1952, we have continued to grow unabated, counting over 1.3 billion today. At the time of Independence, we were approximately 390 million.

A concern often cited in China while decrying the one-child policy was that China's population is ageing and the onus of taking care of the elderly in the family falls on the one child the family has. So, more kids mean more young people to take care of the old.

The age of welfare state has ended. The public sector is under siege world over. The arms of the state that provide the social safety net and protect citizens' well-being are especially at risk. The erosion of the state as an institution can be seen in cuts to social programmes and government jobs, underfunded infrastructure, sale of public assets and disinvestment.

India's human capital is moving towards turning into its own nemesis. With increased mechanisation, labour would gradually become redundant. With more people out of jobs, social unrest is the only likely consequence.

It is time Indian population saved itself from its rising numbers.

Post your comment
#One Child Policy, #Population control, #Badaruddin Ajmal, #Two-child policy
The views and opinions expressed in this article are those of the authors and do not necessarily reflect the official policy or position of DailyO.in or the India Today Group. The writers are solely responsible for any claims arising out of the contents of this article.