UGC's move to curb dubious publications was much needed to stop the menace of the prolific volume of research articles published in predatory journals.

On June 14, 2019, the University Grants Commission (UGC), which is the regulatory body of higher education in India, released a public notice on ‘academic integrity’ that was intended to protect the Indian academia from the menace of dubious publications and promote an environment of quality research in the country. In the same note, the UGC notified the setting up of a Consortium for Academic Research and Ethics (CARE) to continuously monitor and maintain ‘UGC-CARE Reference List of Quality Journals’ across disciplines.

The move, albeit delayed, was a laudable one that was definitely needed to stop the menace of the prolific volume of research articles published in predatory journals — many of which are plagiarised and also miss the basic tenets of research. It is pertinent to mention here that the malady of plagiarism and the mushrooming growth of dubious journals in India was due to linking of publications to the academic performance of teachers.

Right from the entry-level to career promotions and acquiring research degrees, these publications became a defining criterion. Thus, over a short period of time, thousands of journals surfaced in the academic space to provide the scholars, researchers and academicians the platform to publish research articles on a “pay and publish” mode. Quite a few of these publications mushroomed due to the surge in online journals and became a conduit for money payment for publishing by many researchers who don’t do actual research. These dubious publications also use some combination of names of reputed universities and think tanks and lure both the genuine and opportunistic individuals looking for avenues for publishing. A few go even further in inviting these scholars to present their studies for some seminars with huge participation fees and social media publicity. Some even facilitate ghost writers for such research papers for hefty sums. 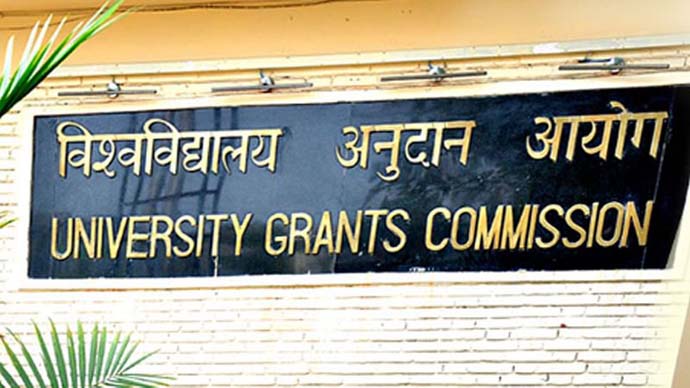 The issue of academic misconduct is a global phenomenon. But its intensity is much higher in the higher education space in India. UGC’s curb on these predatory journals has relegated many of them into non-entities. But some daring ones have still thrived outside the list and are back with innovative operations. They operate as print journals without web linkages. They make a clone copy of these journals and offer publication space to academicians and researchers, who easily fall to their bait because of the acute shortage of quick-publishing journals. Clone journals like Clio, Tathapi, Purakala, Alochana Chakra Journal and Mukt-Shabd have been publishing over a thousand research articles in a single month and making huge sums. The last two journals named above are still continuing their dubious actions. Clearly, the UGC has to be far more stringent and notify criminal actions against such platforms. Likewise, the individuals who have been duped into paying fees for publications should also file cyber crime cases, as most of the payments have been made online to identifiable entities.

The UGC’s step also included removal of the earlier list of UGC-approved journals and its replacement with the CARE list of journals. It has warned the academic community to desist from contributing to predatory journals and advised the universities and colleges to accept publications in CARE-approved journals from June 14, 2019. Initially, the CARE list was grouped into four categories, but later trimmed to two broad groups. Group-A journals consist of certain quality publications from the previous UGC-approved list journals recommended by UGC-CARE Council members, and the ones submitted by UGC-CARE universities. Journals enlisted in the Web of Science or Scopus find automatic entry to the Group-B list of CARE.

However, UGC should have also worked out a bridge arrangement, whereby many genuine research papers that would have been published before the June 14, 2019 notification in the fraud journals should have been allowed to be published in the genuine ones, subject to their following the norms prescribed for submission. Or for that matter, those published between June 14, 2019, and July 1, 2020, when UGC-CARE revealed the list of 24 clone journals. An amnesty of some stringent form should have been made available by UGC for such publications for the gap period so that the research time is not lost by genuine academics, who now also face the stigma of publishing in a fraud journal and subject to harassment by the society, colleagues and even students. Such an arrangement based on self-attestation or from the immediate supervisor would have been a prudent move, given the large scale of impacted academicians, and would also help protect the intellectual property of these publishers. Many of them also feel that the UGC-CARE erred in its responsibility as a watchdog to disclose the names of the notorious journals to the authors.

As a step forward in realising the goals of clean academic papers, the reference to global standards and entities as an index is pertinent. The Committee on Publication Ethics (COPE) — involved in publication ethics for more than two decades — has been a good example globally with the aim of moving the culture of publishing towards one where ethical practices become a normal part of the publishing culture. Likewise, the European Code of Conduct for Research Integrity (ECCRI), San Francisco Declaration on Research Agreement (DORA) and the Leiden Manifesto have been exemplary reference points for academic publishing conduct and protocol. Back home, the Policy Statement on Dissemination and Evaluation of Research Output in India — notified by the Indian National Science Academy in 2018 — is a comprehensive list to follow. Hopefully, UGC-CARE will be able to clear the cloud in this academic research space in the same spirit as these arrangements have been secured.

Needless to say, the UGC (Promotion of Academic Integrity and Prevention in Higher Educational Institutions) Regulations 2018 has not been enforced properly and the menace was allowed to continue for a significant period of time before the step in notifying UGC-CARE last year. And even after that, a year elapsed before the list of cloned publications was published.

The role of Vice-Chancellors, selection committees, as well as academic guides, have been wanting if such a large-scale predatory action was on, whereby many of them were even editors and referees of such dubious publications. As a prudent measure, UGC-CARE should publish an updated list of non-conforming publications and their details every month, and at the same time, initiate criminal action against them. Hopefully, these shortcomings will be addressed sooner rather than later.

Also Read: Scrapping of UGC is nothing but increasing govt interference to ruin education sector

#Consortium for academic research and ethics, #Academia, #Research papers, #UGC
The views and opinions expressed in this article are those of the authors and do not necessarily reflect the official policy or position of DailyO.in or the India Today Group. The writers are solely responsible for any claims arising out of the contents of this article.