In a stern response to the UK government's 'discriminatory policy' on vaccines, India today said that they would be 'well within our rights to impose reciprocal measures'. Indian Foreign Secretary Harsh Shringla said, “We have offered our partner countries of mutual recognition of vaccines... Non-recognition of Covishield is a discriminatory policy. EAM (External Affairs Minister) has raised the issue with his UK counterpart. Certain assurances have been given to resolve the matter at the earliest.”

THE ANNOUNCEMENT: UK on September 20 announced that Indian citizens who have been jabbed with both doses of Covishield or Covaxin will have to undergo mandatory quarantine for 10 days. The decision is part of the UK’s efforts to terminate the ‘red, amber and green’ lists to only a red list, and is to kick in from October 4. The announcement has received backlash from Indian citizens all over the world. Indian students, under these guidelines, will be the most affected.

Shringla also said, “The basic issue is that the vaccine called Covishield, of which the original manufacturer is in the UK. We have provided 5 million vaccine doses to the UK at their request. This has been used by their health system.”

'DOUBLE STANDARD': Congress leader and Lok Sabha MP Shashi Tharoor has deemed this as 'offensive and discriminatory'. He has also cancelled his trip to Cambridge University for the debate and launch events of the UK edition of his book. Tharoor told India Today, “If Covishield is what the British are taking under a different brand name, how on Earth can you say that one set of vaccinations is accepted and another set is not and you have to quarantine? That kind of double standard is absolutely breathtaking."

WHAT UK SAID: In a statement this morning, the British High Commission said, “The UK is committed to opening up international travel again as soon as is practicable and this announcement is a further step to enable people to travel more freely again, in a safe and sustainable way, while protecting public health. We are engaging with the Government of India to explore how we could expand UK recognition of vaccine certification to people vaccinated by a relevant public health body in India.”

IN THE US: A few hours after the Boris Johnson government’s announcement, US President Joe Biden announced that all fully vaccinated international travelers will be allowed into the US. White House’s Coronavirus Response Coordinator Jeff Zients said that fully vaccinated non-citizens would need to have a negative RT-PCR test and their vaccination certificate with them to enter the US. They would not need to quarantine in any establishment. On inquiry from the White House of which vaccines would be accepted, the CDC directed towards its prior guidance, a Reuters report stated. 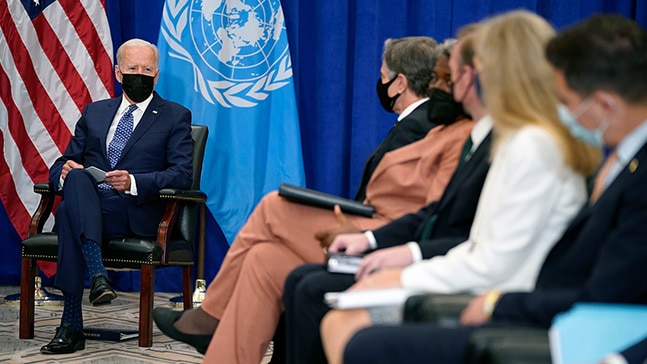 An Associated Press report quoted the CDC as saying that 'the US will accept full vaccination of travellers with any Covid-19 vaccine approved for emergency use by the World Health Organization, including those from Pfizer, Moderna and Johnson & Johnson used in the US. Other vaccines are also approved by the WHO and used widely around the world, including from AstraZeneca and China’s Sinovac, with varying degrees of effectiveness against Covid-19 and its more transmissible delta variant. The WHO is reviewing Russia’s Sputnik V vaccine but hasn’t approved it.'

THE O: India came down heavy on the UK's 'discriminatory policy' on international travel, and warned of 'reciprocal action'. Under the UK's new guidelines, fully vaccinated Indians are also required to undergo a mandatory 10-day quarantine. The policy attracted much backlash, including racism allegations, from Indians all over the world. It is time the UK had a relook at it.