UN resolution: Shame, India among 13 nations in favour of death penalty to gays

The move sends the message that equal rights for LGBTQ+ community is a distant dream.

On September 29, the United Nations passed a resolution denouncing death penalty for consensual homosexual relationships. While this is good news for believers of equal rights and human dignity around the world, for Indians, it comes with a sobering rider.

India was among the 13 countries that voted against the resolution. 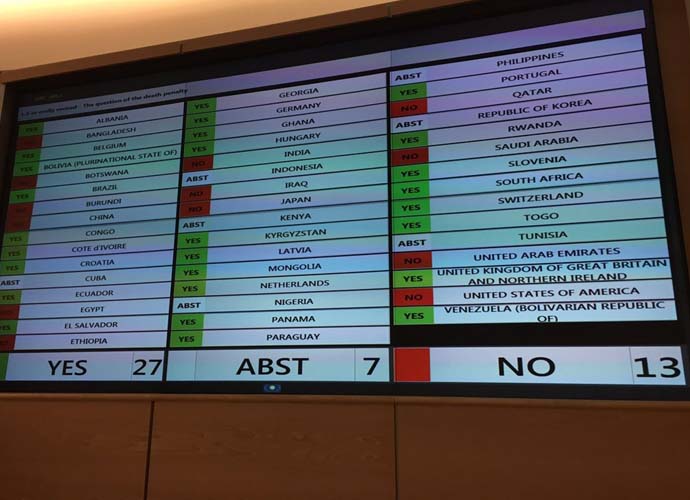 On the biggest international forum, India has chosen to take the stand that it is okay for people to be killed for who they love. Twenty-seven countries voted in favour of the resolution. The 12 other countries that voted against are the United States, Bangladesh, Botswana, Burundi, China, Egypt, Ethiopia, Iraq, Japan, Qatar, Saudi Arabia and UAE.

Any country that seeks to stand for equality, justice and the right of every human to a life of dignity cannot defend opposing homosexuality.

At a time when India is already being criticised internationally for intolerance and the increasing violence against minorities, this stand will not do its image any good. But more worrying is the message that it sends to homosexuals and other gender or sex minorities within the country.

It is deeply unfortunate that in 2017, in a democracy, the LGBTQ+ community still lacks legal recognition. Homosexuality is not a lifestyle choice. It is not a perversion of the mind, or of the soul. It is as natural as being born tall or short, left-handed or right-handed. It should certainly not be a crime. 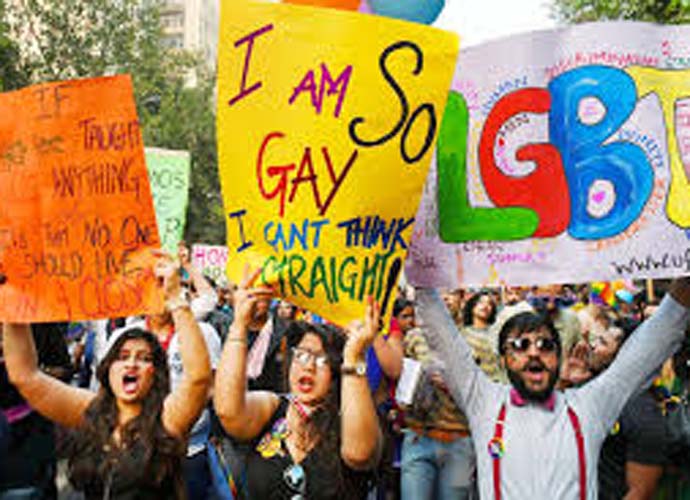 Homosexuality is not unnatural, not a perversion. It should not be a crime. Photo: PTI file

The battle for legal sanction and rights to homosexuality in India has been a see-saw ride since 2009, when the Delhi High Court read the colonial-era section 377 of the Indian Penal Code down to exclude consenting adults.

The section reads: "Whoever voluntarily has carnal intercourse against the order of nature with any man, woman or animal shall be punished with imprisonment for life, or with imprisonment of either description for term which may extend to ten years, and shall also be liable to fine."

However, in 2013, the Supreme Court overturned the verdict. It also put the ball in the government's court, saying the Parliament was could modify the law through legislation.

While it is difficult to conceive a government decriminalising homosexuality at the risk of alienating huge blocks of conservative voters, hope has risen again with a recent Supreme Court ruling on privacy. On August 24, the SC, as part of the Right to Privacy judgment, said: "Sexual orientation is an essential attribute of privacy. Discrimination against an individual on the basis of sexual orientation is deeply offensive to the dignity and self-worth of the individual."

Thus, in choosing to endorse capital punishment for homosexuals, India at the UN has gone against the stand of its own apex court, apart from the basic tenets of justice and equality.

Gender or sexual minorities in India are anyway up against powerful, debilitating social and religious barriers. Decriminalisng homosexuality will give them legal rights, a prerequisite for a life of dignity.

It is tough to fight social stigma, ridicule, and outright venom. It is tough to live a secret life — tormented, confused, conflicted. The lack of legal recognition sharpens the edge of rejection and threats that gender and sexual minorities live by. A truly democratic society would be one that criminalises discrimination on the basis of sexual identity.

The battle for rights for the LGBTQ+ community in India is uphill and long-drawn. While it will take time for social and religious institutions to be more accepting, the state has a responsibility to ensure a life of dignity to each and every one of its citizens. Voting in favour of the UN resolution would have sent out a progressive, heartening message. But India's stand is a strike against justice and equality.