By shielding MLA accused of rape, BJP is propagating misogyny of the worst kind

Instead of arresting rape accused Kuldeep Singh Sengar, the Uttar Pradesh police held the victim's father, who died in their custody.

As members of the principal Opposition party, led by its president Rahul Gandhi, undertook a day-long fast for communal harmony and peace across the country, the media joined the ruling BJP in calling it a farce. While the political posturing had long become trite, most citizens with a semblance of a conscience were shocked by two incidents that the media and the ruling party were unfazed by. 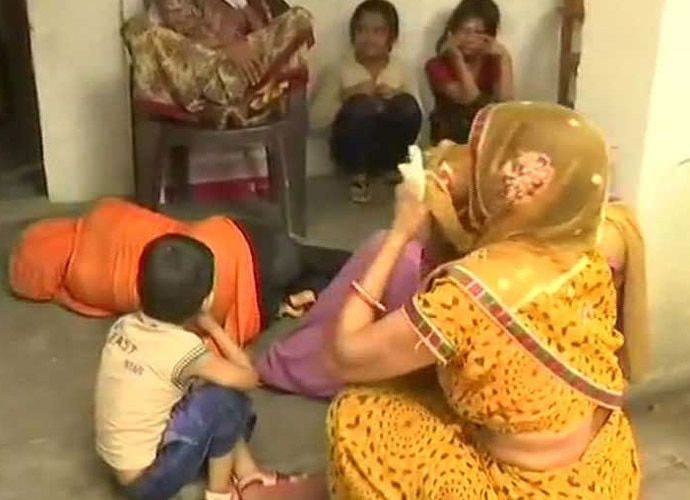 Even as the news of a young woman, who attempted to immolate herself near Uttar Pradesh chief minister Yogi Adityanath's residence, frustrated by her futile pleas for justice, sank in, more horrid news of her father's death in police custody emerged. The victim's mother alleged that the man was beaten by the henchmen of the prime accused - Kuldeep Singh Sengar.

It is alleged that since the accused is a BJP MLA, the ruling party has gone soft on the case ever since it was reported in June 2017. Nevertheless, fearing a public backlash, the Yogi Adityanath administration has ordered a judicial probe.

Magisterial inquiry to be conducted. If lapse found on the side of police, action will be taken.The incident happened while the man was in judicial custody: DIG Law&Order over death of rape victim's father.Victim along with her family attempted suicide outside CM residence,y'day pic.twitter.com/s1L0Ze3bwS

Adityanath, however, cannot absolve himself (like he did by withdrawing cases against his own self), of being insensitive and severely incompetent. If he was serious about ensuring justice, the BJP legislator in question would have been arrested and the woman's family protected. Yet, it was the woman's father who was arrested, and he tragically lost his life in police custody. Meanwhile, a video has been circulating on social media in which his severe injuries are being examined by the police and other officials. A man, who presumably is an officer, is seen mockingly laughing at the woman's father.

New India !Father of rape victim taken to Police station in UP !Look how badly was he beaten up & he died !!!pic.twitter.com/Ey6osg0anH

A government with even an iota of conscience would take immediate action and ensure the powerful don't coerce the judicial process. The agony of the woman whose pleas for justice fell on the deaf ears of a heartless government under whose watch she also lost her father cannot be fathomed. In any just society, the ministers in-charge of home affairs and prison administration would be fired if such a case came to fore. Incidentally, both portfolios are held by CM Adityanath himself.

Another incident equally abhorrent as the one from UP was reported from Kathua in Jammu and Kashmir. A mob of lawyers prevented the state police from filing even a charge-sheet against those accused of raping and killing an eight-year-old girl after keeping her captive for days. The lawyers allege that the state police are biased and targeting the Hindu community.

Since the gruesome case was reported in January, there have been protests claiming the accused, who include police officials, have been framed under pressure from the government. An organisation called Hindu Ekta Manch, has been protesting and demanding that the case be investigated by the CBI as the PDP-BJP coalition government cannot be trusted. Ironically, some BJP leaders, including two ministers, took part in the protest marches in defence of the rape accused, rather than seek justice for a child who was raped and murdered most brutally.

These developments are in sync with the poor image the BJP has built for itself, as a party that shields (sometimes even overtly), those accused of grave felonies such as rape and murder. It is indeed shameful that despite their much publicised "Beti Bachao, Beti Padhao" slogan, BJP leaders, including ministers, are guilty of sustaining, professing and even propagating misogyny.

The ruling party needs to introspect and ponder over what their contribution to Indian society is. They need to answer why they tolerate such anti-social elements in their party. For now, the party may escape scrutiny because of the so-called "wave" that they are riding on.

But once their fortunes change, they will be held responsible by society for being pinioned to and propagating primordial worldviews.

Despite having the ignominy of having the most number of legislators with serious criminal charges against them, the BJP doesn't seem to be unfazed or embarrassed about it. If the BJP was indeed capable of remorse and had a conscience, the PM would immediately stop following vile, misogynistic Twitter handles - if not for his personal image, at least for the sake of India's reputation. Otherwise, the world will draw a correlation between the Indian PM following abusive people and the impunity with which crimes against women and children are committed.

Post your comment
#Kuldeep Singh Sengar, #Yogi Adityanath, #Sexual assault, #UP rape
The views and opinions expressed in this article are those of the authors and do not necessarily reflect the official policy or position of DailyO.in or the India Today Group. The writers are solely responsible for any claims arising out of the contents of this article.