The discovery of a Bhima Koregaon-related plot to reportedly assassinate PM Modi highlights a chilling reality.

Often relegated to some strange events taking place in the back of beyond, Naxal and Maoist activities are sighed away by millions of Indians, as they believe that such happenings have no direct impact on their lives. 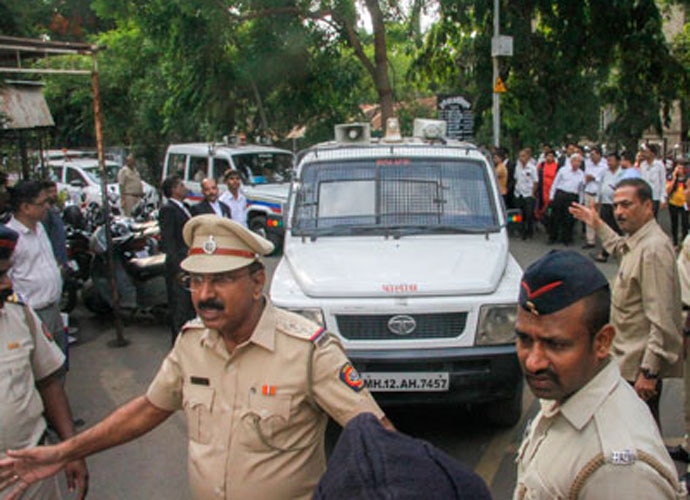 An accused in the Bhima Koregaon case being brought to court in Pune. Source: PTI

But the developments of the last few days have not only introduced a new term into our lexicon — 'Urban Naxals' or 'Urban Maoists' — but have also ensured that this becomes a part of a much-needed discourse.

The recent news of the Pune Police arresting five people suspected to have Maoist links in connection with the Bhima Koregaon violence reveals just how close the terror is to all Indians. Moreover, the revelation of a "Rajiv Gandhi-like incident" reportedly plotted to assassinate Prime Minister Narendra Modi in a letter seized from the New Delhi home of one of the suspects in a way confirms the deep nexus between various enemies of India, both external and internal.

India's porous borders, escalating refugee crisis (such as the ones from the displaced Rohingyas) and the continuing strife from infiltrators make it possible for an upsurge of extremists within the country to go unnoticed. Perhaps this is the reason that the threat to India from within its own borders has been ignored for far too long. In addition to being ignored or sidelined by common Indians for a host of reasons, the Naxal and Maoist menace have also been, for want of a better expression, romanticised beyond reproach by the so-called intelligentsia. Perhaps this is the reason why a possible plot to kill the PM is so easily disregarded by the apologists who go on supporting the cause, despite overwhelming evidence that such actions have continually caused great harm to the nation.

The assured persistence with which any nefarious activity on the part of the Maoists and the Naxals is attributed to "freedom of expression" or impassioned idealism on the part of the young (read students) undermines the extent of the danger that threatens us, and thus makes any action of the state seem totalitarian.

What started as an idealist movement in the late 1960s, in a place called Naxalbari, where exploited peasants, armed with countrymade weapons, fought the landlords for what they felt was rightfully theirs — the land and the crop — soon transformed into a call for a revolution. Students inspired by Mao Zedong's ideas took over and were convinced that they and militant peasants could overthrow the government. The movement spread across 14 states in India and there is no doubt that this "insurgency" was, and is aided and funded by foreign powers looking to hurt India's internal security.

How else do you explain the high-tech arms and an unending supply of ammunition reaching an otherwise impoverished villager, peasant, et al?

Furthermore, the addition of issues, such as farmer suicides, the opposition to special economic zones (SEZ), export processing zones (EPZs), caste politics, rising prices, etc., that are beyond class struggle — which was the basis of the original uprising — just gives more outlets to wage a battle against the state.

Right from the initiation to its present-day transformation into a tool to thwart India, Urban Maoists or Naxals have always hinged on exploitation and indoctrination of the young. If one were to look at the history of any revolution such as the Communists in China, right-wing radical Islam or left-wing liberal insurrection, all somewhere centre on student campuses. Violence had broken out over a Dalit rally in Bhima Koregaon near Pune earlier this year. But who capitalised on this? Source: PTI

Take the recent example of the 2011 incident at Daraa in Syria that has been referred to as the spark that lit the flame of the Syrian uprising. It was here that the arrest and beating of 15 young children by government intelligence officers for painting anti-government graffiti on the walls of a school led to public outrage. The government's response was labelled high-handed and a dictatorial effort to curb the freedom of the citizens. It soon snowballed into an all-encompassing movement that translated into unparalleled civil unrest.

This is the blueprint that was seen to be at play in Egypt in 2013-14, Tehran in 2017, and has been seen in the making across many protests in India — with the last being Bhima Koregaon in January 2018, where students were at the forefront.

It would be naïve to assume that what happened in Cairo, Tehran, and Syria would not be replicated in India.

The concept of radicalisation among the students, be it for right-wing Islamists, or the ultra left-wing Maoists and Naxals, has made our campuses a ripe breeding ground. In fact, whether it was the Indian Mujahideen or the now-banned Students Islamic Movement of India (SIMI) or the Maoists and Naxals, our campuses have been used as recruiting centres and students radicalised enough for induction.

India has to confront the threat within its borders and address the danger from both physical and virtual recruitment of our young — before an extremist outlook turns them into a lost generation.

These aren't hypothetical situations that require evolution. There is enough evidence to show that these are well-established systems that have been ignored for far too long as India might have presumed that the enemy always lies on the other side of the border. One of the five individuals caught by the Pune Police, Rona Wilson, an alumnus of the Jawaharlal Nehru University (JNU), who is also accused of plotting the PM's assassination, is said to have close ties with SAR Geelani, the former Delhi University lecturer arrested in 2001 in connection with the attack on Parliament in New Delhi.

All they need to do is to fuel strife such as caste conflicts, Kashmir separatism, reigniting the Khalistani movement, which oddly enough, is mainly being propagated by non-resident Indians, on platforms across media, social media and the banter on campuses, and before you know it, there is enough self-radicalisation that could devour India from within.

To sum it up, gone are the days when it was just about the "enemy at the gate" — today, "sleeping with the enemy" would be closer to home.

#Naxalbari, #Bhima Koregaon, #Urban naxals, #Urban maoists
The views and opinions expressed in this article are those of the authors and do not necessarily reflect the official policy or position of DailyO.in or the India Today Group. The writers are solely responsible for any claims arising out of the contents of this article.