DailyOh! The assassination bid that failed at Capitol Hill, to can you eat eggs and chicken

Donald Trump may pardon himself, but impeachment could still get him out.

Twitter ended the temporary ban on Donald Trump with the warning of a permanent one to follow if Trump broke the platform’s rules one more time. Trump, however, is busy setting new rules. In a first, President Trump could pardon Trump since many others including members of his own party won’t. How is that possible? Just like it is possible for billionaire Jack Ma to go missing in China. We mean on a scale of possibility, ranging from 1 to 10, both rank minus one.

If you have power, use all of it to extend its limits. That isn’t our recommendation but Trump and Xi’s style of (mis)governance. We will come to Xi later. Because Trump is about to leave office soon, let’s tackle him first. Trump had in 2018 said he has the power to pardon himself but “why would I do that when I have done nothing wrong?” 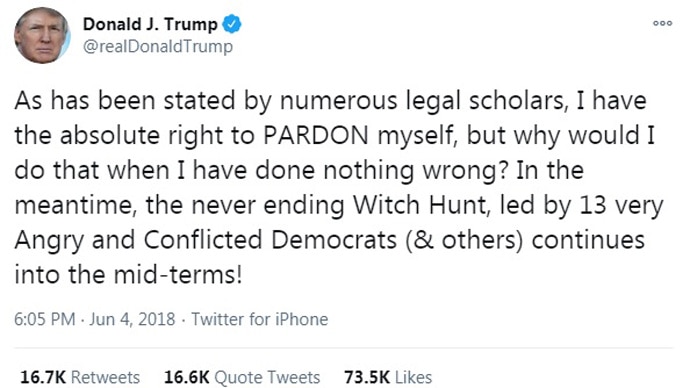 On January 6, Trump made a call to violence without using the word violence and five people, including a security official, died after the Capitol Hill riots. Do you know about the violence that happened in Capitol Hill in 1835? That too happened in the month of January.

It was January 30 to be precise when an unemployed house painter, Richard Lawrence, went up to then US President Andrew Jackson as he left a congressional funeral held in the House chamber of the Capitol building and shot at him. This was the first time an assassination bid was made on a US President. Lawrence failed because his gun misfired. Meanwhile, Jackson’s anger shot up. He used to use a cane to walk because he was 67 years old then. Jackson used the cane to beat Lawrence but the attacker managed to pull out a second pistol. He pulled the trigger and then this one to misfired.

You may be wondering where were Jackson’s aides? At a distance. After the second misfiring, they managed to get hold of Lawrence. So, Jackson was unharmed physically, but the incident left him paranoid. Lawrence was apparently a mentally unstable person who was acting on his own, but Johnson thought his political rivals were out to get him. His vice president Martin Van Buren too was wary and began carrying two pistols, just in case one misfired. But why did both of Lawrence’s pistols not work? An assassination bid was made on US President Andrew Jackson in 1835. (Photo: Reuters)

A century later, a research was conducted by experts at Smithsonian Institute. They found that both pistols fired properly during the tests. The then came to the conclusion the odds of both guns misfiring during the assassination attempt were one in 1,25,000. So luck by chance saved Johnson, though he couldn’t save himself from his paranoia.

Top Democrats in Congress, House of Representatives Speaker Nancy Pelosi and Senate Democratic leader Chuck Schumer, on Thursday called on Vice President Mike Pence and Trump’s Cabinet to use the US Constitution to remove Trump for “his incitement of insurrection”. Trump can only be removed through impeachment.

But what is impeachment? Impeachment, the Word Of The Day, comes from Old French empeechier, which meant meaning to prevent or hinder. A separate origin can also be traced to Latin word impedire meaning trap or hinder, perhaps ‘trip up’ because pedis means ‘of a foot’. For a long time ‘peaching’ was used as a slang for denouncing someone to the authorities.

In England, the word was first used in the 14th century when reformer John Wyclif spoke against the misuse of Church privileges. So, basically the word came to be used for the process to stop someone from misusing their privileges. Case in point, Trump. When we began talking of Trump, we told you we will talk about Xi later. See, we didn’t forget.

Xi is hiding more than just Jack Ma. He is also hiding the dangers Chinese vaccine could pose. A Chinese doctor strangely apologised after claiming that Sinopharm coronavirus vaccine was the ‘most unsafe in the world’. We do not know how Dr Tao Lina knows about the safety of other vaccines in the world, but he did claim that Sinopharm vaccine can have 73 side-effects, including loss of vision. Tao’s apology came after his post went viral. He also subsequently deleted it. A Chinese doctor has apologised after claiming that Sinopharm coronavirus vaccine was the ‘most unsafe in the world’. (Photo: Reuters)

Bharat Biotech meanwhile has sought approval for trials for a nasal vaccine against coronavirus. The intra-nasal vaccine, if it gets approval, will be a single-dose vaccine, easy to administer and store. Since it won’t need syringes, it will save us the pain, which is heightened by the fear of the syringe for many.

In the UK, 15,00,000 people have been vaccinated but the fear of the new strain making its way into India from the UK remains. So, according to Delhi government guidelines, all passengers from the UK would have to get themselves tested once they arrive. This will the RT-PCR test.

If positive, the person would be sent to a 14-day mandatory institutional isolation facility. Those testing negative would be taken to a quarantine centre for seven days. This will be followed by a seven-day home quarantine.

That is a lot of time to spend by yourself. You can spend it reading The Brief History of Time by Stephen Hawking. You can also watch The Theory of Everything (2014) with Eddie Redmayne playing Hawking. Apart from time, the other reason you have to talk and learn more about Hawking’s life is that today happens to be his birth anniversary. In his college day, Hawking was told by doctors he wouldn’t live beyond a few years. He was 76 when he died on March 14, 2018.

Zakiur Rehman Lakhvi is 61 and could turn 76 in jail because the Lahore anti-terrorism court has sentenced Lakhvi to 15 years in prison on terror financing charges. Lest you forget, Lakhvi was the mastermind of the 26/11 Mumbai terror attack.

We will leave you with that for today and the weekend. You can watch and read what we have recommended or not do anything at all. But should you be eating chicken and eggs? Yes, if you have the craving and your poultry products are cooked well, you can. The bird flu won’t get to you because the virus can’t withstand high temperature at which food is cooked. You can eat poultry products if they are cooked well. (Photo: Reuters)

Also read: Mark Zuckerberg did not ban Trump to save democracy, he banned him to save Facebook