DailyOh! Why US Presidents don’t get more than 2 terms, to why Rahul Gandhi thinks EVM is MVM

Donald Trump, who is trailing behind Joe Biden, has declared ‘a big WIN’.

If you aren’t the one playing it, there is nothing that compares to a close match. If you are rooting for no side, even better. No matter which way it ends, you would have won yourself the thrill of a nail-biting watch. Only your nails don’t really get bitten because you have no stakes.

US Presidential elections are turning out to be just that. You see 538 electoral college votes are allotted to the 50 states and the District of Columbia. A winner must get 270 of these to not end up a loser. Republican Donald Trump and Democratic challenger Joe Biden are in a neck-and-neck fight for now. Donald Trump and Joe Biden are locked in a tight contest. (Photo: Reuters)

Never mind the facts and the point that counting is still on and for the votes counted so far he is trailing, Republican candidate Donald Trump has declared “A big WIN.” He has also said he would go to the Supreme Court because he wants ‘voting to stop’. Voting has stopped. It is the counting which is on. All votes that arrive by post will be counted till the last one has been counted.

I will be making a statement tonight. A big WIN!

Trump, on his part, has won the crucial state of Florida, which alone accounts for 29 of the 538 electoral college votes, and thus forms the biggest tossup state. The interesting thing about winning Florida is that whoever has won Florida since 2000, has moved into the White House, or has stayed there in case they were fighting a second term.

The US only allows its Presidents two terms of four year each, which can at times extend to five years though. In India, only Dr Rajendra Prasad has served two full terms of five years each. But Indian Presidents aren’t elected directly. Prime Ministers in India have, of course, stayed in offices longer.

He left office only because he died. FDR died just a few months after his last inauguration. FDR, it is said, was voted back to power again and again because that was the time of the Great Depression and World Wars. When there is instability both inside and outside, countries tend to keep the same government in power. But before FDR died, he had become incapable to rule as his health was failing him. You can’t properly get through a day in office if you are unwell and here was FDR running a country. There were also fears that if this trend was allowed, tyrants could soon crop up. America thus amended its Constitution and fixed a maximum of two terms for Presidents.

But who is a President anyway? President, the Word Of The Day, originates from Latin word ‘praesedere’, which meant sitting before, with ‘prae’ meaning before and ‘sedere’ to sit. Now, this doesn’t mean if you are seated in the front row, you become president. 'Sitting before' here is used in the sense of presiding over a meeting. Another meaning of praesedere was ‘to command, to govern’. So, whoever wins the US Presidential race, will command and govern the US. Do note that the United States was the first nation to create the office of President as the head of state in a modern republic.

We have spoken of President Trump, now let’s also tell you what President’s eldest son Donald Trump Jr has been up to. Trump’s son, predicting results of the 2020 presidential elections, shared a distorted map of India. The map showed Kashmir as part of Pakistan.

Okay, finally got around to making my electoral map prediction. #2020Election #VOTE pic.twitter.com/STmDSuQTMb

Since Donald Trump Jr said it is ‘his electoral map’, we will let the matter rest because it isn’t the real map of the world. Also, this won’t even be the electoral map of the US, whether Trump Sr wins or loses.

From US, let’s fly back to India and head straight to Bihar, where the last phase of polling will be held on November 7. Ahead of the final phase of voting, Congress leader Rahul Gandhi said the Electronic Voting Machine (EVM) is not really EVM but MVM, or 'Modi Voting Machine'. Did he mean to admit people vote for Modi, or was reiterating the charge that EVMs are rigged? We have a feeling it was the latter. But Rahul added that people are very angry so whether it is EVM or MVM, this time the votes will go to Mahagathbandhan.

EVM is not EVM, but MVM - Modi Voting Machine. But, this time in Bihar, the youth is angry. So be it EVM or MVM, 'Gathbandhan' will win: Congress leader Rahul Gandhi in Bihar’s Araria#BiharElections2020 pic.twitter.com/PBSQwfPY0l

Final results won’t be out before November 10, but the exit poll results can be accessed after the last voter has exited the polling booth, on November 7.

Election after election, we got it right! Exit poll is exact poll. Don't miss the India Today-Axis My India #BiharExitPoll on November 7, only on India Today TV. #VoteOnBihar #BiharElections #Promo pic.twitter.com/cH5eEnKcpb

On November 4, which is today, actor Faraaz Khan died in hospital. He was aged 50. The likes of Pooja Bhatt and Salman Khan extended financial help for Faraaz Khan’s treatment. But he couldn’t be saved from herpes, which had spread from his chest to his brain.

In Delhi, Chief Minister Arvind Kejriwal has confirmed the spread of coronavirus has entered its third wave, while also confirming that the bio-decomposing process of converting stubble into manure has been successful. He shared both the good and the bad news with journalists at Delhi’s Hiranki village, which he visited to check the success of the bio-decomposing project. 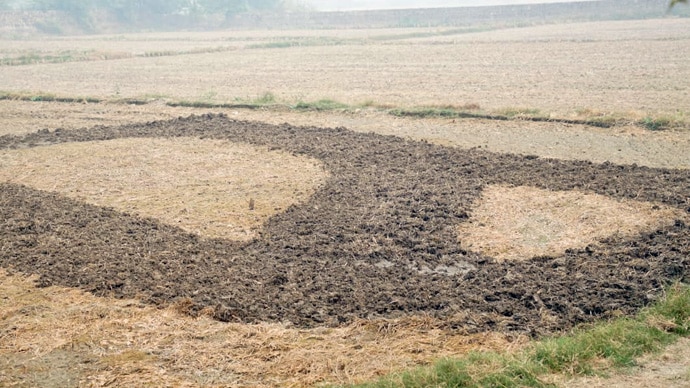 That takes care of the farm fires in India, but after months, Baghjan oil well fire in Assam has become India’s longest fire ever. The fire has caused massive loss to environment and wildlife, not to mention the property in the nearby area.

Unmindful of the pollution caused by stubble burning or the burning of Baghjan oil well, model-turned-actor Milind Soman is having a run at a Goa beach in his birthday suit. Soman turned 55 today and performed an encore of his controversial photoshoot with Madhu Sapre from 25 years ago. Only this time there was no Madhu or saanp in the photo – just Milind Soman, clicked by wife Ankita Konwar. 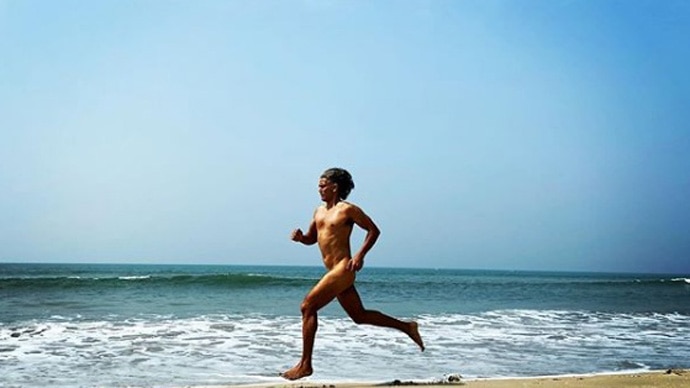 Milind Soman posted this photo of his run on a Goa beech today. (Photo: Instagram/@milindrunning)

Even as Soman was celebrating his birthday today, in an unrelated development, Republic TV editor Arnab Goswami was arrested by the Mumbai Police.

The arrest came after the police reopened a 2018 suicide case of 53-year-old architect Anvay Naik, and his mother Kumud. Naik reportedly left a suicide note before his death. The note allegedly said Goswami and the two others, Feroz Shaikh and Niteesh Sarda, owed him a total of Rs 5.4 crore.

The 2018 case came to limelight in May this year when Maharashtra Congress posted a video of Anvay’s widow Akshata. Akshata purportedly says in the video that Goswami abetted the suicides of her husband and mother-in-law.

The matter is now under investigation but you are not investigating the case. If you got time at hand, don’t even sit and speculate. What you can do with your free time is cook some Rajasthani Kadhi. We can help with the recipe.

We will leave you with that the recipe for Rajasthani Kadhi and all that’s cooking in the US election battle for today.

Also Read: How America is responding to the Trump vs Biden US presidential race

#Joe Biden, #Donald Trump, #US President, #Uselections
The views and opinions expressed in this article are those of the authors and do not necessarily reflect the official policy or position of DailyO.in or the India Today Group. The writers are solely responsible for any claims arising out of the contents of this article.