DailyOh! Who was St Valentine to the hole in Madhubala’s heart

No prizes for guessing, Valentine is our Word Of The Day.

So, the week has come to an end and love is in the air. We don’t even need to tell you why. It is Valentine’s Day. But do you know it is also Madhubala’s birthday today? The Bollywood beauty, whose original name was Mumtaz Jehan Begum Dehlavi, died at a rather young age of 36, and had a painful love life.

Now, everyone knows that Madhubala was deeply in love with Dilip Kumar and so was he. While miya-biwi were raazi, it was the qaazi who was determined to create trouble. The qaazi was Madhubala’s father Ataullah Khan. He wanted to turn the wedding into a business venture, since Khan had his own production house and wanted both Dilip and Madhubala, both stars, under the same roof. Dilip Kumar wasn't very happy with someone else, that too his to-be dad-in-law, dictating his career choices. The actor revealed this in his autobiography, Dilip Kumar: The Substance And The Shadow.

It is also said that Vyjayanthimala got to replace Madhubala in BR Chopra’s Naya Daur (1957) because Ataullah Khan did not let Madhubala go for a shoot of the film to Madhya Pradesh. 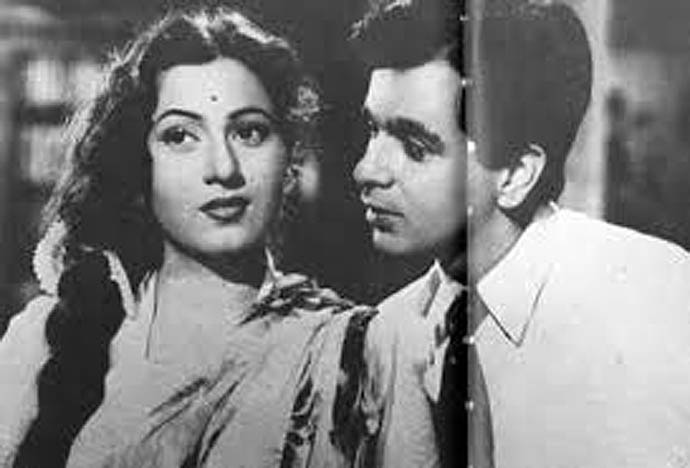 Madhubala was deeply in love with Dilip Kumar. So was he. (Source: Reuters)

His fear reportedly was that if the two got to spend time in a different city, their bond would grow stronger. But he did not want to lose Madhubala, the star and the only earning member of his house, to marriage.

The relationship between Dilip Kumar and Madhubala soured during the shoot of Mughal-E-Azam. It got to such a point that when that iconic feather scene was being shot, the two actors were not talking to each other.

Even as all this was going on, Madhubala's father dragged producer BR Chopra and Dilip Kumar to court over Naya Daur. The two’s love affair also was dragged into the court and at one point Dilip Kumar said, “I shall always love her until the day she dies.” We have no way of ascertaining if Kumar still loved her when she died in 1969, at the young age of 36, but at least when the court case was going on, he loved her.

The two, however, did not marry. Madhubala went on to marry Kishore Kumar. The actress had a hole in the heart. In an interview, Madhubala’s sister Zahida said that the actress married Kishore Kumar out of anger towards Dilip Kumar. We have a term for it — rebound.

Anyway, her health ensured she stayed in London most of the time for treatment and never got much time to spend with her husband. She eventually died.

Now, we don’t mean to make you sad with this story of heartbreak. We just brought it up because it is Madhubala’s birthday and we need to listen to all sorts of stories to learn our lessons.

Listen to this if you feel too heavy:

Talking of stories, let us also tell you the story of how Valentine’s Day came to be celebrated as Valentine’s Day. And there are multiple versions of this.

It is said that the day is named after St Valentine, a priest from Rome in the third century AD. But there are several stories around who he was. Emperor Claudius II had banned marriage because he thought married men were bad soldiers. Valentine felt this was unfair, so he broke the rules and arranged marriages in secret. When Claudius found out, Valentine was thrown in jail and sentenced to death. Now, they say love can find (or you can find love) anywhere. St Valentine found it in jail. He fell in love with the jailer's daughter and when he was taken to be killed, on February 14, he sent her a love letter signed "From your Valentine".

That should explain why people ask, “Will you be my Valentine?”

Yes, Valentine is our Word Of The Day.

But we told you there are several theories around who was Valentine.

According to another version, Romans had a festival called Lupercalia in the middle of February — officially the start of their springtime. This festival is believed to be like the melas we used to hear of in some of our movies. It was quite like a swayamvar. Girls and boys would meet and if they liked each other, they would express their love for each other at these fairs. 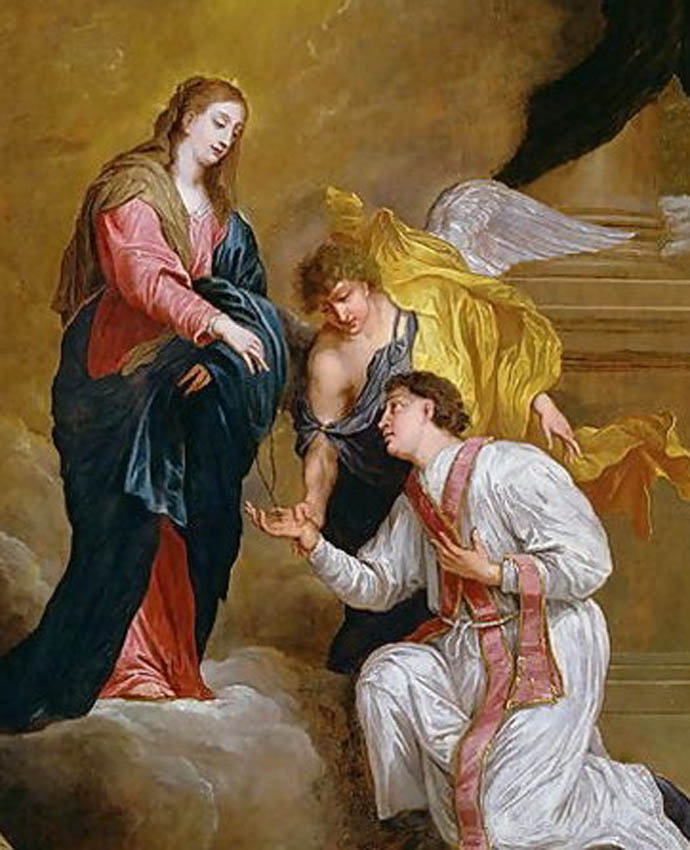 There are several theories around who was Valentine. (Photo: Wikimedia Commons)

During Lupercalia, boys and girls would meet and boys drew names of girls from a box. They'd be boyfriend and girlfriend during the festival. If all went well, they'd get married.

Yet another version says that St Valentine may have been killed for attempting to help Christians escape harsh Roman jails, where they were often tortured.

Even today, the jury is divided on the importance of the day. While some say it is a celebration of love, others call it a marketing gimmick of the capitalist world. We think marketing gimmicks are okay because economies stagnate when people don’t spend. So, what if you don’t have money to spend? In that case, quite obviously, you don’t spend.

Even if Valentine’s Day is a product that is up for sale and if there are buyers for the product, what is the harm?

Oh, we forgot to tell you Valentine’s Day also came to be called as 'Matri Pitri Pujan Diwas' (parents’ worship day) in 2007. At whose behest? Asaram Bapu. The man is now behind bars for raping young girls and women. He knew nothing about love or respect for parents. Had he known anything about it, he would have refrained from doing what he did.

And India too has been hit. That is not only because some cases of coronavirus have been reported but also because Indian generic drugmakers may face supply shortages from China if coronavirus drags on. Now, India imports from China a lot of the ingredients needed for manufacturing the drugs.

But do you know that the roots of Indian generic drug business can be traced to Sabarmati Ashram?

First let’s tell you what exactly is a generic drug. Generic drugs are copies of brand-name drugs that have exactly the same dosage and intended use. But they are way cheaper than the original drugs.

Around 1920s, Mahatma Gandhi directed a chemistry student, Khwaja Abdul Hamied and another student Zakir Husain, the man who went on to become India’s President, to leave the ashram and go set up an Indian university. Husain founded Jamia Millia Islamia. This was time when Gandhi was pushing for Indians to give up all things British. 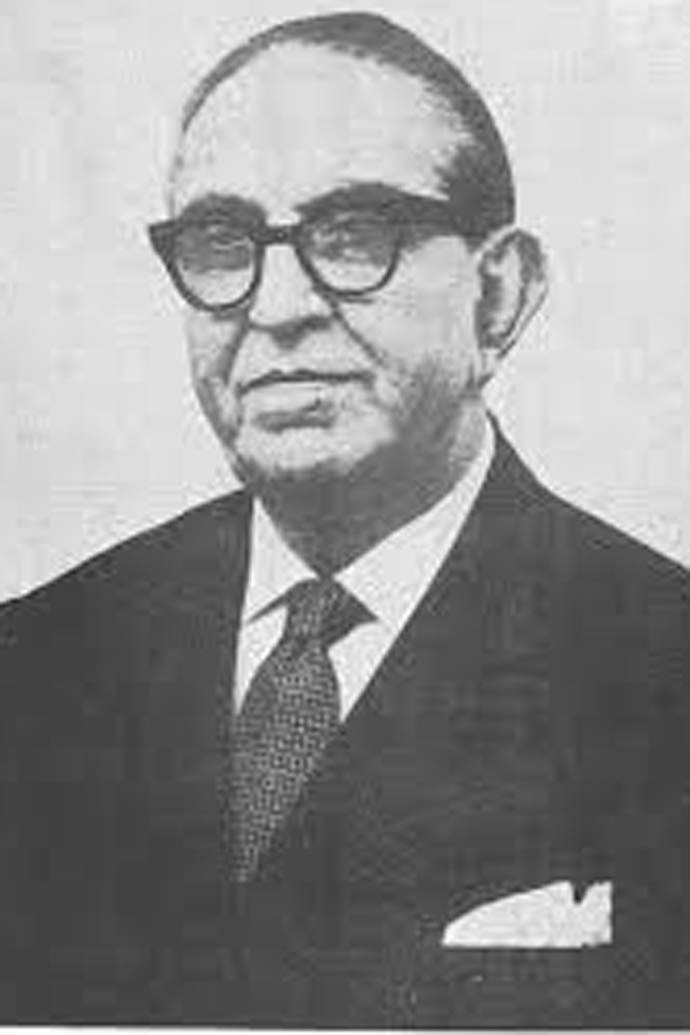 In 1924, Hamied left India to go and study abroad. He did his doctorate in chemistry from Germany. When he returned in 1930, Hamied found the standards of research in India were abysmally low. In his pursuit to set up a grand laboratory, Hamied set up Cipla in 1935. A company that went on to make generic drugs and help save countless lives.

But later, generic drugmakers like Ranbaxy literally played with lives. We suggest you read Bottle of Lies: The Inside Story of the Generic Drug Boom by Katherine Eban to understand what you might actually be having in the name of medicines. We promise, the book will shock you. But we suggest you read it because it is good to be aware.

While Ranbaxy may have brought disrepute to India, a Karnataka man has done India proud. Now, his achievement hasn’t been highlighted so much but he has still done the unthinkable.

Twenty-eight-year-old Srinivasa Gowda participated in the traditional buffalo race, called Kambala, in his village and covered 142.5 meters in just 13.62 seconds. Not alone, but with buffaloes. Now, this turns out to be 100 m in 9.55 seconds. World’s fastest runner Usain Bolt covered 100 m in 9.58 seconds.

Gowda somehow reminded us of Fauja Singh, the British Sikh centenarian marathon runner of Indian descent, who has the distinction of being the oldest marathon runner. He ran his first marathon in his late 80s.

That is some inspiration to take!

We leave you on that note for the day — and the weekend. Meanwhile, if you're planning to watch any of the new movies at the theatres this weekend, stay miles away from Love Aaj Kal, we'd suggest. Here's more on that.

Will meet you on Monday.

Oh wait, we didn't wish you. Here's wishing you a very Happy Valentine's Day. Have a love-filled life!

Also read: DailyOh! The politician who came out unscathed despite murder charges