The self-proclaimed “King of Good Times”, Vijay Mallya, courted his second arrest of 2017 today, October 3, in London, when he was held and released on bail shortly afterwards in a case of alleged financial fraud.

Mallya was arrested last in April this year when following an extradition request from the Indian government, after he slipped out of the country last year in March.

Mallya has been accused by a consortium of banks of defrauding them of over Rs 9,000 crore loaned to him for his now disbanded and grounded Kingfisher Airlines. Mallya’s fleeting court appearances have become blips in the Indian TV news cycle now, prompting vague discussions on corruption, of which the liquor baron has been called a poster boy.

Even his brief arrest in April this year gave bankers in India some hope, according to observers, who note that the NPAs are weighing the banking sector down, and have in fact gone up in the past three years under the Narendra Modi regime. While the Reserve Bank of India hauled up 12 mega defaulters who collectively have lakhs of crores of bad loans unreturned, it fell short of naming them.

But that doesn’t change the ground reality that Mallya has permanent residence visa in the United Kingdom, and the British government has stuck to procedural deadlocks, making his extradition a matter for the long haul. Little wonder then that the flamboyant businessman tweeted scorn at Indian TV media, which has been using him for target practice to keep the corruption narrative ongoing, but without impacting the biggest benefactors of the Modi regime.

Mallya being the poster boy of corruption, it has been said, helps others to bury their, more massive, bad loans, and eggs on crony capitalism because it’s a brilliant deflection technique. As a DailyO columnist puts it: “But the #BringBackMallya, #MallyaInsultsIndia, #MallyaNabbed hashtags and the 24X7 surround sound that declare that "clinching evidence" of Mallya's criminality have been found, jump the gun, with a purpose. Mallya becoming the symbol of crony capitalism and corporate corruption - still synonymous with the UPA era - serves the larger objective of deflecting attention from the almost Rs 8 lakh crore worth of bad loans that the public sector banks are losing their wits to recover.”

Moreover, how Vijay Mallya fled right under the Indian government’s nose, even as the Enforcement Directorate sped up its proceedings against the disgraced mogul and the wilful defaulter, has now become a matter of popular lore. Mallya outmanoeuvring and exploiting the Indian machinery was a certificate of incompetence for a government that came to power riding the anti-corruption mandate.

Journalist and author Kinshuk Nag has documented how Mallya fled in his book Kingfizzer: The Rise and Fall of Vijay Mallya. Nag wrote: 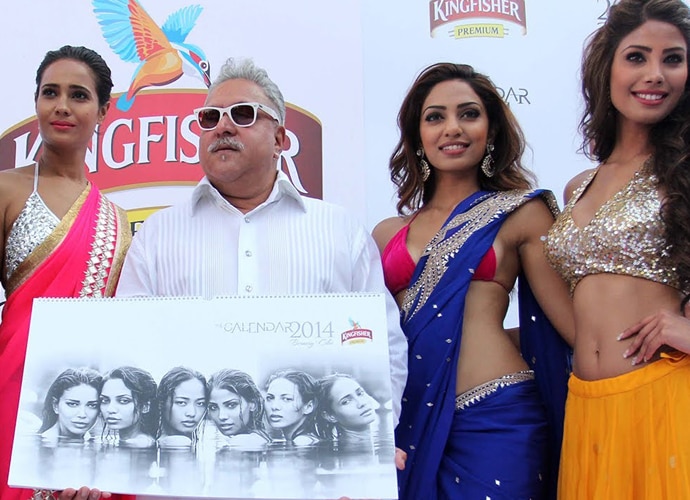 “Less than two-and-a-half months after his 60th birthday, Mallya spirited himself out of India and away from the reach of the long arm of the law. The buzz in New Delhi was that he had been tipped off by a mandarin that he could be soon behind bars as legal proceedings against him were imminent. The tip was not passed on to Mallya directly; a high-profile fixer-cum-socialite was able to wring this information out of the mandarin and had passed it on to Mallya, who lost no time in making his exit.

Mallya had also come to know that on February 28, 2016, senior Supreme Court counsel Dushyant Dave had advised the State Bank of India to approach the courts to restrain Mallya from leaving the country. The SBI took its time to act, but Mallya did not. On the night of March 1, 2016, Mallya, holding a diplomatic passport — by virtue of his being a Member of Parliament — whizzed through immigration with ease and boarded the London-bound Jet Airways flight 9W-122 from New Delhi.”

A little later Nag adds: “Earlier on the same day that he finally fled India, Mallya had been spotted in the lobby of Rajya Sabha, of which he was member. Nobody who met him there had any clue that he would soon make his escape out of the country.”

It seems even until the last day, the “King of Good Times” was milking his connections within the regime, and outside of it, and he whisked himself away from their clutches despite all the sound and fury on the TV channels.

Mallya might be the Jay Gatsby of our times, but the real story lies in who all has he been in bed with, and why focussing on a smaller fry like him lets escape the really bigger fishes in the Indian NPA cesspool.