Efforts to bring him to book are hobbled by a stringent extradition treaty, and a government that woke up far too late.

Vijay Mallya, former high-flying businessman and current multi-crore loan defaulter, is a pained man. In several statements over the past few months, Mallya has said he has been made the “poster boy” of bank default and a “lightning rod of public anger”.

He has also said that he was being made a pawn in political games, despite the best of intentions to settle all his debts. “In an election year, I guess what they want to do is bring me back and hang me on the holy cross and hope to get more votes,” he had told Reuters a few weeks ago — incidentally, at the British Formula One Grand Prix, where he was present as the principal and co-owner of the Force India team. The 'king of good times' is hurt he has become the 'lightning rod of public anger'. (Photo: Reuters/file)

The British government, it appears at first glance, is sympathetic.

Mallya has been living in the UK since 2016, and the Indian government is fighting an uphill extradition battle to get him back. On July 31, the UK court hearing Mallya’s case demanded a video of the prison cell the 62-year-old would be lodged in if sent to India, to determine whether or not the jail gets “natural light”.

The point was deliberated at length, with Clare Montgomery, the barrister representing the tycoon, claiming: “It seems unlikely that the building within a building has any access to natural light because the sun does not shine through a prison building into another building. This has a blue impermeable covering which I understand to be steel so the whole barrack is enclosed in a steel block which is impenetrable to light.”

The Indian government has provided photographs of barrack number 12 of Arthur Road jail in Mumbai, where it intends to lodge Mallya. The defence, however, has said India cannot be relied upon, because they have illuminated the cell artificially for the picture and are trying to pass it off as natural light.

What the whole business does shine light upon is the farce that the process of crime and punishment in India can at times be — while jails in the country are overflowing with undertrials who are behind bars only because they can’t secure proper legal defence or pay bail amounts, the government machinery is furnishing pictures, maps, and diagrams of jail cells, and making promises that it will provide clean toilets, only to get back a man who owes Rs 9,000 crore to Indian banks, including to the state-owned SBI.

While the trial looks like the UK is making India jump through hoops, it is only following due process — before they extradite someone to India, according to a report in The Hindu BusinessLine, a judge in the UK has to be convinced that the case would amount to a criminal offence in both countries, that there is prima facie evidence of guilt, and be satisfied on questions of prison conditions and human rights. 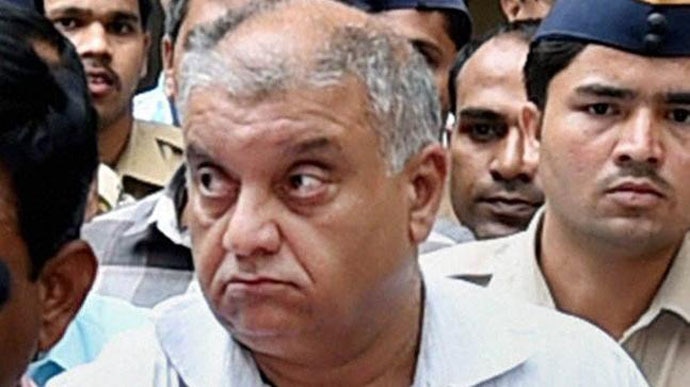 The Indian government agencies handling Mallya’s case seem to be doing a good job: focused on bringing him back as soon as possible, they have agreed to requests they can’t contest — such as demands for prison cell videos — been prompt with paperwork, and ensured trial dates in London are met, even as more charges are steadily added against Mallya in India.

However, the success rate so far is not encouraging. India and the UK signed an extradition treaty in 1992. However, only one person — Samirbhai Vinubhai Patel, wanted in a case related to the 2002 Gujarat riots — has been extradited so far. Patel had not contested his extradition.

In October last year, a UK court had rejected the extradition plea for Sanjeev Kumar Chawla, accused in the 2000 cricket match-fixing scandal, because he could “be subjected to torture or inhuman or degrading treatment or punishment in the Tihar prison complex”.

India’s global standing and prestige have gone up over the past few years, our leaders would have us believe. Yet, our efforts to bring offenders to book are being hobbled by a stringent, 26-year-old extradition treaty, and we seem to be able to do little to help it. Interestingly, the UK’s extradition treaties with EU nations is far less demanding — all they need to show is that the crime would have amounted to a criminal offence in the UK too, inviting minimum levels of punishment. Employees of Kingfisher Airlines were not paid since 2012, while Mallya lived the good life. (Photo: Reuters/file)

However, Mallya flew away to the UK only in March 2016. Most of his loans were declared non-performing assets (NPA) in 2012. Employees of Kingfisher Airlines stopped getting salaries since August 2012. It is not clear what the Indian law enforcement authorities were doing while Mallya hosted his 60th birthday bash in December 2015 in Goa, with Sonu Nigam and Enrique Iglesias performing.

It is not clear what the Indian government was doing while Kingfisher employees staged protests, and the wife of one committed suicide.

It is not clear what the Indian government was doing while Rajya Sabha MP Mallya flew out of the country, his diplomatic passport making his path clearer.  In fact, the CBI had, a few months ago, actually downgraded a lookout notice issued against him — requiring immigration authorities to only inform the investigative agencies about his movements, instead of detaining him.

It is not clear what the Indian government was doing when, two years later, Mehul Choksi and Nirav Modi — whose debt of Rs 13,500 crore makes Mallya look like the “small fry” he claims he is — left the country in similar circumstances.

Whether or not our system succeeds in convincing various international courts that Mallya will get clean toilets and Choksi will not be lynched if brought back to stand trial for their crimes, it has definitely failed the Indian public.

#Black Money, #Mehul Choksi, #Uk extradition battle, #Vijay Mallya
The views and opinions expressed in this article are those of the authors and do not necessarily reflect the official policy or position of DailyO.in or the India Today Group. The writers are solely responsible for any claims arising out of the contents of this article.