There is no such thing as enough publicity. Cricketing careers are short and film careers shorter.

Not too far back in the past, cricketer Virat Kohli, during an interview said that the shortest date he had had lasted all of five minutes because it turned out that the "woman was ugly".

Steadfast and unflinching support for his then-estranged girlfriend (now, of course, wife) Anushka Sharma, every time the troll army tried to corner her over Captain Kohli's performance on the cricketing ground, shows the "sexist" in him has given way to an understanding man who knows how to treat women. Respect! 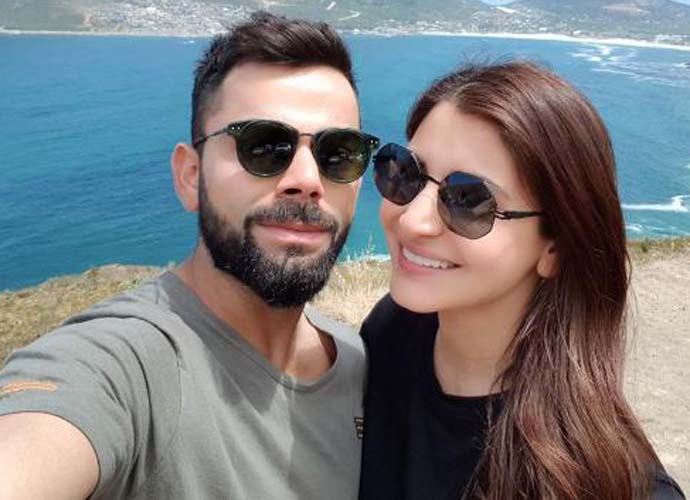 However, it seems his problem with the "ugly" remains unresolved.

The Delhi boy, who has made Mumbai his home, can't see the city being dirtied and the environmental cause compromised. Like his cricketing acumen, this feat too is worthy of highest praise. The same can't, however, be said of the way Virat has gone about to ensure lessons in cleanliness are imparted to Mumbaikars.

A fight over cleanliness initiated by Anushka on the streets of Mumbai is fast turning ugly on social media all because Virat, quite irresponsibly, went on to share the video on both his Instagram (with 22.2 million followers) and Twitter (with 25.6 million followers) profiles.

Saw these people throwing garbage on the road & pulled them up rightfully. Travelling in a luxury car and brains gone for a toss. These people will keep our country clean? Yeah right! If you see something wrong happening like this, do the same & spread awareness. @AnushkaSharma pic.twitter.com/p8flrmcnba

The star couple has erred on several counts in this Clean India mission.

Anushka is one of the many celebrities who are part of Prime Minister Narendra Modi's Swachh Bharat Abhiyan, a plan that aims to ensure positive advocacy to ensure Indians shun habits like littering on the roads or public spaces, apart from ending open defecation in the country.

So, when the Bollywood actress saw a man, now identified as Arhhan Singh, throwing a plastic packet on the road, she was outraged — so outraged that she stopped her car and asked Arhhan to pull down the window of his "luxury car". She then admonished Arhhan for doing what he did, telling him that he couldn't throw plastic on the streets and that he should use a dustbin next time.

Saw these people throwing garbage on the road and pulled them up rightfully. Travelling in a luxury car and brains gone for a toss. These people will keep our country clean? Yeah right!!! If you see something wrong happening like this, do the same and spread awareness. @anushkasharma

This episode was filmed by husband Virat and then shared on social media with some snide remarks, saying people travelling in luxury cars have "brains gone for a toss".

No known scientific study has so far proven or even hinted at any link between travel in luxury cars and the size of one's cranium.

The cricketer has since gone on to advise his followers to do the same: Admonish people you see littering on the road and share videos of your valorous, virtuous selves giving people lessons in cleanliness.

This is, of course, based on the assumption that some people never make mistakes and do everything right.

Word of caution: Never, ever do what you have seen Anushka and Virat do to Arhhan.

A lot of us, who feel for the cause of the environment and cleanliness, feel outraged on seeing people dirtying roads and public spaces. As responsible citizens, we must walk up to people who do this and tell them what they are doing is wrong. Needless to say, the cleanliness lessons we impart to others must first apply to our individual selves.

Those serious about the cause and not bothered about boosting their social media profiles can do this with a touch of politeness to their tones.

There is debate now raging over why Virat chose to share the video. Could he have done it for publicity?

Those who feel Virat and Anushka do not need publicity must think again because there is no such thing as enough publicity. Cricketing careers are short and film careers shorter.

Social media profiles, especially Twitter and Instagram, unlike Facebook, are great branding forums that not just build brands but also provide ways to monetise the brands thus built. It is easy to obfuscate the difference between pursuing social causes and milking brands on social media.

Even if one was to believe that Virat's cause was genuine, one has to agree that his means do not justify it. Virat's choice to post the video on social media is questionable and condemnable. Just because he has privileged access to the medium, he shouldn't enjoy the right to misuse it.

The search for privacy ensured Virat and Anushka flew down to Italy with their friends and family to tie the knot — but for the same two people to then go and make someone's face public on social media amounts to an insensitive crossing of the line.

Sure, Arhhan was in the wrong. But throwing a plastic packet should not amount to a crime that calls for shaming someone on the national stage.

Only Virat stands to be blamed for the kind of vitriolic messages that people are writing against Arhhan forcing his mother to speak out raising concerns over her son's safety.

@AnushkaSharma, spoiled brat in the luxury car still does not admit stupidity in throwing garbage. Same brat would ensure not a mm of garbage thrown out when he's in Singapore or US due to high fine there. Arhansingh (Instagram handle of spoiler brat) एक तो चोरी ऊपर से सीना जोरी

India as a country is just waking up to the perils of environmental degradation caused by day-to-day activities. Awareness is building. The cause is serious and action needed now. But how we include people in this fight for cleaner air and better surroundings is a choice as important as the cause itself.

Virat's attempt at teaching the man a lesson neither earned him good publicity, nor helped the cause. All it has achieved is an unnecessary controversy that this country, particularly Virat and Anushka's fans, could have lived without.

Many in India would remember the video of a beaming Sachin Tendulkar asking pillion riders to wear helmets on the streets of Mumbai. It served two causes at the same time. One, it helped Tendulkar become dearer as a person to millions of his fans; two, it helped in creating genuine awareness about road safety.

Virat Kohli has much to learn from Tendulkar still.

Also read: Shujaat Bukhari murder: When will the bloodshed in Kashmir end?

#Sachin Tendulkar, #Clean India, #Anushka Sharma, #Virat Kohli
The views and opinions expressed in this article are those of the authors and do not necessarily reflect the official policy or position of DailyO.in or the India Today Group. The writers are solely responsible for any claims arising out of the contents of this article.