What do you get when you watch 6,000 matchsticks burn all at once?

A strange sense of satisfaction.

What's so "beautiful" and "satisfying" in watching a stack of matchsticks burn? It's nothing special, right? Well more than five million people find it so.

This video of 6,000 burning matchsticks has taken the internet by storm. It was posted on March 14 and has already been viewed 10,118,001 times.

The video shows a stack of matchsticks, 6,000 to be precise with only one being lit. In around 14 minutes, the whole stack is up in flames in what is described as a "fire domino". The strange, almost ritualistic video, has a definite rhythmic quality about it. It is an example of a simple chain reaction but is mesmerising to watch. The burning, the sound of hiss, the crackle - it leaves one feeling strangely satisfied. 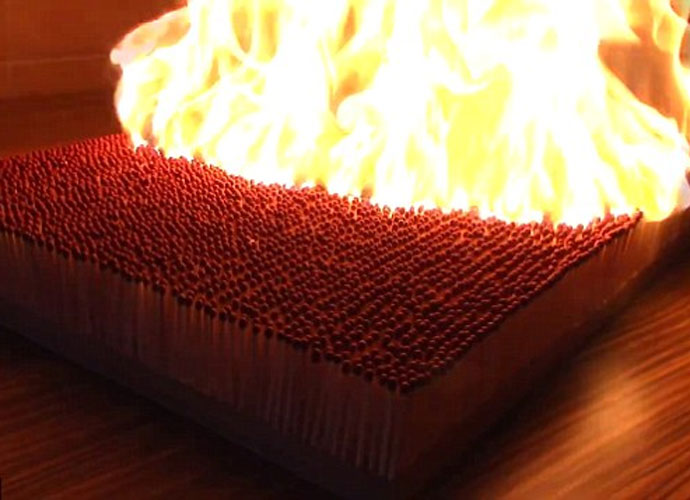 Go ahead and burn your 14 minutes. You won't be disappointed.

While most folks are going crazy over the video with some describing it as "the most beautiful thing I've ever witnessed," there are the usual grumblings as well:

6,000 tinder matches and somehow they all suck

'The burning of 6,000 matches has the internet mesmerized.' I am not dating anyone who found that mesmerizing. Ever. #stupid

PS: On a serious note, who comes with stuff like this?