Who was Jeffrey Epstein and why is his case back in the news?

The Jeffrey Epstein case is back in the news because of his former pilot Larry Visoski's testimony in the trial of Ghislaine Maxwell.

Convicted sex offender Jeffrey Epstein's case has just seen a new development. His former pilot, Larry Visoski, testified during Ghislaine Maxwell's (British socialite and a known associate of Epstein) trial on November 30 that former Presidents Bill Clinton and Donald Trump flew aboard Epstein's private plane. Larry also said that he would usually be given notice if Clinton or any other high-profile passengers would be flying.

Names such as violinist Itzhak Perlman, Prince Andrew, Maine Senator George Mitchell, Ohio Senator John Glenn and actor Kevin Spacey came up during his testimony. None of these names have yet been associated with any accusation in Ghislaine Maxwell's trial. 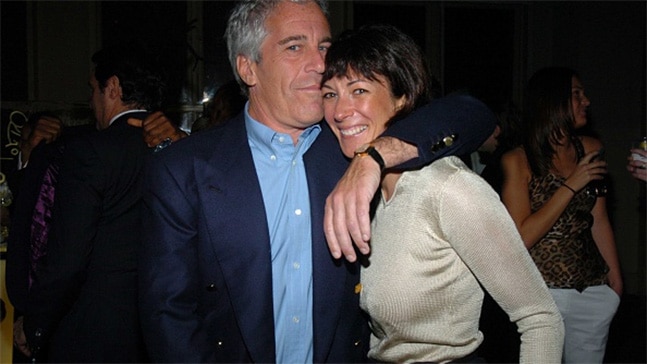 Larry's testimony comes on the second day of Ghislaine's federal trial on charges of conspiracy and sex trafficking. This trial is expected to provide an insight into the dark life of Epstein and bring out some of his connections with high-profile figures.

Ghislaine faces sex trafficking and other charges. Prosecutors say that she recruited and groomed four underage girls for Epstein to abuse between 1994 and 2004. She has pleaded not guility. One of Epstein's alleged victims, Sarah Ransome, told BBC Panorama, "Ghislaine controlled the girls. She was like the madam. She was like the nuts and bolts of the sex trafficking operation. She knew what Jeffrey liked. She worked and helped maintain Jeffrey's standard by intimidation, by intimidating the girls, so this was very much a joint effort."

BUT WHAT IS THE JEFFREY EPSTEIN CASE?

Jeffrey Epstein was an American financer who has been convicted of sex trafficking and conspiracy to engage in sex trafficking. He died by suicide on August 10, 2019, in a New York jail. Epstein was convicted twice; the first time in 2008, by a Florida state court for child prostitution, and the second on July 6, 2019, on federal charges for the sex trafficking of minors in Florida and New York. The case against Epstein began in 2005 when the parents of a 14-year-old told Florida Police that Epstein had molested their daughter at his Palm Beach home. A police search of the property followed, and photos of girls were found throughout the house. At the time, Palm Beach Police Chief Michael Reiter told The Miami Herald, "This was not a 'he said, she said' situation. This was 50-something 'shes' and one 'he' - and the 'shes' all basically told the same story."

In 2008, Epstein was able to avoid federal charges and ended up with an 18-month prison sentence, during which he was able to go on "work release" to his office for 12 hours a day, six days a week. He was released on probation after 13 months. Since then, Epstein had been listed as a Level Three on the New York sex offenders register. Level Three is a lifelong designation, which meant that he was at a high risk of reoffending.

After new allegations and court cases were made, Epstein was arrested again on July 6, 2019, in New York. The indictment said, "...over the course of many years, Jeffrey Epstein, the defendant, sexually exploited and abused dozens of minor girls at his homes in Manhattan, New York, and Palm Beach, Florida, among other locations." Federal prosecutors found photographs of nude underage girls at his New York mansion also.

WHAT DID THE HIGH PROFILE NAMES CONNECTED TO EPSTEIN HAVE TO SAY?

Over the years, Epstein has been known to associate with Democrat and Republican politicians, namely, Bill Clinton and Donald Trump, and numerous celebrities. Donald Trump told New York Magazine in 2002, "I’ve known Jeff for 15 years. Terrific guy. He’s a lot of fun to be with. It is even said that he likes beautiful women as much as I do, and many of them are on the younger side." 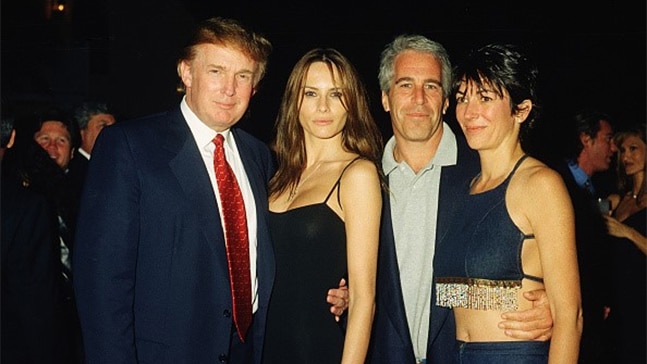 In 2019, Clinton's spokesperson Angel Urena said, "In 2002 and 2003, President Clinton took a total of four trips on Jeffrey Epstein's airplane: one to Europe, one to Asia, and two to Africa, which included stops in connection with the work of the Clinton Foundation."

In November 2020, Prince Andrew spoke about his relationship with Epstein on Newsnight and said that he had met Epstein through Ghislaine. Prince Andrew denied allegations of him having sex with one of Epstein's alleged victims in this interview. After enormous backlash, Prince Andrew has steped away from his royal duties for time indefinite.

"I’m calling BS on this, because that’s what it is.”Prince Andrew says he has no recollection of meeting Virginia Giuffre, nor of any photo being taken with her and he emphatically denies he had any form of sexual contact or relationship with her. pic.twitter.com/aqQ76kpPHI

As per the New York Times, on July 24, 2019, Epstein was found injured in his cell and on August 10 was declared dead by apparent suicide. The FBI is investigating his death and said, "On Saturday, August 10, 2019, at approximately 6.30 am, inmate Jeffrey Edward Epstein was found unresponsive in his cell in the Special Housing Unit from an apparent suicide at the Metropolitan Correctional Center (MCC) in New York, New York. Mr Epstein was transported by EMS to a local hospital for treatment of life-threatening injuries, and subsequently pronounced dead by hospital staff. The FBI is investigating the incident."

The injuries that were found on Epstein are still being investigated, whether they are of suicide or homicidal strangulation.

Epstein's former pilot Larry Visoski's testimony might prove crucial to the Ghislaine Maxwell trial. If found guilty, Ghislaine Maxwell coud be jailed for 70 years and it is expected that her trial will go on for six weeks.

#Bill Clinton, #Prince Andrew, #Donald Trump, #Ghislaine maxwell
The views and opinions expressed in this article are those of the authors and do not necessarily reflect the official policy or position of DailyO.in or the India Today Group. The writers are solely responsible for any claims arising out of the contents of this article.