Who is Princess Basmah Bint Saud, why did Saudi Arabia jail her for 3 years? The case in 6 points

Saudi Arabian princess Basmah bint Saud has been released after three years of her detention without a charge. The Saudi administration has so far not provided any specific reason for her detention.

Princess Basmah bint Saud Al Saud, 57, the last of the 108 children of King Saud, a cousin of Saudi crown prince Mohammad Bin Salman and an outspoken critic of the Saudi government, was on January 6 released from her arbitrary detention. Princess Basmah was detained along with her daughter Souhoud Al Sharif, 30, nearly three years ago.

Basmah's release was pressed by her advocates in London, who had petitioned the United Nations for her release. According to her lawyer, she faced severe health issues inside the jail and suffers from osteoporosis. Princess Basmah has moved to her home in Jeddah with her daughter.

The government has so far not levelled any charges against her; neither produced any evidence to substantiate any wrongdoing on her part. But why was a Saudi crown princess arrested and jailed for nearly three years despite ill health?

Here's a 6-point lowdown on the whole case:

1. WHO IS PRINCESS BASMAH BINT SAUD?

Princess Basmah bint Saud is the youngest child of late King Saud, who ruled Saudi Arabia from 1953 to 1964. She is a businesswoman, a member of the Saudi royal family, and a human rights activist who was vocal about her views against the Saudi administration.

In a petition submitted to the United Nations in March 2020, the family of the princess informed that her detention by the Saudi administration in July 2019 might be because of her being ”an outspoken critic of abuses in our country of birth, but likewise for ... enquiring about the frozen fortune left (by) her father”, news agency Reuters reported.

Saudi authorities have so far been tight-lipped on her arrest.

In March 2019, Princess Basmah was about to depart for Switzerland for her medical treatment, when she was arrested by the Saudi authorities. Her daughter Souhoud Al Sharif, who was accompanying her, was also arrested. Princess Bismah was kept in one of Saudi Arabia's most high-profile prisons, al-Ha'ir Prison. The prison has a number of human rights activists who have been critical of the Saudi administration.

At the Saudi Mission in 2020 in United Nations, the administration to the UN in Geneva told the working group of arbitrary detentions that the princess “stood accused of criminal offences involving attempting to travel outside the kingdom illegally”, news agency AP reported. It further added that the case needed a trial. Princess Basmah was in London for several years and returned to the kingdom only in 2015 . Her arrest in 2019 has much to do with her criticism of her cousin Royal King Mohammad Bin Salman and his policies. In one of her stands against the kingdom, she vouched for constitutional monarchy of the kingdom from an absolute monarchy; a change that would have separated the position of the monarch from the country's executive branch. She had also urged the kingdom to observe restraint in the Saudi-led Yemen war.

The princess has been critical of the Saudi administration on the way it has been treating its women, be it in education, social standing or divorce laws, etc. In one of her write-ups in the BBC, she said that she would like to see a proper constitution that treats all men and women on an equal footing before the law.

She felt that the current divorce laws in Saudi Arabia are abusive against women. She said that in most cases of divorce, the woman is at the mercy of her husband, and even the judge, who is the sole interpreter of the Quran, sides with the man, leaving the woman high and dry. Similarly, if a wife has to seek separation from the husband, she has to demand 'Khali', under which she has to produce four witnesses which is impossible in most cases as the reasons for separation are confined within the four walls of marriage.

Princess Basmah marked that the state of affairs in dealing with divorce laws are in complete contradiction to Quran, upon which the laws are based. “In it, a woman is given full rights to divorce simply in the case of "irreconcilable differences,” she said.

6. THE EDUCATION SYSTEM FOR WOMEN 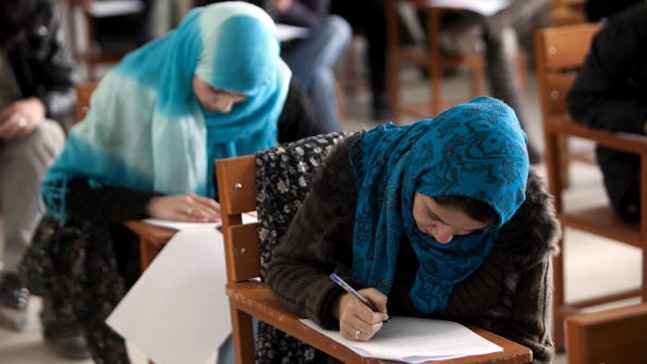 In one of her critical assessments of the kingdom’s approach to women's education, Princess Basmah advocated for complete overhaul of the education system, which in her view, was extremely dangerous. She said that the current education system tells the children that the position of women in the society is inferior to men and that women’s sole duty is to remain at home, obey her husband and raise children. Also, girls are forbidden from taking part in physical education which is wrong, the princess said.

She said that this is complete opposite to what the Quran and the hadith of Prophet Mohammad says.

She said that the syllabus of the schools need to change massively and religious education should be given only from Quran and Sunna (life of the Prophet). Rest, according to her, is rote-learning which can be dangerous, as it leads to fundamentalism in later stages.

#Crown prince mohammad bin salman, #Princess basmah arrest in saudi, #Princessbasmahbintsaud
The views and opinions expressed in this article are those of the authors and do not necessarily reflect the official policy or position of DailyO.in or the India Today Group. The writers are solely responsible for any claims arising out of the contents of this article.