Why India should shake off a caste-based reservation system entirely

I remember the first time I came face to face with the reservation system. It was during my college admissions.

I was aiming to study English literature at a Kolkata college. Since I had a good aggregate, I had applied only to the top three colleges in Kolkata — Presidency College, St. Xavier's College and Jadavpur University. I was so sure that I would be able to get into at least one of the above colleges that I didn't even feel the need to have a backup. I was more passionate about studying journalism, but none of the Kolkata colleges had a degree in this during my time.

Meanwhile, Presidency College had only 20-odd seats — out of which only 10 were available for the general category.

St. Xavier's had 80-odd seats — but only 40-odd were available for students of my ilk.

I don't remember the number of seats at Jadavpur University, but the situation there was no different.

The competition in the general stream was severe and all the colleges had an admission test. I asked around and figured that just about five per cent of all students who appear for the admission tests get selected.

Eventually, I did get into St.Xavier's College — it had the best English department in the city.

But I will never forget those days when the colleges declared their admission results — standing in front of the notice board, I only saw the dejected faces of students and sobbing parents.

I also remember reading the news of a student suicide in the papers the next day. He had failed to secure a seat in a good college. 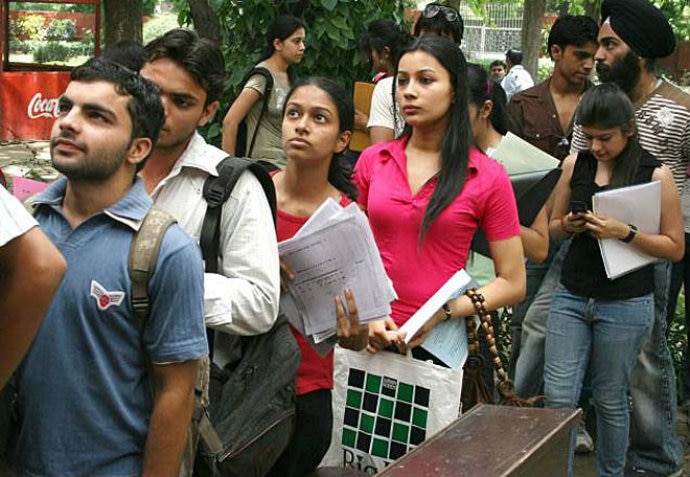 The endless wait, leading only to rejection! (Source: IndiaToday.com)

When class started, I discovered that most of my classmates, who had availed the quotas, didn't come from economically backward families. On the contrary, most of them belonged to a middle-class family, just like me. Some of my classmates were even financially solvent themselves — yet, they got in in a quota.

I later realised that if they hadn't availed the quotas, they wouldn't have secured admission into that college.

Suddenly I was reminded of how many of my schoolmates failed to get in, despite better grades, simply because they belonged to the 'upper castes' of society.

That day, the realisation dawned on me that reservations didn't mean more space was created for certain sections of society — it only meant that someone's space was snatched away to accommodate somebody else, simply because that someone else was born into a particular caste.

Surely, reservation based on caste is a tool for social justice for some sections of society. But what would you call the same for a Brahmin boy or girl who was denied a seat at a college of his or her choice or a government job despite being qualified for it?

Is it social injustice?

This is one question that no politician is ready to answer.

The standard argument for supporters of reservation is that some sections of society were oppressed for thousands of years — hence they need a helping hand to be mainstreamed into society. The advocates of caste-based reservation cite Dr Bhimrao Ramji Ambedkar as one of the leading proponents of the reservation system and cry hoarse that we haven't been able to achieve the society that Baba Saheb Ambedkar dreamt of. 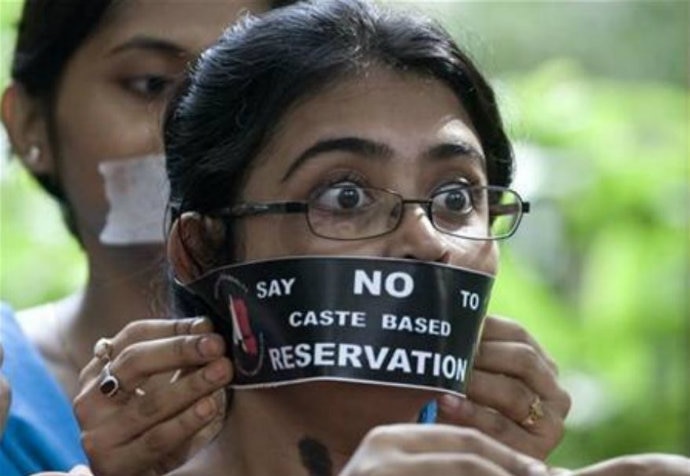 Stop further social injustice — merit should be the only judge of opportunity. (Source: Reuters)

That is the reason why he had called for the reservation system to be reviewed after 10 years.

It is also an open secret that Dr Ambedkar's prophecy has come true — and the legislative provisions of caste-based reservation have failed to produce the intended results.

In fact, critics argue that caste-based reservation policies have only deepened the fault-lines in the Indian caste system. There were politicians too who have come out openly against this system, saying that it is not serving the propose it had set out to, and more importantly, the founding fathers of the country hadn't imagined the reservation system to be a strategy to win votes.

Things have come to such a turn that every community today feels that they have been oppressed and thus demands a reservation for themselves.

Caste-based reservations should have ended in 1960 according to Dr Ambedkar but we are still reeling under it in 2019.

If you carefully read the key speeches of Dr Ambedkar, you will realise that what resonates better with his vision of India is a quota based on scientific social research, where the benefits of reservation would reach the population that genuinely needs it, and not somebody who is already at the top of the social ladder due to their high income. The people who have reached the 'creamy layer' of society don't need a reservation, and justly so. 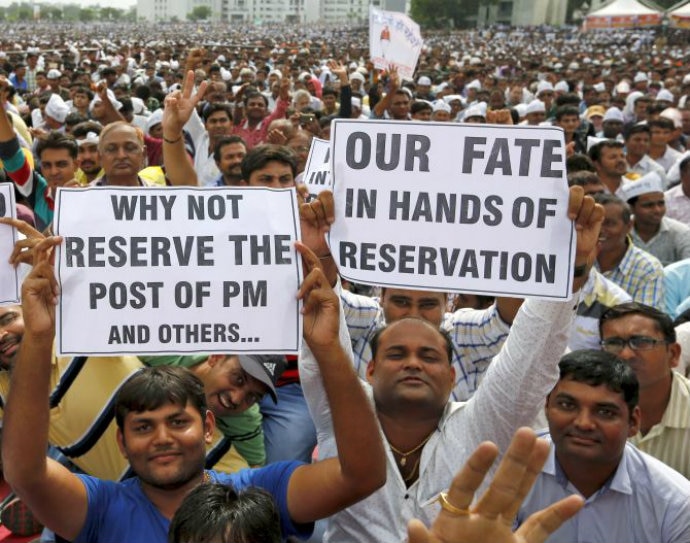 Ending caste-based reservation means going against 70 per cent of the Indian population. Who will dare to do that? (Source: Reuters)

Previously, we never had the tools or methods to determine whether a person genuinely needs reservation or not. But today, we have all the tools available to determine so — if a person is economically backward, comes from a rural background and aspires for higher or technical education, then surely they deserve preference over others.

Letting people who genuinely need it reap the benefits of reservation — without considering their religion or caste — would be the best way of dispensing social justice.

But sadly, that is not the way India functions politically.

We can talk about ending caste-based reservation policies, but we won't be able to implement it because roughly 70 per cent of India's population belongs to reserved categories. That too is a figure from 2011. Any move to end caste-based reservation would mean going against 70 per cent of the Indian population. No political party will dare go there.

India would see the end of caste-based reservation only when Indians themselves realise that such reservations don't serve the intended purpose.

This is not utopia — there are countries which have done away with such reservation. Take Bangladesh, for example, the reservation system in government jobs was permanently scrapped when thousands of students marched to the capital, Dhaka, in protest.

It's time that India moves towards a caste-free system where a candidate secures a job or a seat in a college without any constraint. Opportunities for all will be based on merit, and if you have merit, the state should ensure that there is no handicap to prevent you from seizing that opportunity.

That is the way Dr B R Ambedkar saw India.

That's the way we should see our motherland too.