Why is Google paying 183 million pounds to the Irish govt?

Tech giant Google's Ireland subsidiary has agreed to pay € 218 million (£ 183 million) to the Irish government in back taxes for the year 2020. The company has been accused of evading millions in taxes in Europe through loopholes known as the 'double Irish, Dutch sandwich'. Although the Irish government had abolished the double Irish with a Dutch sandwich in 2015 for incoming corporations, but controversially allowed those already using it to do so until the end of 2020.

BUT FIRST, WHAT IS DOUBLE IRISH DUTCH SANDWICH? Investopedia explains that the 'double Irish with a Dutch sandwich' is a tax avoidance technique that involves the use of a combination of Irish and Dutch subsidiary companies in order to shift profits to low or no-tax jurisdictions. This technique is used by corporations to reduce their overall corporate tax rates drastically. In this case, Google was using this strategy to shuffle revenues made across Europe and Ireland to offshore places with little or no tax rate such as Bermuda. 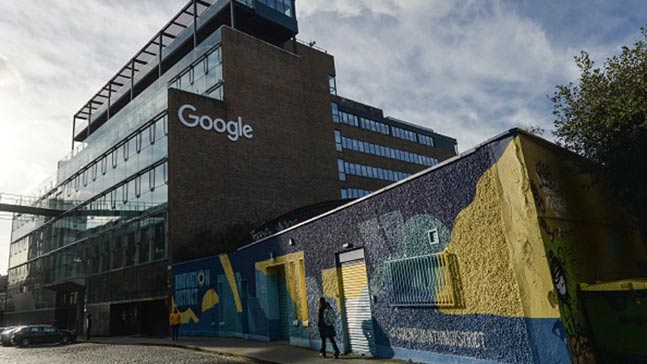 WHY IS GOOGLE IN THE DOCK? The Irish Times reported in 2020 that by the end of 2017, US multinationals such as Google were holding estimatedly more than US$ 1 trillion in their offshore accounts. In 2017, Google Ireland Holdings (Google Ireland's parent company) recorded US$ 14.5 billion in untaxed profits on a turnover of US$ 22.3 billion, and had no staff on its books.

The company has said that it will pay a 'corporation tax of € 622 million for 2020, including the € 218 million backdated settlement and interest charges'. A Bloomberg investigation showed that the strategy employed by Google allowed it to bring its overseas tax rate down to just 2.4%.

In its annual filing, the company said, 'Subsequent to year-end, the company agreed to the resolution of certain tax matters relating to prior years. This tax liability and associated interest are recognised in the current financial year.' Google did not explain the reason for its back taxes in its statement. Chief executive of the Fair Tax Foundation, Paul Monaghan said, 'There really is a disgraceful lack of transparency around Alphabet’s (Google's parent company) tax conduct, especially at the level of the Irish subsidiaries. Stakeholders have a right to know what this Irish corporation tax settlement relates to.'

Now, Google has to pay the Irish government 183 million pounds in back taxes.