The then-IGP of Kashmir range had planted SIM cards into LeT camps in Pakistan for counter-insurgency ops. This helped save many lives and establish the Pak link.

Breaking a decade-long silence over the 26/11 terror strikes, a senior intelligence official has just revealed that the planting of SIM cards into Lashkar-e-Taiba camps in Pakistan by a senior Jammu and Kashmir police officer, SM Sahai, enabled the country to overcome the deadly attack in the port city of Mumbai.

In a secret operation, the then-Inspector General of Police Kashmir range, SM Sahai, had planned the operation to sneak Indian SIM cards into LeT camps in Pakistan through an agent, hoping to cash in on this for counter-insurgency operations.

The move worked beyond expectations - and ended up proving a game-changer.

It not only helped save the lives of numerous hostages during the 26/11 siege, but also established Pakistan's hand behind the terror strike in the financial capital.

But until now, the role played by SM Sahai had been the untold story of 26/11. Children light candles to pay tributes to the victims of 26/11. (Credit: PTI)

Speaking to Hindustan Times in detail for the first time since the attack, Divya Prakash Sinha, who was heading the operations wing of the Intelligence Bureau (IB), gave details of the happenings in the run-up to 26/11, during the attacks, and in the investigation that followed the killing of 166 people in the carnage.

Sinha, who retired in 2015 as India’s secretary (security), told the newspaper that on the fateful evening, the call intercepts helped the IB to get real-time information about the happenings at locations where people were taken hostage by the terrorists.

“In my secure control room, my officers put me on to the intercepted call on the speaker phone. We could hear a person screaming, 'Bata tu kya wazir hai? (Tell us, are you a minister)?' …the person replied, 'no no, I am a school teacher…' Then someone on the other line said, ‘kill him, he is lying, a schoolmaster cannot stay in room with a rent of Rs 20,000'. They were talking in Urdu mixed with Punjabi,” Sinha said.

At the IB control room, he had asked his officers if they were monitoring a Pakistani number, to which they replied that it was an Indian number which has just become active.

But then, how had the terrorists got access to an Indian SIM?

Well, Sinha has explained that SM Sahai had already planted Indian SIMs cards into the Lashkar camps, hoping that they could be used for counter-intelligence in the restive state.

“A pack of 30 prepaid SIM cards was sent to Pakistan through a Lashkar agent. It was hoped that if Lashkar armed its operatives with these SIM cards, and they were already on surveillance by Indian agencies, security officials will get to know before these operatives could plan a strike,” Sinha said. “It was one of three cards that got activated in Mumbai, and was being used by a terrorist who had reached the Taj. As soon as the attack started, it was due to this SIM card that we knew exactly what was happening in Mumbai, and it helped us formulate our response to the attack.”

The 1987-batch IPS, Sahai, who presently works as Additional Secretary, National Security Council Secretariat, is seen among the most successful cops and inspector generals of police (IGP) to have served in Kashmir in the past 30 years of turmoil.

During his twin stints as the IGP of Kashmir, the J&K cadre IPS from Bihar not only restored normalcy after spells of unrest, but also managed to bring militancy to a record low.

After his first stint as the IGP in 2007, when he largely weeded out Hizbul Mujahideen, Sahai was combating Lashkar.

This could be a possible reason behind planting the SIM cards in their terror ranks.

He served his second stint as IGP of Kashmir in 2010, when the Valley was witnessing a mass agitation that left around 120 people dead.

Within three months of his taking over, Kashmir was not only back to normal, but the year witnessed a decline in the number of locals joining militant ranks and saw the figures fall to 54.

For the next three consecutive years, during his tenure as IGP, the local recruitment in militant outfits continued to decline to 23 in 2011 and 21 in 2012 respectively, before reaching its lowest in 2013. 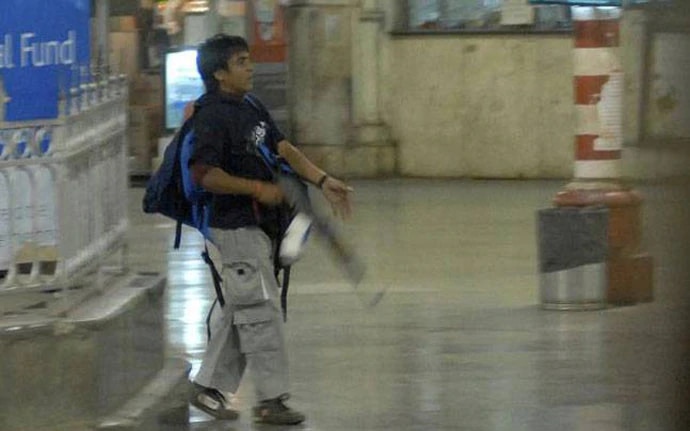 Sahai, who normally avoids media interactions, even helped the government keep the situation in Kashmir under control after the secret execution of Parliament attack convict Muhammad Afzal Guru in February 2013.

It’s an open secret that the day ahead of Guru’s hanging, Sahai spent the whole night travelling from south to north Kashmir, to personally monitor the preparedness of the police force to tackle any situation.

Although seen as a supercop, Sahai is often accused of being a "no-yes-minister-officer", who avoids political interference with his work.

In 2016, as the then-Additional Director General of Police, Sahai had candidly told the media that Chief Minister Mehbooba Mufti was aware of the operation that killed Hizb commander Burhan Muzaffar Wani.

Within weeks, he was transferred to New Delhi.

And has been there since.

Sahai never spoke about his role in tackling 26/11 - but the story of Indian SIM cards planted in Lashkar camps makes him an unsung hero among those who served their nation.

Also read: Ten years after 26/11, can Mumbai be attacked again?

#Sm sahai, #Jammu and Kashmir, #Mumbai, #2611 terror strikes
The views and opinions expressed in this article are those of the authors and do not necessarily reflect the official policy or position of DailyO.in or the India Today Group. The writers are solely responsible for any claims arising out of the contents of this article.