From humour, romance, fight sequence to mother sentiments, Wild Karnataka has it all.

The Western Ghats, forests of Karnataka, some of the rarest species on the planet displaying their (best and worst) behaviour in their natural habitat, and David Attenborough’s narration as your guide through all of this. For wildlife enthusiasts who survive on Animal Planet and Nat Geo Wild for their daily dose of natural history, and the idea of a vacation means heading to the forests to explore the wild world, this combination is nothing short of magic. And magic is this 54-minute documentary — Wild Karnataka — directed by conservationists JS Amoghavarsha and Kalyan Varma.

Wild Karnataka has all the hallmarks of a Bollywood (or Kollywood, Mollywood, Tollywood, Sandalwood - take your pick) superhit — ranging from the hero running after (read: stalking) the heroine, romance, suspense, thrill, fighting the villains out to hunt, and mother sentiment — you name it, and you have it. 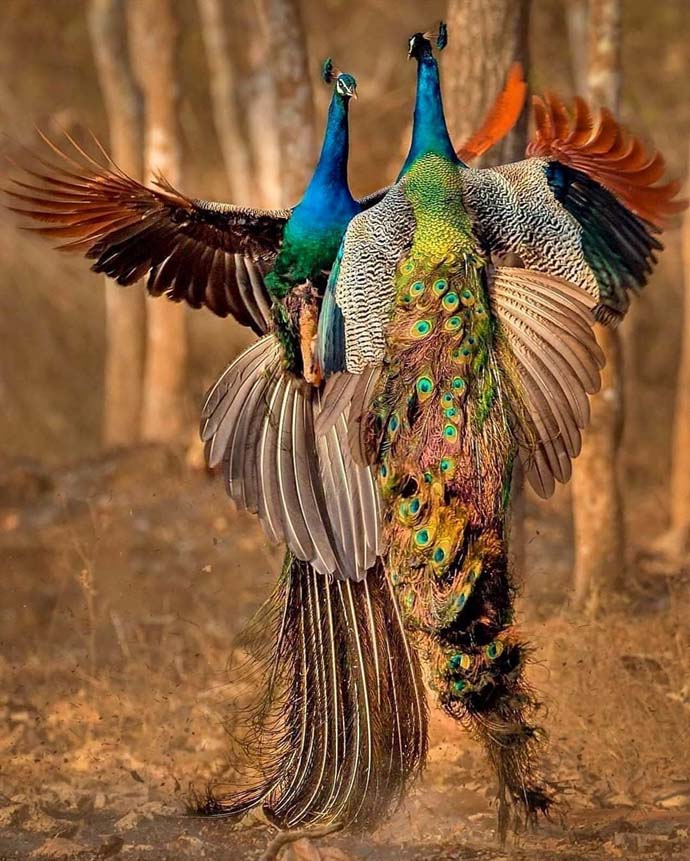 The story opens in monsoon end. The animals have to cope with the arid summers and dry spells that follow, till the next monsoons come with the promise of a fresh lease of life. It traverses between the food habits, mating patterns, mother-and-cub relationship and migratory behaviour of some rarely known creatures like smooth-coated otters, dholes, Indian flying lizards, spectacled cobra and reed cats (jungle cats). Of course, you are treated to delightful footage of tigers, elephants, peacocks (fighting to mate) and the king cobra.

It is all very cute when the mother reed cat watches over the four kittens frolicking outside their rocky home in the Deccan plateau. One of the over-curious ones (the naughtiest of the siblings perhaps) decides to explore and emerges in front of the boulder. Slithering some feet away is a spectacled cobra (Naja naja). For the uninitiated, “One bite from a spectacled cobra is usually fatal. They’re one of India’s most dangerous snakes,” Attenborough elucidates. Will he strike? Is the kitten's short life about to meet a venomous end? (Photo: Instagram / @wildkarnataka)

What chance does the poor kitten have? We were gripping our seats and holding our breath at this point waiting for the inevitable. You can cut the tension in the air with a knife. Blissfully unaware, our kitten hero’s saucer-eyes are mesmerised by that raised hood. One step forward, and it is the end of his (or her) very short life story. As if on cue, the little one slowly backs off, the cobra slithers away, and we exhale.

The mother king cobra gathers the dry vegetation with her body to build a nest and lays her eggs. She then guards her nest for the next two to three months over the full incubation period, determining the right temperature with her skin. She eats and drinks nothing over this entire period, and guards the nest with her life. But she never gets to see her young ones. Lest you assume the worst, nothing has preyed on her and she is absolutely fine.

Just when the eggs are about to hatch, she slithers far, far away from the nest. Or, as Attenborough tells us, “She is giving them their best chance at survival.” You see, the king cobras are cannibals. The mommy cobra does not want to eat up her own young ones. The eggs hatch one by one and the ravenous newly-hatched baby (they are born hungry) also slithers as fast as it can from the nest — to find food, and avoid being eaten up by its siblings. 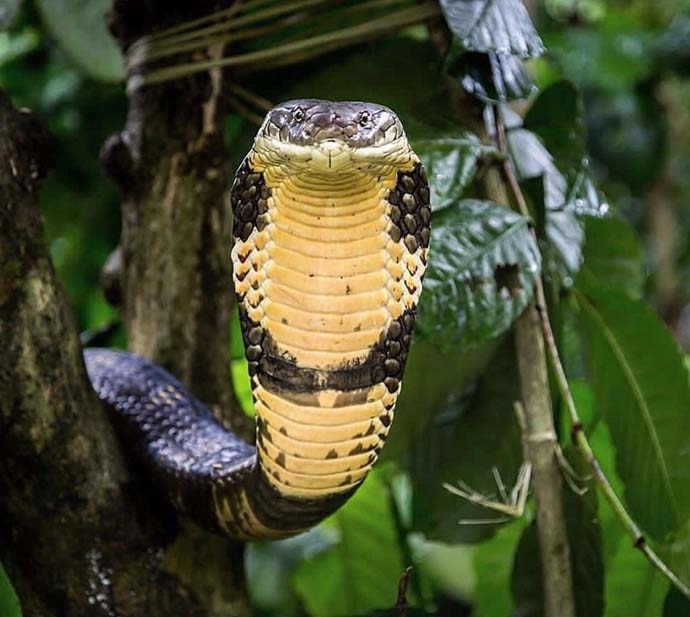 In another scene, the smooth-coated otters are happily foraging for fish in a pond. On the bank, a mighty tiger or tigress decides to cool his (or her) body and paws (perhaps after a sumptuous feast of a large herbivore) and heads into the pond. The indignant otters cannot stand this intrusion and the raft of four otters charges towards the tiger. On land, they barely stand a chance in front of his (or her) striped majesty, but water is all theirs. Believe us, the tiger flees. We are torn in between awe and amusement.

The cake is taken by the short (but very striking) sequence of Karnataka’s coral reefs and their inhabitants. We were floored.

Each scene is beautifully elevated by the background music. From the tabla introducing the cobras, to the peppy dance notes for the peacock mating, Grammy-winning composer Ricky Kej’s background score adds to the magic of Wild Karnataka.

Wild Karnataka is India’s first blue-chip natural history film and also the first of its kind to get a theatrical release. The stunning drone footage by award-winning wildlife photographers and filmmakers Kalyan and Amoghavarsha deserves no less. For those with a cursory interest in BBC and National Geographic’s documentaries, Kalyan Varma is a familiar name.

And Sir David Attenborough’s matchless voice and omniscient narration is the cherry on the cake. Incidentally, the culture of wildlife documentaries was started by Sir Attenborough in mid-1950s.

But Wild Karnataka is not perfect. There are drawbacks too. We felt that the film was too short and lacked focus on any one aspect of animal behaviour. It was too short for viewers to retain information on an animal's particular behaviour. Secondly, considering the best of technology was used, some shots were out of focus (ones on the Indian flying lizards, for instance).

Our final word: watch it if you haven’t. And take your kids with you. As conservationist Baba Dioum puts it, "In the end, we will conserve only what we love, we will love only what we understand, and we will understand only what we are taught." Teach the kids to appreciate the wonderland in India's forests.

Awe of nature is step one to conservation. And Wild Karnataka definitely inspires awe.

Also read: What killed the thousands of migratory birds in Rajasthan?