JEE, NEET twice a year: Who will actually benefit from the decision?

Most of the students will take the exams twice

Finally, we have an agency to take care of the competitive examinations of the country, leaving CBSE alone to bungle the secondary and higher secondary examinations. On the other hand, the National Testing Agency, which will not have any other academic responsibilities of curriculum revision, etc., will have enough time to conduct these examinations twice a year.

On the face of it, the move seems positive and students are indeed happy as their chance to score higher and therefore bag a better seat in a premier institution stands doubled.

Or, the huge amount of money the training institutes will now get to make as the formats of the tests are going to be entirely different? 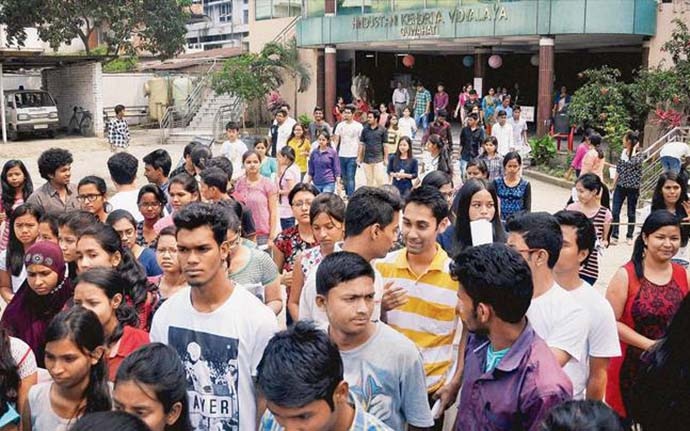 Will they be stressed out — twice a year now?

Yes, the students now won’t have to wait a year to improve their ranks. JEE (Main) will be held in January and April. If you are not happy with the January test, you can take another chance in April. NEET (medical entrance test) will be held in February and May. Measure the pressure building up on the students. Also, don’t forget that there are regular Class 12 examinations in-between.

Calling the decision a “student-friendly” move overlooks the fact that, in all probability, most of the students will take the exams twice. Who knows, you may get a better score next time! Also, there are many who prepare for both engineering and medical entrances.

So, no, this is not going to lessen the students' burden.

Then who will benefit from the decision?

First, thousands of private engineering colleges across the country which have been struggling to fill up their seats. So severe is the condition that states like Haryana, Madhya Pradesh, Chhattisgarh, Telangana, Maharashtra and Rajasthan do not want any new technical institutions to be set up.

Two exams a year may actually help them get more takers.

Second, the coaching centres which now have an open field to play.

As the entrance tests get new custody, the format is also going to change. All these tests will be online. Students will have the flexibility to choose a convenient date and there will be various sets of questions.

We can only hope that the ministry has considered the rural students who may not be as tech-savvy as digital India thinks them to be.

MHRD minister Prakash Javadekar has allayed some fears and said that practice centres will be set up in engineering colleges for students who don't have access to computers at their homes. From August, they will be able to practise free of cost.

Meanwhile, the training institutes elsewhere will find a legitimate reason to double their fees.

Third, the NTA itself. In 2017, the Union Cabinet had approved the creation of the National Testing Agency as an autonomous and self-sustained premier testing organisation. It will be chaired by an educationist appointed by the MHRD. It will be given a one-time grant of Rs 25 crore to start its operation. Then the agency will become financially self-sustainable.

About 40 lakh students appearing in various examinations, often twice, will certainly help in the process of making the NIT self-reliant.

As we debate it, the Madras High Court has ordered the CBSE to award four marks each to all Tamil candidates who took NEET, the medical entrance test, this year. There were some mistakes in translating the English questions to Tamil and this NEET controversy has been raging over the past few months. Even the Tamil Nadu government has already opposed the move to conduct NEET twice a year.

Opposing this is not a solution, as #Transformingeducation is undoubtedly a laudable aim. But the process should aim to be more qualitative.