More than 50% of Indian women are anaemic: Empowerment and ill health can’t go hand in hand

In India, traditionally, the women of the household are the last to eat.

In India, traditionally, the women of the household are the last to eat, after the rest of the family has had their food. This is the case not just in rural India, but in the urban parts as well, and also where the women are earning members.

Recently, talks about women’s inclusion in the socio-economic value chain at an equal footing with men have been gaining momentum. Prime Minister Narendra Modi himself has spoken about the importance of women empowerment and the need to address the gender gap. It is heartening to see gender equality become an important part of the political discourse.

However, the situation on-ground is starkly different, and rather grim. Women are rarely treated as equals, even in their own homes. Talk about women's equality is often centered around social, political and economic aspects, and the right to health is left out. (Photo: Reuters/file)

Talks and discussions around woman empowerment often pivot on social, political and economic aspects. The right to health is something that is often conveniently left out of the narrative.

This is unfortunate, as a productive life is solely dependent on good health. More so, if women are also caring for and nurturing children.

Recently, Ministry of Women and Child Development declared that September would be marked as the National Nutrition Month.

In the light of this, it is important to examine an ailment that has Indian women in a vic-like grip.

Anaemia is a glaring health hazard affecting women, especially those who are pregnant. Half the Indian women are victims to this silent killer. According to the National Family Health Survey 2016, India has the highest number of anaemic individuals globally — nearly 53% adult women and 50% pregnant women in India are anaemic.

In medical terms, anaemia is a condition in which there are insufficient red blood cells in the body, and the capacity of the blood to carry oxygen to various parts of the body is impaired.

The initial symptoms of anaemia, such as fatigue, headache or dizziness, could go unnoticed, but in the long run, this could be lethal if not diagnosed in time.

A balanced nutrient-rich diet, supplemented by iron and folic acid, is imperative to handle anaemia in adolescents, pregnant women and lactating mothers. During pregnancy, there is an increased demand of iron, the lack of which could lead to maternal anaemia, affecting the cognitive development of the child and also leading to higher maternal mortality.

Also, it adversely impacts the growth of the foetus, and results in preterm birth, low birth weight and reduced neonatal health.

As per estimates, anaemia is the underlying cause for 20–40% of maternal deaths in the country, and India alone contributes to about 80% of the maternal deaths due to anaemia in South Asia. 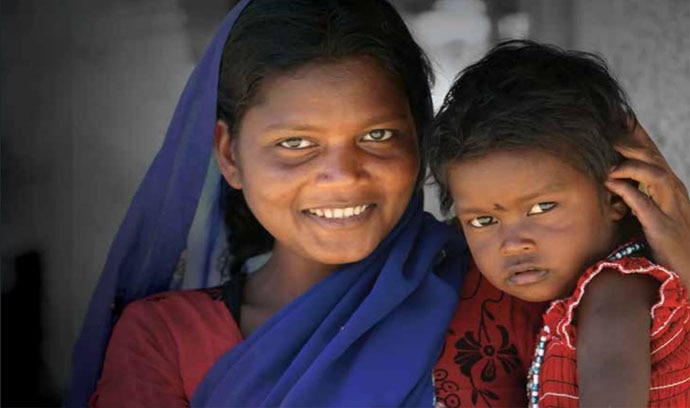 The health of a pregnant woman has a direct impact on the growth and development of the baby. (Photo: Twitter)

The government is undertaking several reformative steps in this regard, but a lot more needs to be done.

Recently, two schemes, called Anaemia Mukt Bharat and Poshan Abhiyaan, were launched. While the former is a set of holistic guidelines to contain the spread of anaemia, the latter is a targeted approach to reduce anaemia by 3% per annum among children, women and adolescents.

The need of the hour is to implement these policies on ground, which is riddled with challenges and hurdles.

A recent study in Odisha on socio normative barriers in iron and folic acid (IFA) uptake throws up some useful insights.

There are knowledge barriers, where women are not aware about the importance of consuming IFA tablets. Additionally, there is a belief that consuming too much IFA would make child birth difficult. According to the NFHS 4, only 30% of pregnant women consumed IFA tablets for 100 days. This figure of consumption is abysmally low. In a state like Rajasthan, expectant mothers who consumed IFA for 100 days or more is as low as 17%.

There are blatant gaps in the supply, distribution and consumption of nutrient-dense food and IFA. For example, in Jharkhand, IFA tablets do not reach the last mile, owing to challenges such as estimation of requirements, issues in procurement, monitoring of stocks and training the frontline workforce to distribute the stocks. This is not a problem specific to Jharkhand alone. Varying degrees of such problems exist across the country.

The government, development partners and communities are working hand in hand to deal with the issue.

In Rajasthan, it has been found that social behavior change communication, designed to influence the husband and the mother-in-law, can result in increased diet diversity among pregnant and lactating mothers.

In Odisha and Bihar, there have been interventions designed to increase the uptake of IFA and nutrient foods, using women self help groups to mobilise mothers. 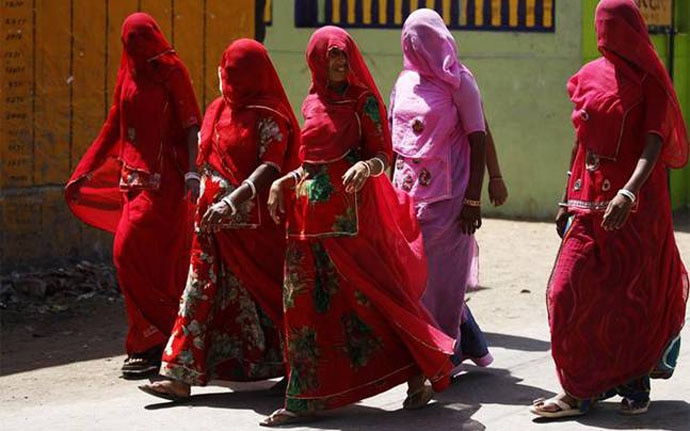 In Rajasthan, it was found that convincing the husband and the mother-in-law ensured better care for pregnant women. (Photo: Reuters/file)

In Jharkhand, the health department of the state has been working to create an action plan that would improve the supply and distribution of micronutrients, including IFA.

There have been some inspiring stories from Rayagada, Odisha, where attempts have been made to bring back traditional local forest produce to improve nutrition indicators.

These learnings need to be replicated in other states, and quickly.

The solutions should be contextual and holistic, in sync with the prevalent belief systems and customs specific to various parts of the country, so that the pace of adoption is steady.

Given the increased dialogue around women empowerment, this is a window of opportunity to increase efforts, as empowerment will at best be partial if more than half of Indian women are unhealthy.