How women get a raw deal in pandemic

There is an urgent need to look into the critical aspects that make women extremely vulnerable to the social and economic effects of the crises.

When crises strike, deep-rooted structural inequities in different socio-political and socioeconomic forms, tend to exacerbate. A pandemic-spread with lockdowns freezing economic activity and human mobility has already made conditions of the economically vulnerable more disparate. A substantive hidden cost of the crises — apart from the poor — is also likely to disproportionately impact women — across social fault-lines of class, caste, ethnicity and gender. To understand how acutely women have been affected by the twin-shocks, a series of questions merit attention and closer scrutiny.

First, it requires a need to understand the broader socio-economic context (of high gender inequality) in which the current crises hit India. One must also interpret the extent to which crises are (re)defining the nature and form of work and its future, making millions of women (even those who do have a job) to Work From Home (WFH), and being expected to manage greater household responsibilities or "care-roles" in a society embedded with cultures of patriarchy. Thirdly, the impact of such changes in (re)imagining the traditional distinction between paid and unpaid work for women. 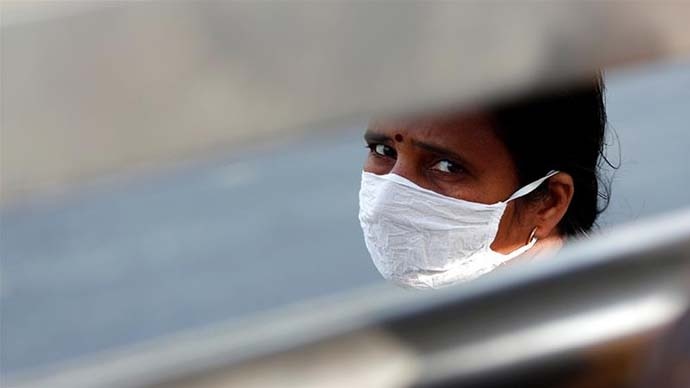 To understand how acutely women have been affected by the twin-shocks, a series of questions merit attention and closer scrutiny. (Photo: Reuters)

Even before the pandemic, a high degree of gender inequality in India's (un)employment landscape and a low female-male workforce participation rate were subjects of concern for the contracting economy. Constituting more than half of the overall population, women have been employed in the unorganized-informal landscape across the rural and urban economy.

Even in unemployment numbers of the organised (formal) sector, more than 44 per cent of those unemployed features females (vs. males), out of which 25 per cent included unemployed women with advanced education, 16.2 per cent with intermediate levels of education, and roughly 3 per cent with basic education. The proportion of unemployed (educated) females in urban areas is far higher than males. The current crises are also likely to push many girls out of school as schooling remains suspended and access to digital learning is infrastructurally poor in most of India.

Sectors, where female-male workforce participation is relatively more balanced, include healthcare and education which in many states, remain grossly underfunded, while other sectors, including manufacturing, construction, and even service-led industries like IT, Transport, Tourism etc. has extremely low female-male representation.

There is the need to segregate-what many economists have emphasised on, distinguishing between paid and unpaid work and its impact on women (their agency) in context to patriarchal (social) power structures, where a significant proportion of women-work remains largely unpaid for, or not accounted as "productive work" in the National Income accounting calculations.

In 2019, the imputed value of the unpaid work by women was equivalent of $10.9 trillion, which is more than the earnings of the top 50 firms in the world in 2018 (Wezerek and Ghodsee 2020). In understanding the paid-unpaid work time allocation from a household perspective, I have previously argued how there is a conscious need in India's social and economic policy to accommodate for a time-endowment approach (say, in National census data collection processes) studying the average number of daily-hours attributed by women in unpaid work and the hours for paid work. This can help policy-makers understand the data from a household unit and its geospatial nature, and in recognising the gendered inequities leading towards the subjugation of female-agency where many find it difficult to voluntary assign a higher number of hours towards paid work. Another aspect is related to how the current crises are redefining the nature of work itself, where millions of women even in the organised segments- are expected to work from home.

In some of the previous work attributed to understanding the motivation for female-workers to exercise greater household decision-making, many women consented that having access to work outside the home, allows women to develop new social relationships and networks, which helps them in exercising greater-agency, and question the culture of patriarchy inhibiting their decision-making at home. This might change in a new, post-Covid world where a greater emphasis on WFH culture is promoted unless new avenues of work are created that encourage greater female representation.

Moreover, for married women, or those with families, requirements of greater "care-responsibility", may redefine the distinctions between hours for paid unpaid work, given how, in patriarchal social arrangements, a normative expectation to put a greater number of hours towards "care" (homeschooling needs) would with needs of organised work hours. There are other areas where women have been adversely affected, in terms of increase of domestic violence across states; the nutritional impact for women (across age groups) when access to basic nutrition has become a concern for millions of workers.

In UP alone, 33 per cent women reported physical violence in the first few weeks of the lockdown, amongst which 94 per cent of the violence was reported to be "sexual in nature". There is a most urgent need to look into all these critical aspects that make women — amongst other gendered groups — extremely vulnerable to the social and economic effects of the twin crises (pandemic and lockdowns).