Time to reform the armed forces

India seems to have started moving at a faster pace to bring reforms into the armed forces and prepare for tomorrow's conflicts.

The media has widely reported on the battle won for women Army officers; they will now be able to get permanent commission and hold command posts. Though it is not part of the reforms announced by the government, it is a welcome development, especially for a writer of French origin who in his youth often heard of the prowess of Joan of Arc, the Maid of Orleans, who led Charles de Valois' troops to defeat the British in 1429.

Similarly, famed for her slow movements, India seems to have started moving at a faster pace to bring reforms into the armed forces and prepare for tomorrow's conflicts. On August 15, 2019, Prime Minister Narendra Modi had announced: "To further sharpen coordination between the forces… India will have a chief of defence staff (CDS). This is going to make the forces even more effective."

On December 31, 2019, the outgoing chief of Army staff General Bipin Rawat was appointed the first CDS. Since then, things have progressed relatively fast. One of the compelling reasons to bring in changes is that China has already started moving its pawns: In January 2016, Beijing undertook a series of in-depth reforms of the People's Liberation Army (PLA). 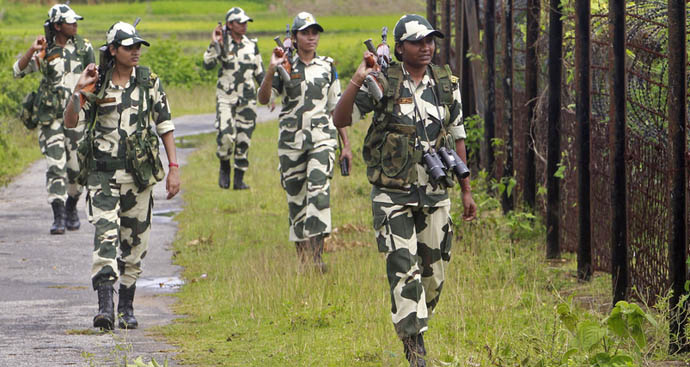 While reiterating the Communist Party of China's absolute leadership over the military, the PLA was asked to win the 'battle of military reforms'. A joint operational command structure for the land forces was established and the seven Military Areas Commands (MACs) were reduced to five more flexible combat Theatre Commands. "The restructure is part of Xi's massive military overhaul, which aims to shift the PLA from an Army-centric system towards a Western-style joint command, in which the Army, Navy and Air Force are equally represented," The South China Morning Post commented.

President Xi asserted: "Under the leadership of the Communist Party, our military has gone from small to big, from weak to strong, from victory to victory." Today the question is: Can India follow suit? Apparently, the train is finally moving: The restructuring of the Indian Army Headquarters has started. There is a proposal to create a new post of Deputy Chief of Army Staff (DCOAS) for Strategic Planning, apart from the DCOAS information system and training, and DCOAS Planning and System. A DCOAS (Strategic Planning) should head the Directorate of Military Intelligence, the Directorate of Military Operation and a newly created Information Warfare branch. It is indeed high time that India thinks about the war of tomorrow, ie Cyber War. Interestingly, two new posts of additional director general (ADG) for vigilance and human rights violations are being created, giving the Army more moral credibility.

Perhaps, more radical in the long run is the creation of a fifth department under the Ministry of Defence, a Department of Military Affairs (DMA) with the CDS as secretary. The DMA has already been allocated clear responsibilities. But the real revolution is the entry of senior Army officers in chairs previously occupied by babus. Tree two-star rank officers will soon be joint secretaries in the DMA. "From internal studies led by senior ranking officers on working out the establishment of theatre and joint commands; these are part of the first 100-days agenda of the CDS," a business daily reported.

There is definitely a need to ensure better jointness and integration between the Army, Air Force and Navy. Remember the 1962 War with China, when the Air Force was not even called to participate? The outcome of the conflict could have been entirely different with 'jointness'. One of the first objectives of CDS Gen Bipin Rawat is to set up the first integrated tri-services command for India's air defence headed by an Indian Air Force (IAF) officer by June 2020. Later, a joint peninsula command and a logistics command will follow. Today, each service has its individual air defence set-up while the new command would integrate assets of the three services and jointly provide air defence cover for India.

Another piece of good news is that the Indian Defence University (IDU) may finally take off. After years of delays and cost revisions, the IDU is on the CDS' agenda. Let us not forget that the IDU was first mooted 53 years ago and a foundation stone laid in 2013, but here too, the bureaucracy was not interested. The authorities are now aware that a modern Army needs not only officers well-trained on the field, but also intellectually ready to face the challenges of India's security environment and able to formulate policies to take on the new strategic challenges; in other words 'thinking officers'.

Since long, the PLA has been aware of this. One could add another unit to make the armed forces yet more responsive: A historical cell which would be the repository of records of the different directorates and services, which could be supplied to officers posted on the borders or in strategic locations the necessary background to fully grasp the historical aspects of their respective tasks. This may seem insignificant, but the conflict of tomorrow will be multifaceted, and this could be a crucial factor, particularly to tackle China, if required. One can only hope that the political establishment will remain firmly fixed on the reforms; India needs them.

#Bipin Rawat, #Women Empowerment, #Indian Army, #Womeninarmedforces
The views and opinions expressed in this article are those of the authors and do not necessarily reflect the official policy or position of DailyO.in or the India Today Group. The writers are solely responsible for any claims arising out of the contents of this article.