The beautiful game belongs to everyone, particularly Mo Salah.

A football fan in India is either a Bengali — or he is not a real fan of the beautiful game.

Well, at least that's how the Bengali Bhadralok created the "caste system" in the Indian soccer sphere that exists only within the inflated rubber ball that is his ego.

This rubber ball gets unusually inflated once every four years as the "Bengali Premier League" knows "Pheephaa" World Cup is here. And with that, he no longer calls himself a Bengali — he suddenly becomes a Brazilian or an Argentine. Would drag his wife all the way to ground zero, not forgetting to pose for that one picture for newspapers back home to carry with the caption— "football-mad couple before leaving for the World Cup".

It's true the Bengalis speak just one language — football. (What, you guys thought by language, I meant Bangla? Of course they cannot help but talk only in Bangla, even amid a sea of non-Bengalis).

While the entire Northeast bristles over this appropriation of the beautiful game by the Bengali, the Keralite and the Goan burning in football fever can only take to Twitter or write some think piece in some obscure website, arguing that "Kolkata is no longer the Mecca of football in India". Then they try to base their arguments on facts and figures — how it's the players from the much-relegated Northeast who are the real claimants of the football legacy (or the lack of it) in the country. Or, how it's Shillong Lajong and Aizawl FC that have dribbled their way into young hearts — the Northeast has finally beaten all odds and is the new powerhouse of football in India now.

But the Bengali will shut you up with a simple remark — the road to football glory for players from the Northeast passes through Salt Lake. India's left-winger Halicharan Narzary is a hero back in his home state Assam.

How can you enlighten the vicars of the football parish that everybody else watching and enjoying the game don't need your gyan. That there are more battles to lay down your lives for other than Mohun Bagan versus East Bengal.

To replace the Bengali uncle from the midfield of fan frenzy is a tough job.

Even the growing club of recent fans in "doughy Delhi" — like the one who wears a Liverpool T-shirt only to call himself an Arsenal, who thinks football means more beer in front of a giant TV screen in a cool CP restaurant — has a problem with the Bengali Bhadralok's appropriation of the game. But then, every time he tries to bring up the subject, he realises the cool dude next to him is none other than a Bong who would curse his father for all his miseries but won't tire of talking about "the only passion he shares with his father". Well, balls busted, Dabang Dilliwala quietened! There are more battles to lay down your lives for other than Mohun Bagan versus East Bengal.

But there is a way to deal with this appropriation.

To all those football outcasts out there, here is the secret — to get inside a Bengali football fan's mind (which, of course, is every single Bengali man) is to "screw up" his "game" with inane non-football questions in the middle of a match. You will see the defending midfielder scoring a self-goal.

I once had the chance to mar the peace of a pot-bellied "pucca phanatic".

Just as he started shush-shushing me with that "oh-please-woman-I'm-watching-football-which-of-course-is-a-man's-game-and-you-know-nothing-John-Snow" look, I innocuously remarked: "So that's Zlatan." I was ready for the snooty response — "Oh yes, Zlatan Ibrahimovic — Za-la-tan- Eb-ra-him-o-vichh — first learn how to say it. 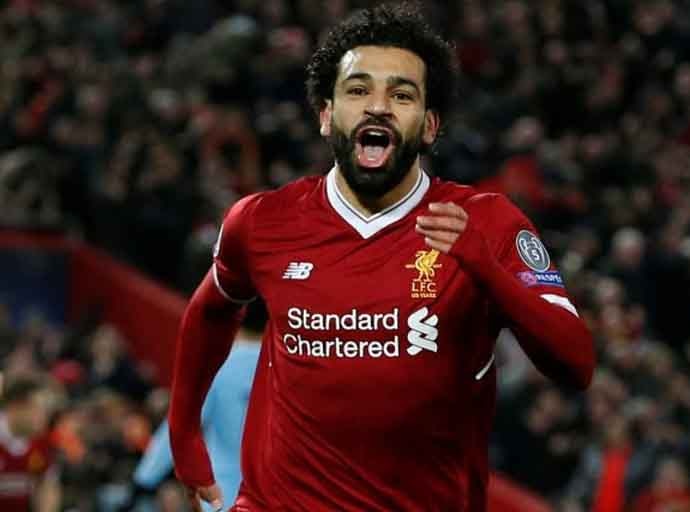 Why this Mo Salah picture? Well, he is a personal favourite

I did shut up, only to ask my next question. "Okay, name the first captain of the Indian football team?" Of course, the dude knew the answer, but didn't know how to pronounce Talimeren Ao. (Yes, the doctor-footballer from Nagaland). 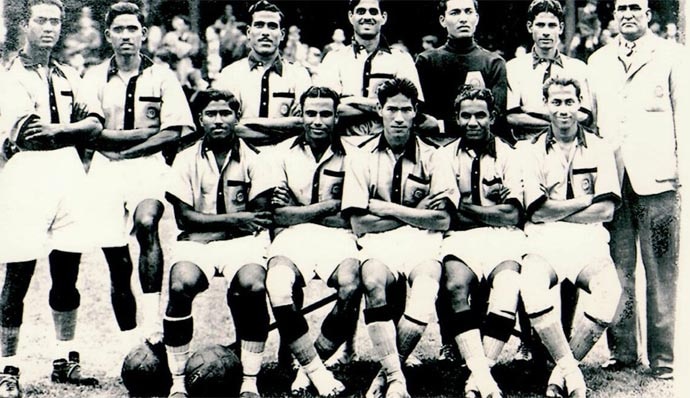 Talimeren Ao (centre-sitting) with the Indian team at the 1948 London Olympics [Credit: ESPN]

To the cool dude's credit, at least he knew who Ao was and his contribution to the game. The rest in the room who had no clue what the two of us were talking about gave me that "fuck-off" look. I did — walked out of the room and went to watch an SRK movie — Chak De India!

(Post Script: Let's not begrudge the Bengali his loyalty to football. At the end of the day, we all love the beautiful game, but we need to give everyone a level playing field. By the way, my personal favourite in the World Cup 2018 is Mo Salah, even if he doesn't play.)

#Football frenzy, #Bengalis, #Russia, #World cup 2018
The views and opinions expressed in this article are those of the authors and do not necessarily reflect the official policy or position of DailyO.in or the India Today Group. The writers are solely responsible for any claims arising out of the contents of this article.