WWE wrestlers have made special place in the hearts of people over the years. But some of them you have seen wrestling, might never wrestle again.

Back in the 90s, if there was one thing that amused kids and their parents alike, it was WWE. Be it Hulk Hogan tearing his vest apart, Triple H bashing his opponents with a sledge hammer or The Rock raising his eyebrows, there was a rage among fans of the gestures their favourite wrestlers made.

All these wrestlers have been an inseparable part of our childhood. But as all good things come to end, our beloved superstars have also gradually withdrawn themselves from the ring.

For some, it’s also a matter of performing in the ring keeping their health in mind. For the better part, many wrestlers left the ring, some got into commentary and some just went to Hollywood.

Here are 5 wrestlers fans might never seen wrestle again in the ring: Paul Michael Levesque, known as by his ring name Triple H (also Hunter) brought down the curtains on his in-ring performance in December 2021. Paul had a massive cardiac arrest  in September 2021, because of which he underwent a surgery at the Yale New Haven Hospital.

In an April 2022 interview with Stephen A Smith, Triple H said, “For me, as far as in-ring, I’m done. I will never wrestle again. I have a defibrillator in my chest, which it’s not a good idea for me zapped on live TV.”

Paul who is also the Chief Operating Offccer (COO) of the WWE, is married to the chairman’s daughter, Stephanie Mcmahon.

For the major part of his career, Triple H has played the heel (villain) character. His duels with The Rock and Shawn Michaels are memorable for his fans. Triple fans won’t be able to see any of this of this ever again. Triple H is not returning to the ring anymore. Known as “Mr Wrestlemania”, Shawn Michaels also might never return to the ring ever again. Though he announced his retirement from the WWE ring in 2010 in a Wrestlemania match against Undertaker, Michaels in 2018 competed in a tag team match with Triple H against Undertaker and Kane at a Crown Jewel event in Riyadh.

But his in-ring performance 8 eight years after his retirement, displayed his inability to compete anymore. Michaels continues to make special appearances ,but it is unlikely that he will return to wrestle again in the ring.

His fans will definitely miss the sweet chin music kicks which he would drop on his opponents. One of the deadliest wrestlers in WWE history, David Michael Bautista known by his ring name Batista, hung his boots after his fight against Triple H at Wrestlemania 35 In 2019.

The fans of Batista would remember him as the beast who would drop 'power-bombs' on his opponents. 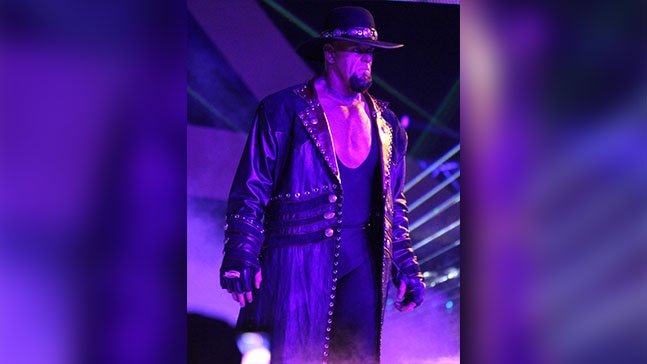 Most of us in our childhood thought The Undertaker was really a dead man who rose from his grave and wrestled in the ring. Mark Calaway, also known as The Undertaker, has been a curious case for his fans for most of his career.

Also known as The Dead Man, Undertaker had his last match against AJ Styles in 2020. And that was it. His body refused to further engage in brawls at the age of 57. He was inducted to the WWE’s Hall of Fame in 2022, after which he officially retired. His entrance theme still attracts the biggest roar from the crowd. Stone Cold Steve Austin had his last match in 2003 against The Rock in Wrestlemania 19. Since then he has made appearances in the WWE ring but never wrestled.

In an interview to comedian Arsenio Hall in 2016, Austin spoke about his going away from the ring. He said, “I walked away from the company because I didn’t like what they had to tell me.”

Austin recently also turned down Chairman Vince McMahon's offer to return to the ring. He said he can’t just turn out for one match only.

#Wweraw, #Wwewrestlers, #WWE
The views and opinions expressed in this article are those of the authors and do not necessarily reflect the official policy or position of DailyO.in or the India Today Group. The writers are solely responsible for any claims arising out of the contents of this article.