DailyOh! When Pakistan had brought down YouTube, to 40 million vaccine doses that are ready

As much as two-thirds of the world faced YouTube outage because of one country. No, it wasn’t China.

While you were sleeping last night many insomniacs were having a real hard time. If you are that insomniac you might already know what we are talking about; but if you aren’t, you might wonder insomniacs have a tough time every night so what was special about the last one. Last night, YouTube went down.

We will come back to YouTube because we first want to tell you that actor Asif Basra, who we saw in Paatal Lok and Kai Po Che, was found hanging at a private complex in Himachal Pradesh's Dharamshala. When Basra might have actually died remains a matter of investigation as is the cause of the death, which the police for now suspect to be suicide. 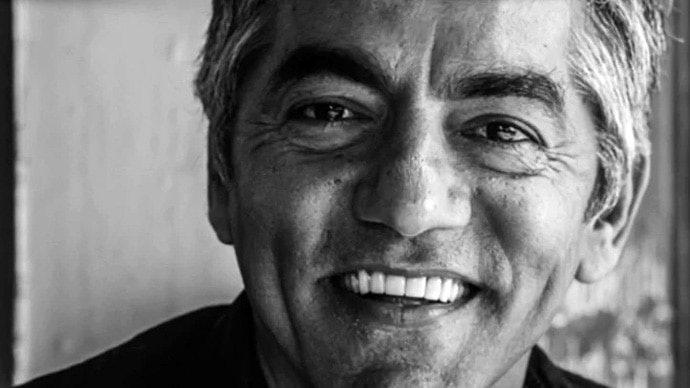 Actor Asif Basra was found dead at his home in Dharamshala.

Back to the YouTube outage that happened last night. The outage was global so it is possible some got hit in their waking hours. Although the lines between waking and sleeping hours are blurred beyond recognition and it is difficult to say when is which. This is, however, not about disturbed sleep cycles but about a disturbed YouTube server. About two hours after the disturbance was acknowledged by YouTube, the video-sharing platform announced it was back, thanking people for their patience with hearts and all. Not that people really had a choice. And not that YouTube has a way of knowing who was impatient by how much. 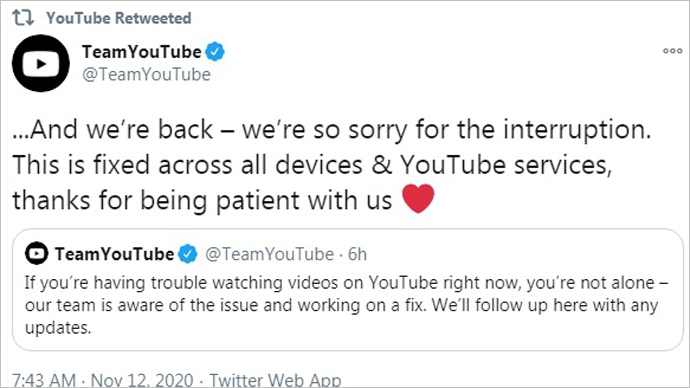 DownDetector.com, which monitors outages, showed nearly 2,86,000 people reported issues with the service. Now, just because someone did not report doesn’t mean they did not face issues. What it means is they were too lazy to report and so waited for others to do the needful.

In 2008, as much as two-thirds of the world faced YouTube outage because of one country. No it wasn’t China. YouTube is inaccessible in mainland China. The country that we are talking about is Pakistan. On February 22, the Pakistan Telecommunication Authority (PTA) ordered 70 Internet service providers to block access to YouTube. YouTube’s fault? Showing 'anti-Islamic' movies.

The PTA order came after a Dutch lawmaker, Geert Wilders, decided to launch the trailer of his film on YouTube. The movie reportedly portrayed Islam as fascist and prone to inciting violence against women and homosexual people.

Now the ban was meant for Pakistan, but one telecom company identified itself to computers as the world's fastest route to YouTube. However instead of serving up videos of people, it sent the traffic into oblivion. Whether this was an accident or a deliberate tactic to ‘punish’ YouTube remains a mystery because intent is often the most difficult to prove.

On the Chinese front, there was news of an attempt to diffuse tension by going in for de-escalation. And then China took it upon itself to clarify that it cannot give us any good news. Chinese mouthpiece Global Times said expect no disengagement. An soldier stands guard at the border. (File photo: Reuters)

To see to it that the pandemic that started in China is brought under control, 4,00,00,000 doses of AstraZeneca's potential Covid-19 vaccine, co-developed by Oxford University, are ready. We know that because Serum Institute of India (SII) has confirmed it.

The vaccine shots are awaited but the shots needed by the economy arrived and were administered by Finance Minister Nirmala Sitharaman herself. Helping her in the task was her junior minister Anurag Thakur. Sitharaman announced 12 fresh stimulus measures under the Aatmanirbhar 3.0 stimulus package, amounting to Rs 2.65 lakh crore. Thakur helped explain the details of the package.

Some may say the shot arrived on Dhanteras and some may differ. Blame it on the calendar. Dhanteras is generally celebrated two days ahead of Diwali. Since Diwali is on November 14, Dhanteras is today. Before we get to solving the calendar confusion, let’s just talk about why Dhanteras is called Dhanteras.

You, of course, know what dhan means, but what is the teras in Dhanteras, our Word Of The Day, which is partly today and partly tomorrow? Dhan is wealth and teras means 13th day.

As per the Hindu calendar, Dhanteras falls on the 13th lunar day of Krishna Paksha (dark fortnight) in the month of Ashwin. People generally buy gold, silver, other precious metals or kitchenware to mark the day. Some part of the Krishna Paksha falls today and some tomorrow. If you ask us, we recommend buy what you got to buy when you get the best deal.

Some Hindus worship Dhanvantari on Dhanteras, who is considered the God of Ayurveda. The Indian government marks Dhanteras as National Ayurveda Day, which will be celebrated tomorrow. Take your pick between November 12 and November 13. Do factor in our advice on buying. 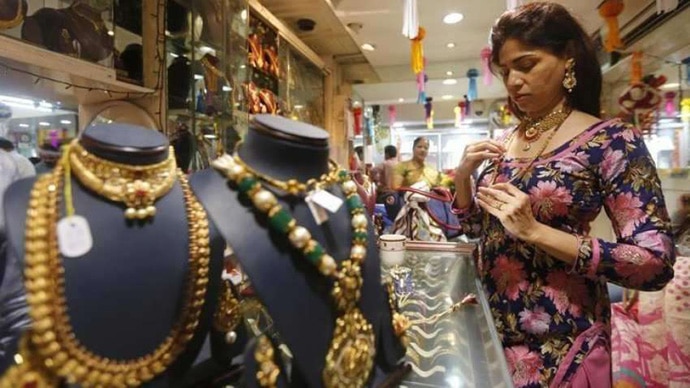 And we have something important to add to our advice. Try not to step out to buy stuff because just because the festive season is here, coronavirus has been found in a real celebratory mood. Delhi this morning recorded its biggest spike of 8,500 cases in the 24 hours preceding this morning. The Delhi High Court, meanwhile, has gifted the Delhi government a rap over the spike which is spiralling out of control.

Amazon Prime Video, meanwhile, has gifted its viewers the announcement of Mirzapur 3, after Mirzapur 2 became the most watched series on the OTT platform. But going by the dud that Mirzapur 2 turned out to be, we wonder if Season 3 would get the same traction. Also, it isn’t really a gift because you will have to pay Amazon to watch Mirzapur 3 just like you paid to watch Mirzapur 2 and Mirzapur.

RJD leader Tejashwi Yadav, however, believes power in Bihar belongs to him because the NDA 'won by deceit'. He also believes that the Mahagathbandhan will form the government. Freedom of expression can be denied (not legally though), but the freedom of thought is absolutely free.

In an institution that prides itself on free thinking, named after India's first PM Jawaharlal Nehru, PM Modi today inaugurated a statue of Swami Vivekananda, which is three inches taller than Nehru's statue on the campus. The statue inaugurated today isn't new, but has been refurbished after it was desecrated last year. It grew taller during the refurbishing.

Oh, the institution, just in case you haven't guessed it so far, happens to be JNU.

Also Read: What Joe Biden as US President means for India-US ties

#Covid vaccine, #Indian Economy, #Nirmala Sitharaman, #YouTube
The views and opinions expressed in this article are those of the authors and do not necessarily reflect the official policy or position of DailyO.in or the India Today Group. The writers are solely responsible for any claims arising out of the contents of this article.