Congress president Rahul Gandhi, when asked if he believed that as tit-for-tat riposte to Modi’s call for a Congress-mukt Bharat he wanted an "RSS-mukt-Bharat", replied in the negative. (The latter clarion call was once uttered by the poster boy of Aaya Ram Gaya Ram politics, the chameleon-like Bihar chief minister Nitish Kumar.)

Those who have followed Gandhi’s speeches and political expostulations will not be surprised. In an age of anger, violence and hate, Gandhi appears like a calming palliative when he talks of the “politics of love”; essentially encapsulating reconciliation, dialogue, tolerance and mutual respect. When rising xenophobia and unambiguous hate-machines proliferate divisiveness as the new normal, Gandhi’s politics of love appears almost outrageously anodyne. Keep calm and fight for love: In an age of anger, violence and hate, Gandhi talks of 'politics of love'.

It does not create prime-time hashtags for TV channels that are more worried about Gandhi watching Star Wars, or the medical reports of a deceased celebrity. And yet the truth is that we are fooling ourselves consumed by mainstream media’s cacophonous diatribes. It is human to prefer serenity over insanity, compassion over hate. Societies are based on these foundational values, wherein there is reception for an alternate viewpoint and contrarian voices are not asphyxiated using majoritarian might. India is a perceptibly unhappy country, it’s denizens looking surly and sullen in the sweltering sun. It has a lot to do with the country’s leader.

In the corporate world it is almost unanimously agreed that a company takes on the personality dimensions of it’s leader. A risk-taking, prodigiously ambitious, progressively disruptive leader will have an innovative work culture, lesser cubicles, an appetite for new products or untested markets. Jeff Bezos of Amazon is a prime example of that restless business ingenuity; his company today is the unconquered online retail leviathan. Elon Musk of Tesla’s near hallucinatory imagination can stun even the most creative wanderlust; if electric cars is indeed the future and not just fashionable flamboyance, Musk will be the Rockefeller of the energy revolution. Uber had a serious work-culture meltdown because CEO Travis Kalanick encouraged ruthless project execution as the touchstone of corporate existentialism. He has since been fired and an erstwhile attorney — general had to investigate corporate shenanigans.

Take a good look at Apple, and what do you see? A penetrative gaze will tell you that the effervescent genius of Steve Jobs is still luminous in its headquarters, sales rooms and the snazzy tech-products it launches regularly amid a Hollywoodesque razzmatazz. Tim Cook, a brilliant understated successor as CEO sportingly expressed his sexual preferences, reflecting the openness of its employee outreach. Today, Apple commands market capitalisation of Amazonian  proportions, an extraordinary instance of a consumer electronics company that has overtaken traditional dominant players in the commodities space; oil companies like ExxonMobil or even retail behemoths such as Wal-Mart. There are examples aplenty of business leaders heavy-lifting their organisations through their dynamic unfettered entrepreneurialism. Countries are no different. Nations become like the leaders they choose. 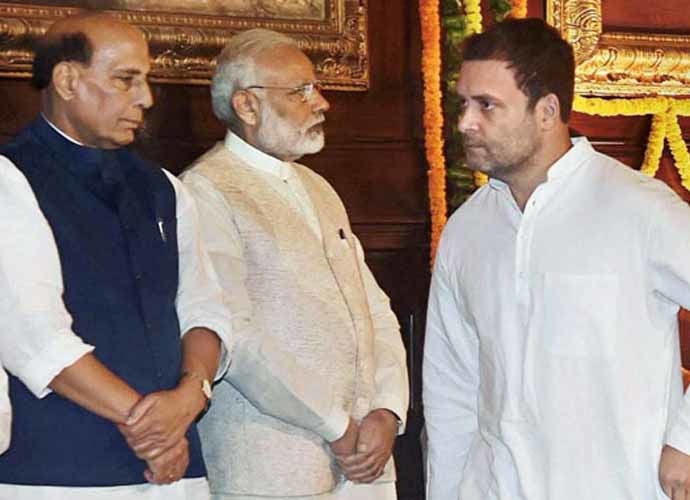 War of ideologies: The choice is between the politics that they represent.

Both US President Donald Trump and Prime Minister Narendra Modi of India have an uncanny similarity — they are essentially authoritarian, inward-looking, serenade corporate fat cats who contribute to campaign finance, have a pathological obsession for monitoring hourly image-management results, are deeply suspicious of immigrants and the minorities, and blatantly support religious fundamentalism and majoritarian supremacy. Demagoguery has been practiced by them with effortless ease; their dog-whistle games apparent to one and all who cares. Trump and Modi have exhibited their comprehensive contempt for the free press; Trump calls them fake news, and Modi has not given a single press conference (he has done some synthetic scripted interviews with visibly thrilled pusillanimous editors which is literally an embarrassing spectacle) in four years. And India is the world’s largest democracy by the way.

Fear, insecurity, corporate elitism, propaganda and polarisation define Trump and Modi; both the US and India have appropriated these characteristic manifestations. As Michael Wolff’s book Fire and Fury shows there is a Kafkaesque world out there in the White House where the pornification of politics assumes disturbing hues. In India, no publisher would dare to expose the conspiracy theories bedeviling the almighty ruler; journalists have received rape and death threats for regular articles questioning the current government, but there is total silence from the pavilions of power. Both leaders believe in their muscular machismo (the "my button is bigger than yours" syndrome) and play the hyper-nationalist pitch to impeccable perfection. Minority-bashing in India has become a spectator sport as has rampant return to racism in America. Trump and Modi offer periodic cosmetic reassurances. It is such facile balderdash. But they remain immensely popular with their fanatical followers.

The aphorism goes that lying is the prerogative of politicians. Trump and Modi have made this legerdemain their core political strategy. While purists trash their calculated nonsense, the leaders blissfully feed their echo chambers who then transport the distorted lies into social media groups and WhatsApp forwards. It is hardly surprising that both the US and India are grappling with rumour-mongering and targeted abuse using platforms like Facebook.

The choice, therefore, is not just between the persons that are Rahul Gandhi and Narendra Modi as the much-intimidated cowered mainstream media would like us to believe, but more importantly the politics that they respectively represent. Rahul Gandhi’s India is tolerant, democratic, liberal, progressive, inclusive, secular and encompasses all. It is the quintessential idea of India for which Mahatma Gandhi took an assassin’s bullet 70 years ago.

The battle is finally between two ideologies, two contrasting themes, the politics of love or the cauldron of hate. In 2019, India will need to make its choice.