Allahabad has now been renamed as Prayagraj.

Yes, some would argue — what’s in a name? But for Allahabadis (actually, Illahabadi, to be precise), it's a bolt from the blue.

The ordinary Illahabadi is still struggling to come to terms to the fact that the this ancient city has undergone a name-change, and perhaps undeservedly and in an unceremonious manner.

Significantly, the vibrant city of Allahabad is politically polarised today, more than ever. While some are pro-Prayagraj, the others want to hold on to the old identity — Allahabad. The city has seen all kinds of vicissitudes since its inception. From 'invaders' to a determined struggle against the British and defeating the communal forces rearing their heads at regular intervals — Illahabadis have been through all that and more. 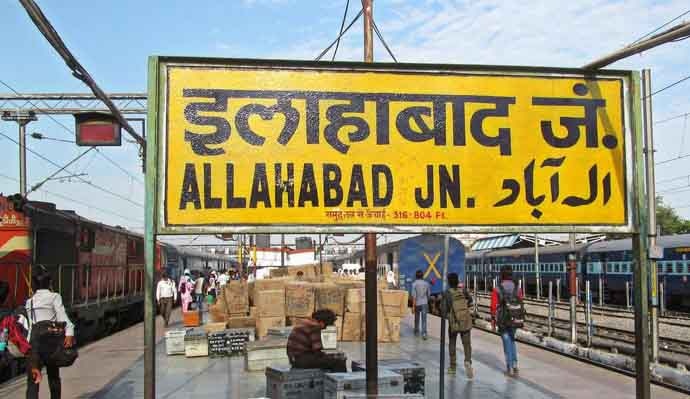 The 'hardened' Allahabadis of all caste, religion and creed are not ready to accept this name-change. (Credit: Indiatoday.in)

Allahabad is well known for giving the country not only several Prime Ministers, but prominent politicians, legal luminaries, civil servants and numerous other legends in almost all walks of life. It's not just the exemplary contribution of such stalwarts to the polity and society in general, but that emotional attachment to the name — Allahabad — that is making it so hard for the intelligentsia and the public at large to accept the new name.

It has generated a big debate among people representing all sections of Allahabadis. Driven by emotions and sheer nostalgia, some 'hardened Allahabadis', mostly men and women of letters have started adding Illahabadi to their own names. Some of them are seriously contemplating to seek redressal in the Allahabad High Court to get the government notification reversed and revert to Allahabad from Prayagraj. They claim to have found a legal loophole in the recent government notification. According to them, the order states only the "change of name from Allahabad district to Prayagraj district and not the city". And they are optimistic that their proposed legal plea will hold water. Academics in the city are also expressing their concerns over the development. According to Professor Heramb Chaturvedi, former Head of the Department, Medieval and Modern History, University of Allahabad, emperor Akbar laid the foundation of the Allahabad Fort in 1574-1575 on the banks of Yamuna river. In 1580, Allahabad (earlier Illahabas) was made a province with three administrative divisions, 10 governments and 177 parganas.

Under these governments, places like Ghazipur, Banaras, Kalinjar and Bhadohi functioned. This was during the medieval times. Some Allahabad-based historians argue that in ancient times, there indeed existed Prayag, but it was inundated by a flooding Ganga, shrinking the geographic limits to a smaller extent.

Some others are trying to push another theory that when King Rama was exiled for 14 years, he was forbidden from entering the city limits which began from the edges of Bharadwaj Rishi Ashram and beyond this location, and all those areas were vans (forests). One important facet linked to this name-change development is that it is not necessarily based on caste, religious or political lines — although the Uttar Pradesh CM during his recent visit to Allahabad to oversee preparations for the upcoming Kumbh Mela did mention about the name-change. The official notification followed soon.

They are vehemently opposed to the name-change. This is an apolitical view cutting across party lines. And it's the spirit of Allahabad that binds people of all hues together in this city — people who want to keep the spirit of Allahabad and the famous Ganga-Jamuni tehzeeb alive. Unless the court reverses the order renaming Allahabad to Prayagraj, it inow looks like a fait accompli. Nothing could perhaps be done.

Also read: Be it Allahabad or Prayagraj: Why a typical Illahabadi won’t be bothered at all