Perhaps, we will feel the blow when it is too late.

A couple in Karnataka have beaten to death their daughter and her boyfriend; in Jharkhand, villagers lynched a Muslim man for falling in love with a Hindu woman; in Alwar, five Muslim dairy farmers were so brutally beaten up by cow vigilantes that one of them died; and in Greater Noida, Africans were attacked in what can only be termed as a glaring example of racism despite the Indian government and politicians' refusal to acknowledge it.

The four cases have occurred in just the last two weeks, and this space would fall short if we were to recount instances of mob violence in the past two years.

The crimes have got due media coverage and widespread condemnation, at least from the liberal section of the society and are often seen through the prism of anti-Muslim, anti-Dalit, or patriarchal mindsets.

While Pehlu Khan and his sons were beaten up, the Hindu driver of the truck in which they were carrying the cattle for farming was spared - the attack stemmed from hatred for Muslims; similarly, when a young woman and man are killed by their parents, it is nothing but "honour killing".

It is also true that since a right-wing Hindutva force has come to power, such forces feel emboldened, because such vigilantism often helps them rise through the ranks in the saffron party.

Hence cow vigilantes record videos of their brutal attacks and share them on social media to teach others a "lesson".

Their acts are politically motivated in the garb of religious feelings, which explains the not-so-subtle support they get from certain political parties.

But, for a moment, forget about anti-Muslim feelings, racism, patriarchy, feudalism, et al and ponder over the courage the mob has to beat someone to death.

The question is whether we should let individuals or mobs take laws into their hands.

From those who gathered in Greater Noida to beat African students to those in the Jharkhand village, none of the attackers was a member of a political party; they were ordinary humans like us.

Why is there no fear of the police or punishment by the court of law?

Recall the last time culprits involved in such violence were brought to justice and you may have the answer.

India is going to celebrate its 70th Independence Day and one would have expected that the rule of law and certain level of civility (in the sense of citizenship) is present at all levels.

Forget those far-flung interiors of countries where the Indian government is not really able to assert itself or is plagued by dissidents like Naxals; that mobs can gather and beat anyone with impunity even in big cities and towns should worry all of us.

The large share of blame must go to those social and political groups who give certain degrees of legitimacies to such heinous crime.

In such a milieu, different courts of law across the country are equally responsible for their failure to deliver justice as also the investigating agencies that remain subservient to those ruling the states. 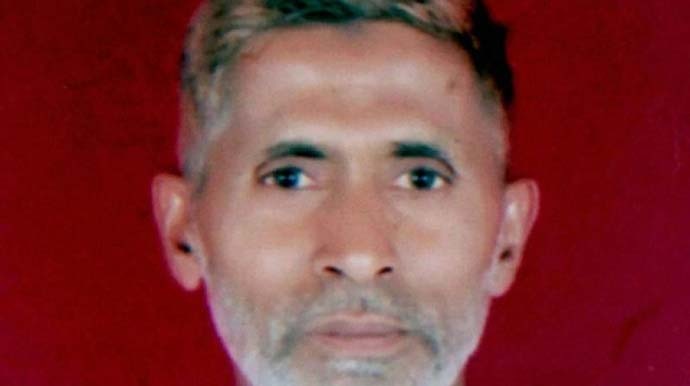 A man accused of lynching Dadri's Mohammad Akhlaq was draped in a tricolour after he died - an honour accorded to martyrs.. Photo: PTI

The 2012 Delhi gang rape case rightly created a furore in the country, but we did not see similar anger when several women, according to some estimate more than 100, were raped during the Muzaffarnagar riots in 2013; or when three Dalit girls were raped at Bhagana village in Haryana.

When Africans were beaten up at Rajiv Chowk in October 2014, the debate was focussed on whether Indians are racist or not, and the debate continues to this day, with the latest Afrophobic attack being the Greater Noida incident.

But we know little about the trial in 2014 case (or is there one?) because the perpetrators of the 1983 Nellie massacre and the 1984 pogrom of Sikhs could get away; those demolishing the Babri Masjid in 1992 were confident that nothing would happen to them.

And as the leaders involved in the demolition could become ministers despite cases pending against them, perpetrators of the 2002 Gujarat riots knew they may have secure future.

Similarly, a bold mob gathered and beat poor dairy farmers from Mewat in India of 2017, while only few months ago, a man accused of lynching Dadri's Mohammad Akhlaq was draped in a tricolour after he died - an honour accorded to martyrs.

In fact, as news of the death of Pehlu Khan spread, two other accused in the Akhlaq's murder case got bail.

The police and the judiciary are in dire need of reform. It is their failure that has weakened the state apparatus.

A widely-shared photo on social media shows workers of a certain party using a UP police van to move about: if it is indeed true, it is a reflection of what ails our system.

Today, it suits the political need of some groups to justify the lynch mob as a sign of restlessness among the masses.

Little is being done to control them; in fact, they are encouraged and emboldened due to the tacit political support they get and their larger social acceptance despite the "outrage" in some sections, as they are "deserving" such a fate because they don't respect "Indian" values and sentiments.

Browse through social media to see people lynched virtually, or threatened to be lynched in real world as well because they disagree or refuse to surrender to a bully's whims.

Anyone and everyone, who dissents, is not part of the majority or belongs to the "others" category can hence become an easy target as the lynch mob knows that the majority will support them by practically maintaining a deafening silence, even immunity in courts, which are increasingly mindful of the "collective conscience".

We may continue to argue that we Indians cannot be racist, the cow is holy, or that young men and women dare not fall in love or date in public as it is against our culture; but by normalising the mob mentality we are allowing democracy to turn into a mobocracy.

The socio-political sanctions that village khaps, community leaders and political parties have been giving to vigilantes will haunt the country for years to come.

Perhaps, we will feel the blow when it is too late.

#Pehlu Khan, #Mohammad Akhlaq
The views and opinions expressed in this article are those of the authors and do not necessarily reflect the official policy or position of DailyO.in or the India Today Group. The writers are solely responsible for any claims arising out of the contents of this article.