Why Ankit Saxena lay bleeding on the road, knifed by his girlfriend’s parents

What was he thinking? Didn't he know we hate them? That they are supposed to hate us back too.

Why do some crimes shake us up as a nation? Nirbhaya did. Ankit Saxena has. It may be the barbarity of the act, the finality. The waste of a young, energetic, promising life. Or it could be the victims who reach out to our better nature.

Most of us have an acquaintance, or, if luckier, a friend like Nirbhaya or Ankit: fun, hard-working, ambitious, humble-beginnings-and-big dreams variety.

Nirbhaya was dating. Ankit fell in love in a completely politically-incorrect way. With a Muslim girl of all people.

What was he thinking? Didn't he know we hate them? That they are supposed to hate us back too. And they do. Because we hate them.

Living cheek-by-jowl with Muslims, where the boundaries of suspicion are not entrenched, he chose a girlfriend from among his neighbours. Not a safe choice in a nation taught since school not to take risks. Might as well have chosen a Martian to love. 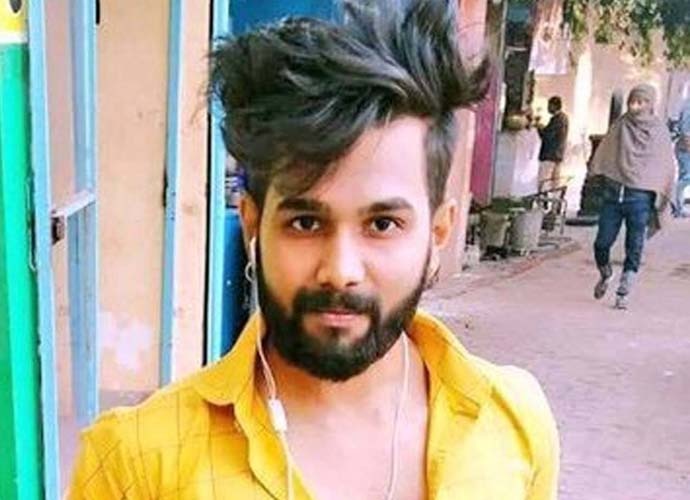 Maybe Ankit's graduation from open school (School of Open Learning) made him a risk-taker. I have interviewed scores of open school students who say what a struggle that education is: late classes in colleges that allow such classes to take place or no classes at all, late exams, and even later results. Students who struggle with English, who are kept out of formal higher education because of a lack of pedigree. Because of low marks in boards. First-generation learners who get no career counselling, but dream of joining the media, or academia. Those who change buses to reach class, and find metro fares steep.

These open school scholars hold dharnas almost on a daily basis. To get "equality" to be treated on a par with regular students enrolled in Delhi University colleges. Hankering for some guidance on careers, better teachers, timely classes. Those pleas land in my email inbox; I ignore them. Who cares about open school?

This neglected pool spawned Ankit and his dreams of becoming a wedding photographer. He set up a studio. That middle class dressing table with photographs stuck around it made me want to cry. Ankit’s photograph with gelled hair and yellow shirt made me smile though. That hair represents aspiration, the I-am-more-than-this-country-is-prepared-for look. That hairdo exists on cafe waiting staff, on facilitators outside driving licence authorities, on Uber drivers. Dreams of making it big in a big, bad city.

The young demographic. Held back by old beliefs: we must hate. And that hatred has to prove stronger than the force of young hormones.

Because hatred yields political dividends. Maybe risk-taking Ankit was too naive to understand this. His friends told TV news they visited India Gate just like other normal young people.

Two inter-faith married couples lived close to Ankit’s house. Maybe he drew his risk-taking inspiration from their success. Because love, once in a while, comes along and smacks us in the face. Takes some of us privileged enough to feel its touch, as Ankit was, into unchartered territory.

Her father, while crediting his daughter with little agency or intelligence, at least knocked on the court’s door to discredit his progeny’s choice of a husband. Shehzadi’s father just picked up a knife. One can argue in court. A knife or gun or stone, and the power it gives to the holder, ends all arguments - and reasoning.

The finality of it all, the barbarity.

Ankit’s ordinary father, who raised an extraordinary son, has stood up to this madness and appealed not to communalise the crime. The mother tried to save her offspring with her own body.

They should have known better while raising their child. Taught him how to play safe.

Why didn’t Shehzadi’s father also file a case? Maybe because the learned judges of the Supreme Court, of late, have refused to meddle in matters of adult hearts, but not before their brother judges set the NIA at Shafin Jahan’s heels.

On February 5, no less than the chief justice of India said khaps, parents and courts will not interfere with adult choices of love and marriage. Yet, Ankit Saxena, him of the big photography dreams, lay bleeding on the road, knifed by his girlfriend’s parents on a dishonourable day in the life of this nation.

Maybe so that we, Hindus and Muslims, recognise the monster within us. Old prejudices which hold back a young demographic.

Post your comment
#Media, #Muslim, #Hindu, #Ankit Saxena murder case
The views and opinions expressed in this article are those of the authors and do not necessarily reflect the official policy or position of DailyO.in or the India Today Group. The writers are solely responsible for any claims arising out of the contents of this article.