I'm a victim of 1984 anti-Sikh pogrom, can BJP bring us justice?

Despite promises, no government has ensured justice for those uprooted and killed in the 1984 genocide.

As the first term of Narendra Modi-led BJP government enters its penultimate year, it is clear that all political parties are going to carefully chalk out their political strategies for the 2019 general elections. However, they seem to have forgotten about the promise of justice for the 1984 anti-Sikh riot victims.

Despite promises made before every election, as terms of successive governments have come to an end, we have found justice for those uprooted and killed in the 1984 genocide eluding. After the tragic assassination of Indira Gandhi, Rajiv Gandhi took over as the country prime minister on October 31, 1984, and stayed in power till December 1, 1989. However, little could have been expected of him because he was the son of the prime minister killed by two Sikhs. 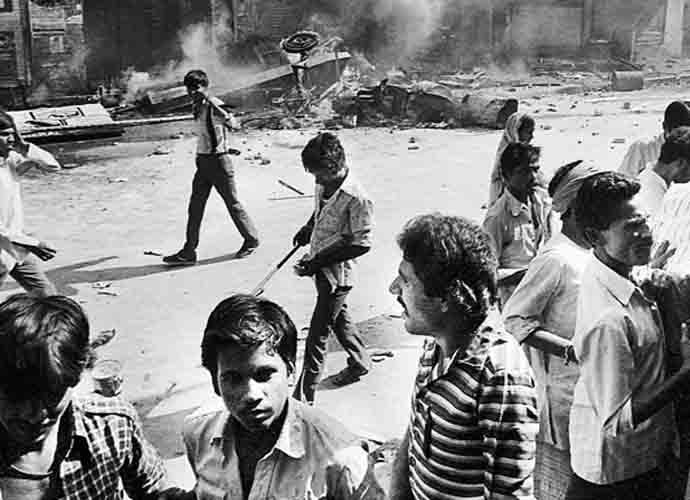 The country saw seven prime ministers take office after Rajiv, including VP Singh, who rode on the bandwagon of the Bofors accusations; Chandra Shekhar who got the august office due to the failure of the Janata Dal coalition; PV Narasimha Rao, who stayed in office for the entire five-year term, followed by Atal Behari Vajpayee of the BJP. This was followed by brief stints of HD Deve Gowda and IK Gujral. Meanwhile, while Vajpayee got another term in office, Manmohan Singh of the Congress got two successive terms.

But a stable Centre was formed with Narendra Modi taking over as the country's prime minister in 2014.

The nation has had seven leaders who could have corrected the wrongs done to the families of the victims of 1984. However, this was never made a priority by any government. Even about three- and-a-half decades later there is no hope for those who suffered during the riots.

The nearly two-decades long collaboration of the BJP and the Akalis in Punjab, did give a ray of hope to the people that justice would be done. But nothing came of it.

With an insignificant population of 1.5 per cent in the country's population, the community's concerns do not seem to matter to any government.

Another problem is that nobody has so far been able to firm up concretely what actually will be a fair compensation for those who lost their careers or the children whose education suffered due to the riots.

There have been repeated demands for identifying and punishing the guilty and for apologies from those who did nothing to stop the violence or help the victims later. But apologies would amount to nothing more than lip service. In my opinion, in keeping with the Sikh tradition, people should forgive the all suspected, known and unknown perpetrators for all the loot and killings that happened leaving them to the mercy of god. It is important to do so because no quantum of punishment is going to bring back the dead.

The least that the any government can do is to provide a tax-free compensation of Rs 1 crore to the kin of each person who died and Rs 50 lakh to those uprooted in the upheaval. The government should look at reinstating people in government jobs commensurate with their seniority with the base year as 1984. This actually would be an appropriate apology for all that happened to the community.

In cases, where a victim has crossed the age of 65 years, at least one of his/her child - son or daughter - should be given government job in accordance with their age, experience, and qualification. With the BJP trying to garner a majority in the Rajya Sabha too, a consensus on such a sensitive matter will add to the party's credibility among the Sikhs.

So far action from the government has been restricted to setting up of "widow colonies" and a compensation of Rs 5 lakh for the victims. This has not taken into account the plight of those whose careers were hit in the violence.

The few Sikhs who could protect their livelihood outside Punjab could do so only after shaving their beard and cutting their hair to hide their identity.

Sikhs, who wore, turbans were branded as terrorists for a very long time. I, along with my family had to remain inside the house of a Hindu family in Gurgaon for about a week after the riots broke out. We were fortunately alerted hours before the violence broke out by friends, which helped save our lives. The friends also saved our first family car from the mob. Our landlord faced the mob to ensure we remained safe.

For months, however, I continued to receive phone calls threatening that I quit my job at MUL or else my children would be harmed. We hurriedly moved to Jaipur and struggled to find a house and school for the children.

I was lucky to get a job as a personnel manager at Hindustan Lever for its Sewri plant in Mumbai by 1985. But even there, leaders like Bal Thackeray and Datta Samant openly came out resisting entry of Sikhs to Mumbai. Finally, a compromise shift to Mohali brought a semblance of normalcy to life.

The upheaval affected us for over three generations.

There are many more case like mine. We are all waiting for justice.

Also read: What Rajinikanth can do for Tamil Nadu politics

#Narendra Modi, #Rajiv Gandhi, #Indira Gandhi, #Sikhs
The views and opinions expressed in this article are those of the authors and do not necessarily reflect the official policy or position of DailyO.in or the India Today Group. The writers are solely responsible for any claims arising out of the contents of this article.