Arvind Kejriwal is apologising, but sadly, he's not really sorry

It is time for the Delhi chief minister to introspect and apologise with a true heart.

Instead of the promised work to the ever expecting Delhiites, the apology drive by the Delhi chief minister, Mr “Apology” Arvind Kejriwal has rebounded. He has cut his stature to less than 40 per cent as of now in the pole bazaar. Today, if there is an election in Delhi, AAP would be a poor third after the Congress and BJP. Being a novice in the political market, unless he improves and improvises, he is likely to meet the fate of the flamboyant Prafulla Kumar Mahanta of the ambitious Asom Gana Parishad.

What is perhaps strange is that apology that actually symbolises the inner strength of a person rather than weakness, in the case of Kejriwal, has boomeranged. Truth is that these pardons were well calculated and not not straight from the heart.

Shivraj Singh Chouhan, in his tweet had a dig at Kejriwal that he must prepare a common list of people from whom he wants to be pardoned with an apology letter, headed, “To whomsoever, it may concern”. This might not have happened with him, had he retained the truly honest people in AAP, who he had dumped thinking that they were truly talented and might one day usurp him of his power.

Another fact is that Kejriwal has hurt the feelings and public perception of so many people that he must truly and heartily apologise to them. However, he chose to apologise against the Goliaths only as they would have dragged him to court besides asking him to pay a huge amount as compensation as in the case of Arun Jaitley who has demanded him to pay ten crore rupees.

As a matter of fact, Kejriwal must also apologise to people like Prashant Bhushan, Yogendra Yadav, this writer and many others who had sided by him taking him to be an honest, focused, poised and well-meaning public leader. However, through his obduracy, Kejriwal never constrained from his demeaning streak against his political adversaries and finally faltered. Had these defamation cases not been there, he might not have asked for a pardon. He must profusely apologise to Anshu Prakash, Delhi’s chief secretary and in fact, leave his seat if he has any conscience left.

The way Kejriwal had launched this apology spree asking Bikram Singh Majithia, Kapil Sibal, his son, Amit and Nitin Gadkari to put an end to the defamation cases against him, has put a huge question mark on his own credibility as a politician and as a people’s leader. 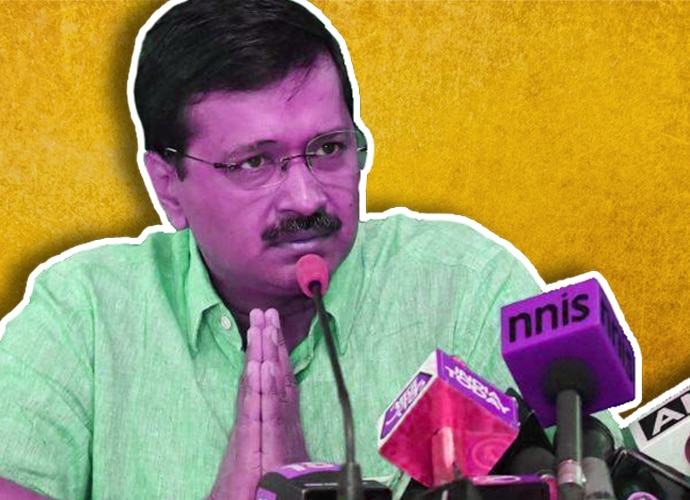 This will also mark the end of the activist and combative politics for a platform that rose as a pressure group against the corrupt political system in the country.

The saddest fallout of this imprudent and immature act will be that no movement seeking for honesty in the system will ever take roots as people will not trust even if a Mahatama Gandhi or a Maulana Azad comes out of their grave/samadhi. However, Arun Jaitley hasn’t pardoned Kejriwal as he thinks this is a wily act on the part of the latter to get out of the clutches of the big names with whose reputation Kejriwal has played havoc.

It was the entire team including Sanjay Singh, Ashutosh, Raghav Chaddha and a couple of others from AAP who had demeaned Jaitley.

That’s why it has been advised by the wise to think before one speaks and look before one leaps that Kejriwal never cares. Through the tantrums of the AAP and their leader, the entire populace of Delhi is just waiting and watching for the five years to pass, so that they can teach yet another calculating and ambitious politician a lesson.

Umpteen connoisseurs of the AAP (Aam Admi Party) have thoroughly been disappointed and disillusioned by Kejriwal’s anarchist as well as apologetic psyche since he rose as the champion of honest and accountable leadership shooting his guns over the shoulders of the so-called, Gandhi number two: Anna Hazare.

Though Sisodia claims to have worked incessantly for the beleaguered schools, hardly any concrete job has been done as the poor children’s school in the walled city of Delhi’s Qasabpura is still running in the tin sheds in the Eidgah grounds even 42 years after it was razed to the ground during the infamous 1975-76 Emergency.

Though it is in the blood of Kejriwal not to heed the right advice of the right thinking people, he does what he feels best and suffers.

Here’s a word of advice for him: If Kejriwal really wants to stay in the reckoning, he must truly apologise to the ones who had joined him five-six years ago to form a pressure group and some of whom he has shown the door stating that they were “opportunists” and wanted political placements. He can’t accuse others of the misdoing that he himself has committed.

It is time for Kejriwal to introspect and apologise with a true heart not only to the bigwigs but to all those who had trusted him and whose trust he had belied. Wake up, Mr Kejriwal!

Post your comment
#AAP, #Aam Aadmi Party, #Arun Jaitley, #Arvind Kejriwal
The views and opinions expressed in this article are those of the authors and do not necessarily reflect the official policy or position of DailyO.in or the India Today Group. The writers are solely responsible for any claims arising out of the contents of this article.