Will we ever know why Arvind Subramanian quit as chief economic adviser?

I wish, Arvi, all the success.

A Facebook post by BJP leader Arun Jaitley announcing the departure of chief economic adviser, Arvind Subramanian, whose term was to end in October 2018, has set tongues wagging.

Speculations are rife that Subramanian put in his papers because he wasn't "comfortable" with the present dispensation's economic path.

Former finance minister and Congress leader P Chidambaram cheekily remarked, "The NDA has a good economic doctor in the CEA. But NDA was a bad patient."

I would refrain from getting into the "economics" and instead focus on the individual with a personal touch.

How does one feel when a dear childhood friend makes it as the CEA in the Narendra Modi government?

When it became official in October 2014 I felt elated. Being a competitive basketball player, it was an easy slam dunk for him.

My friend Arvi joined the league of Kaushik Basu, Raghuram Rajan and Arvind Panagariya, who are all imports from the US with a World Bank/ IMF connect and enjoy impeccable academic credentials.

Yet, this man was so different — simple, soft, suave, straightforward and professional to the core.

He was always unique. Tall, gangling and singularly focused. He was not the studious kind but an "original". He gave entertaining company and was a voracious reader following in the footsteps of his father, late VK Subramanian, (a multi-talented personality in varied faculties as writing, painting, Indian Audit and Accounts Service administration - and a serious amateur astrologer).

We all knew Arvi would make it. Make it as what? We did not know. Now he is on his way and it is clear that the stint as CEA was the just the beginning.

His book, Eclipse: Living in the Shadow of China's Economic Dominance, which predicted China's ascent was received with approbation for its succinct and analytical prognosis.

The cover page with former US president Barack Obama reaching out to World Bank, controlled by Chinese, became a rage. Arvi became the darling of the Chinese media, while he got on the nerves of the US lawmakers, who could not dismiss him lightly.

For those who have read his columns in Foreign Policy and Business Standard should know he saw Modi as large-hearted person as his writings were not always spoke highly of Modi. 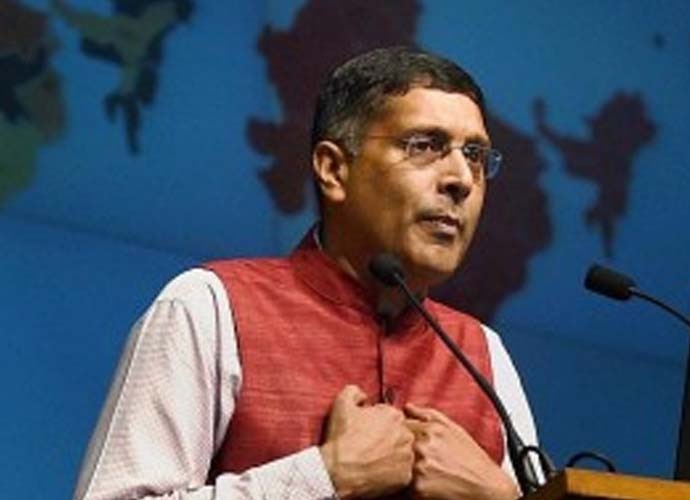 Before his stint as the CEA, Arvi was an "adviser" to the Obama administration and the US policymakers relied a lot on his advice.

Despite his professional success in the US, Arvi has always proudly held an Indian passport and proudly at that.

He contributed a great deal towards bringing out the economic surveys with the help of several scholars, who stayed at Arvi's Delhi residence for months and whom he treated to dosas that he himself made quite effortlessly.

As to whether the Modi administration made full use of his economic erudition and offerings is for economists to Judge.

Arvi's friends like me are simply proud of his journey from DAV Sr Secondary School, Gopalapuram, Chennai, to St Stephens, New Delhi, to IIM (A), to Oxford, to WTO, to World Bank, to Petersen Institute and then to the Union finance ministry.

Interestingly, he was also P Chidambaram's favourite before Raghuram Rajan took the job.

Considering the fact that both Congress and BJP liked him, the respect for his professionalism only grows.

He spoke his mind whenever required without being acerbic or scathing in his remarks.

It is being said that he was compelled to take the decision following family reasons. Arvi lost his father recently and since he has been very close to his mother, it seems he took a rather noble decision.

But given his love for economics, it is also possible that his decision was driven by reasons other than those that are obvious.

Knowing him, it is unlikely he'll write a book revealing the real reasons. For me, as a friend, it is not that important.

So Arvi, my friend, here's wishing you a fantastic career ahead.

Also read: Why BJP may struggle to find a slogan to enter 2019 electoral battle

#Raghuram Rajan, #Arun Jaitley, #Chief economic adviser, #Arvind subramanian
The views and opinions expressed in this article are those of the authors and do not necessarily reflect the official policy or position of DailyO.in or the India Today Group. The writers are solely responsible for any claims arising out of the contents of this article.