Neeti, a 25-year-old housewife, got into touch with me on Facebook after reading about my second book.

On April 25, Asaram Bapu was found guilty of raping a minor. He has been sentenced to life. The verdict instantly reminded me of an incident that found prominence in a book I wrote a few years ago, and showed me how vulnerable women in India are to sexual exploitation by unscrupulous babas and their blind bhakts.

In 2013, Neeti, a 25-year-old housewife, got in touch with me on Facebook after reading about my second book, Sita’s Curse. At that point, it was still a work in progress. For a long time, her message lay unopened in the “others” folder of the inbox. She was keen to meet me, almost insisting on a one-on-one meeting – she claimed there were parts of her life that bore an uncanny resemblance to my novel as it was unfolding. 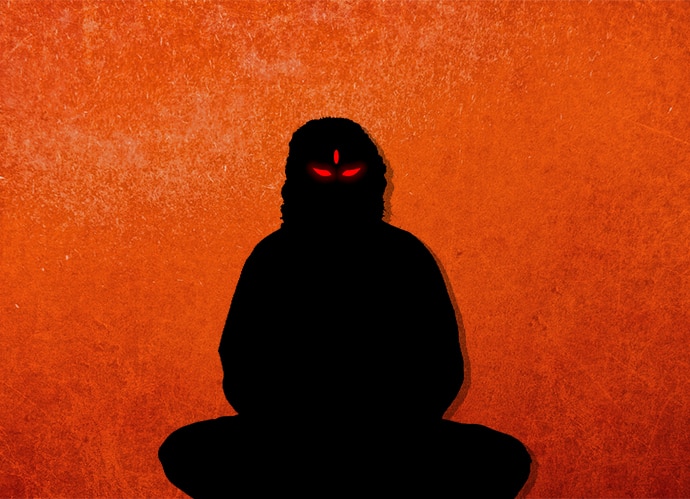 Truth be told, I was reluctant to take a break from my reclusive writer’s life to meet a veritable stranger. I wasn’t even sure Neeti would make an impact on the story I was telling. She messaged again: “I am coming to Delhi.” Something gave way in me. I told her how she could reach me when she was here.

Neeti has the most powerful dark brown eyes. She wore a printed cotton suit and maintained a staunch ghunghat. When I tried asking her why she wanted to reach out, so desperately, she looked intently at my face, and narrated her story:

“I got married at 16. It was an arranged marriage. My picture was clicked in a studio and my in-laws liked my face, my complexion, maybe even my body. When my to-be-husband and his family came to see me, my mother-in-law commented I had child-bearing hips. I didn’t know what that meant, quite honestly, but I was made to show them my ankles too. I was asked not to answer directly or loudly, ask too many questions, not even look up. I wore my grandmother’s heavily embroidered sari. My head throbbed.

The next month, we were married. It was a lavish ceremony. My father spent every last penny on it – a modest dowry, along with a new car, expensive silk saris and jewellery. I felt like a queen that day, my palms hennaed. My husband was a cloth trader and was head of the family business. He was 34. A BCom dropout, he also stammered.

My mother advised me that I should impregnate myself quickly and give birth to a son, so that my position in the joint family could be secured. I didn’t know anything about sex at the point. My only interaction with the outside world was school and some TV. Like any other young bride, I longed for a filmi suhaag raat.

My husband, it turned out, was an alcoholic. He would make me wait for almost three hours, holding a glass of milk, after he would come from work. He wouldn't even drink it. Instead, he would yank my dupatta off, asking me to strip. I was a virgin. I was frightened. He would then commit monstrosities on me.

My husband, I found out, suffered from erectile dysfunction. An affliction which would make him do strange things to me, like urinating over me, beating me with a stick, putting hot wax over me, gagging me and forcing me to wear outfits... While I was being tortured by my husband, my in-laws in turn blamed me for being childless and labeled me a baanjh (barren) – forcing me to observe rigid fasts, wear all sorts of charms, and also drink bitter herb sherbets, administering it with my food. They were blind to the fact that their son was impotent. I became severely depressed.

One afternoon, in the second year of my marriage, I was told about a family guruji in Indore. I was supposed to be taken to his ashram, where he would cure me. My husband restrained from touching me for a whole fortnight before we made the trip, his behavior suddenly became a tad softer… I thought maybe my fate was about change.

The guruji was even older than my father. The first time I was alone in his company, he groped me. When I tried to protest, he warned me that if I created a scene, he would call my husband, who was waiting outside, and accuse me of being immoral. I was scared… He forced me to have sex with him. I felt violated. They left me in the ashram to stay with him for a few days.

A few months later, I conceived. My son is six today.

I can’t tell my parents or anyone about the guruji, as he happens to be revered by millions. Besides, he's very powerful.

Maybe, there’s something wrong with me…”

Neeti and I have been in touch since then. She became an inspiration for my book, I even dedicated it to her. She has recently found courage and moved out of her home and now lives and works with an NGO, making pickles and papads.

I called her last evening.

“Asaram Bapu ko jail mila...” she blurted as soon as I said hello.

“I know... I thought of you... at least in this case, justice has been served,” I said softly.

“Bringing hope of justice for other women, women like me,” she added, clearing her voice.