Hindu tradition believes that one should never invite the hurt feelings of a person gifted with Saatvik Tatva (a righteous, divine element) — or else, as it is said, one pays a price for it.

Could this karmic philosophy have been a reason for the BJP’s defeat in the Madhya Pradesh Assembly elections?

Remember, the party lost the elections by just seven seats. 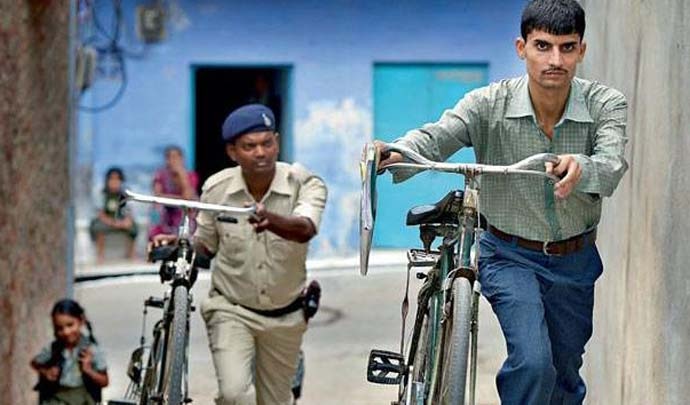 Is he safe? Ashish Chaturvedi has been allegedly victimised for exposing corruption in Madhya Pradesh. (Source: India Today)

Was the BJP government and the Madhya Pradesh unit of the Rashtriya Swayamsevak Sangh (RSS) being karmically punished for overlooking the alleged hounding of Ashish Chaturvedi — an RSS worker and crusader against corruption, due to his role in exposing the Vyapam (Vyavasaik Pariksha Mandak) and DMAT (Dental and Medical Admission Test) scams?

In the DMAT scam, wherein Chaturvedi's PIL is pending in the Supreme Court, seeking a CBI probe, top-level politicians are alleged to have been involved from both the BJP and the Congress. Similarly, in Vyapam too, politicians from both parties are alleged to have been involved. However, the Vyapam scam, which was apparently going on since the 1990s, assumed more serious proportions, it is said, when the BJP came to power. When the CM of the time, Shivraj Singh Chouhan, realised its seriousness, he did take some strong steps. But by then, it was too late — and attempts by diverse powers to silence an honest whistle-blower like Chaturvedi meanwhile raised questions.

Gwalior-based Chaturvedi could himself have made crores of rupees in bribes by compromising with the powerful accused in the two scams — but the 28-year-old chose national duty over personal ambition, thus sticking to the ideals preached by RSS icons KB Hedgewar and MS Golwalkar. Ashish Chaturvedi remains deeply inspired by the ideals of the RSS. (Source: Twitter)

Chaturvedi, a trained RSS worker, worked full-time with the organisation for one year.

Chaturvedi has so far been beaten up at least 17 times, once apparently even by local RSS workers, who then filed a case against him for trespass. He has faced attacks since 2012 when he began exposing the scams. It is said certain figures in the police have allegedly been hounding him for at least three years now; reportedly, even a false theft case has been slapped on him.

The fact that he is still alive despite around 32 people linked to the Vyapam exposé having died (this includes the death under mysterious circumstances of AajTak's Akshay Singh in 2015. Singh was investigating the Vyapam scam when he suddenly took ill and died while interviewing two key witnesses) under mysterious circumstances is seen by many of his admirers as only the result of divine grace.

Since his campaign was directed against scams that allegedly carried on during the BJP government’s tenure, he got offers from Opposition parties to join them.

But, like a true ideologically committed RSS worker, Chaturvedi refused to become a tool in the hands of politicians.

Such people are an asset to the nation and the Narendra Modi government should recognise their contribution.

The biggest source of hurt that Chaturvedi has today is that he couldn’t meet RSS chief Mohan Bhagwat and Prime Minister Narendra Modi, despite his best attempts. “While repeatedly writing to them (Bhagwat and Modi) seeking appointments, I asked them what wrong I was doing by exposing a scam in a BJP-ruled state and why I was being hounded by local leaders. I asked them if I was not following the ideals of the RSS in exposing these scams,” Chaturvedi mentioned to me. 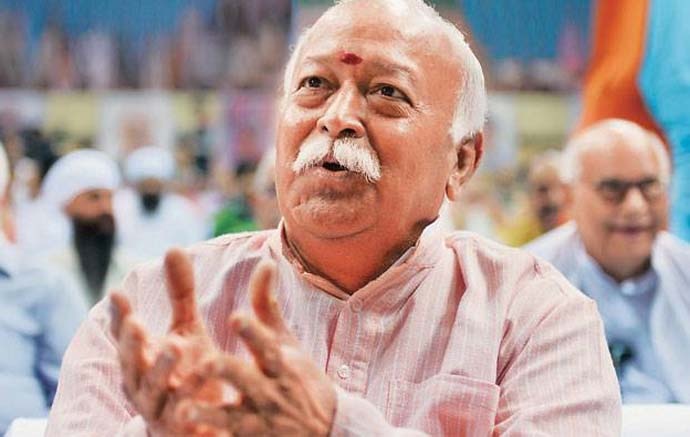 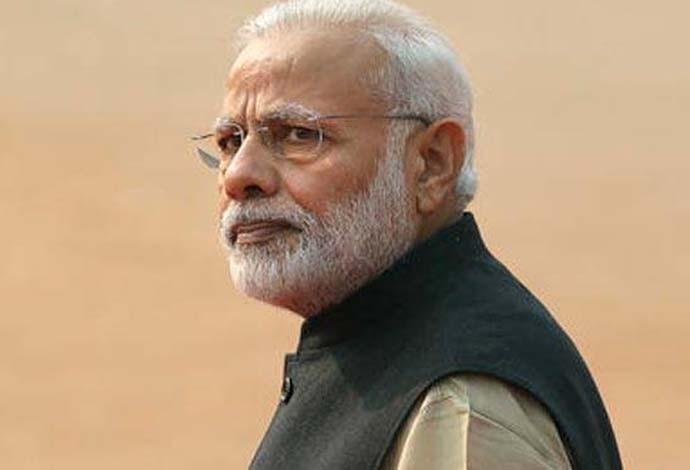 RSS chief Mohan Bhagwat and PM Narendra Modi have not met Chaturvedi, despite his claiming writing letters to them. (Source: AP)

He says he wrote three letters to Bhagwat and two to Modi, but never got any response from the two. Either the letters never reached them or they didn’t consider meeting him important enough.

In my view, the time has certainly come for both Bhagwat and Modi to take corrective action on this.

As a journalist and as a human being, I have always considered it a moral duty to support people who risk their lives to ensure the larger good of society without expecting anything in return.

Additionally, I have a deep dislike for people who make illicit money by taking bribes for giving government jobs, admissions to educational institutions and party tickets during elections. Thus, I have a very special admiration for Chaturvedi.

I feel the RSS has a lesson to learn from Chaturvedi’s case.

On a private visit to Gwalior recently, I took the opportunity to visit Chaturvedi’s humble home and meet his parents and other family members. I wanted to reassure them that their son had indeed done a great job for society.

Interestingly, the recent change in state government has changed things somewhat for Chaturvedi — those who beat him up are now approaching him for a compromise, fearing a backlash from the new government.

But Chaturvedi says he doesn’t believe in revenge.

Chaturvedi holds a masters degree in Social Work and is looking for a private job. I would advise the Modi government to offer him some support, perhaps in a capacity to expose corruption in government recruitment, a field Chaturvedi masters now.

What transformed Chaturvedi into an anti-corruption crusader

Chaturvedi’s transformation as an uncompromising whistle-blower started in 2011, at a time when, on the one hand, he saw his mother admitted to a local hospital for the treatment of cancer and on the other, he saw the son of a BJP leader getting admission in MBBS through the entrance exam, but failing in all internal exams in his first year of the MBBS course.

He was struck by the inefficiency and an atmosphere of downright apathy of the doctors towards their patients. The few good doctors at the hospital told him that one big reason for this was the way entrance exams were being manipulated in the state education system by the rich and powerful. 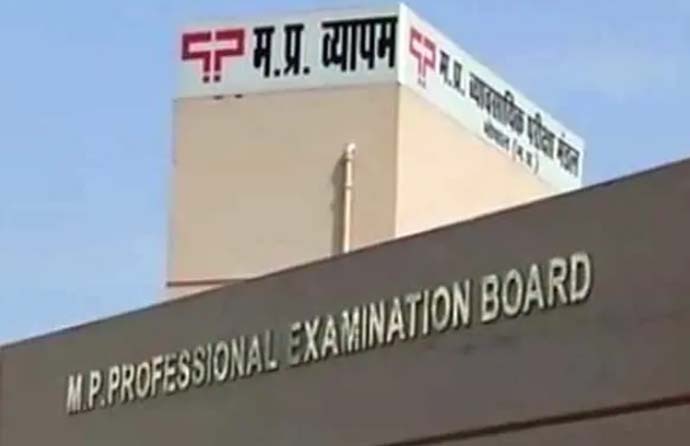 The rich and powerful have deep fingers in the Vyapam scam.  (Source: Twitter)

Around the same time when he came across the case of the BJP leader’s son — now an accused in the Vyapam scam — Chaturvedi took it as a mission to expose this great wrongdoing because he thought the practice was adversely impacting the Indian nation.

Chaturvedi intermingled with people who were part of the exam racket and gathered enough evidence to start filing PILs.

After the Vyapam exposé, he started exposing the DMAT scam. He received huge bribe offers in the DMAT case because some of the most powerful people were involved. But Chaturvedi remained committed to his cause.

When Chaturvedi almost broke down

The pressure exerted on him allegedly by certain police authorities and others was so grave that he was shaken. He even began considering joining some political party opposed to the BJP or to just quit being a whistle-blower. Nobody was ready to give him a job for fear of incurring the wrath of the powerful.

Chaturvedi remained in touch with me through his tribulations. I told him to not lose hope. I also told him that he should not lose hope in the RSS’ ideology, narrating to him the role played by former RSS leaders who made many sacrifices for the country.

In my view, the Modi government must consider him for some recognition now, given how committed he has remained to putting the nation first — even before his life.