A Class 6 student of Army Goodwill School, Atif Mir, who lived in Hajin area of Bandipora district aspired to pursue further studies at the prestigious Sainik School in Manasbal. 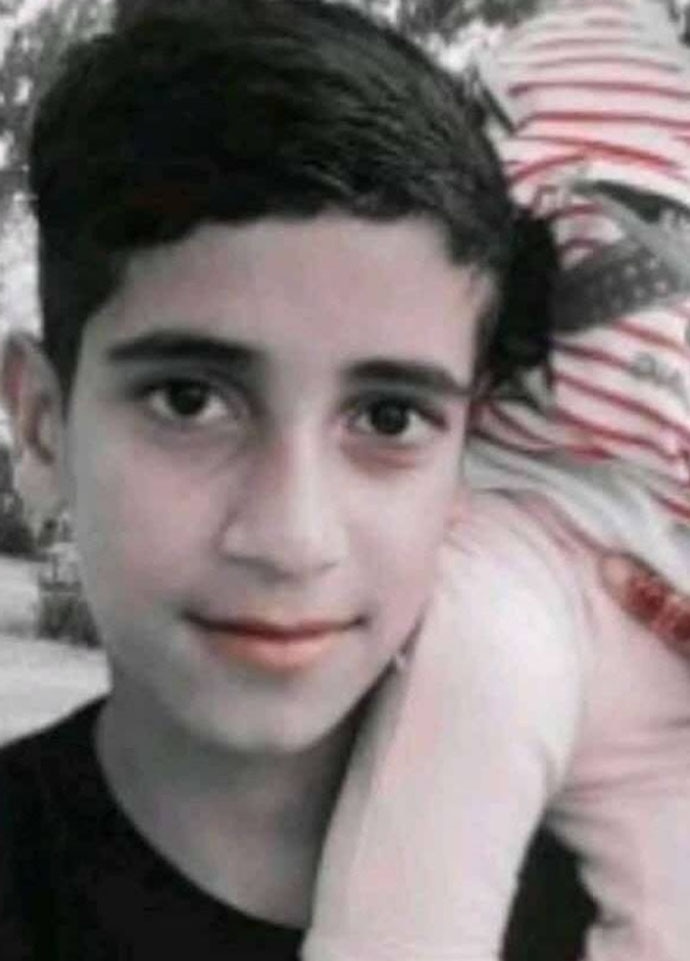 Twelve-year-old Atif Mir was killed by Lashkar-e-Taiba (LeT) terrorists who had been stalking his sister. (Source: Twitter)

Only a month ago, his father, Muhammad Shafi, had submitted the application form for Atif’s admission at the boarding school in the adjoining Ganderbal district.

But, before the entrance exam, Atif’s dreams were interrupted. The 12-year-old child was killed after two Pakistani terrorists took him hostage at his home in north Kashmir during an encounter.

Acting on a tip-off on March 21, the Jammu and Kashmir Police and the Indian security forces launched a joint Cordon and Search Operation (CASO) at Mir Mohalla Hajin where the two Lashkar-e-Taiba (LeT) terrorists were hiding.

While other family members, including Atif’s two sisters and mother, managed to flee from the three-storey house, the holed-up terrorists took the boy and his elderly uncle, Abdul Hameed, hostage.

As per the police, one of the terrorists had been stalking Atif’s sister for a long time and had barged into the house with the malicious intention of forcibly marrying her. Even as searches were going on, the holed-up terrorists fired on the search party, triggering a gunfight.

After a few hours, but much before sunset, security forces managed to rescue Hameed.

On being taken to a secure location, Hameed told the security forces that both the terrorists were wounded, adding that they had taken shelter upstairs, while the boy was being kept hostage in one of the rooms downstairs. The video clip of the purported conversation between Hameed and the security forces has gone viral on social media.

At the beseiged house meanwhile, as the little boy continued to be held hostage, locals and security forces intensified efforts for his safe release.

While the villagers made fervent appeals from mosque loudspeakers, his parents literally begged for their son’s life.

Aatif’s helpless mother, Shareefa Bano, even invoked Allah and the Prophet Muhammad to convince the Lashkar terrorists to permit his release. "For the sake of Allah, his Prophet, release my son. I used to feed you people. What is wrong with you," Shareefa was heard telling the terrorists in Kashmiri at the encounter site.

Amid raging gunfight on that cloudy day, the family kept praying, their hands raised to the sky, as emotional appeals from loudspeakers filled the air.

Though darkness descended, it still couldn’t overshadow the mother’s hope to see her son come out alive in the morning — but then, the house was razed. From the debris, three charred bodies, including that of Atif, were recovered.

The police handout to the media said: “Initially the terrorists kept two civilians as hostages. However, the police and security forces with the assistance of community members safely rescued one civilian Abdul Hameed, a 60-year-old man. Another civilian a 12-year-old boy Atif Mir was kept hostage by the terrorist till the end and despite repeated requests by community members and police for his release, he was brutally killed by the terrorists and could not be rescued from the clutches of terrorists. (sic)” Villagers console the mother of the minor boy Aatif Ahmad, killed while being held hostage by two LeT militants in Hajin. (Source: PTI)

The police identified the slain Lashkar terrorists as Ali and Hubaib — both Pakistani nationals — wanted in several cases of terrorism.

In the efforts to rescue Atif, the security forces even made his parents make appeals to the terrorists — but how would Pakistani terrorists understand appeals made in the Kashmiri language?

Or was the hostage boy supposed to act as interpreter for his own safety before the merciless Pakistanis?

A question that needs to be asked is — what other measures did the government take to save a precious human life in a country where every other leader from the ruling BJP is proud to be called a Chowkidar?

Even as these questions loom large, the bereaved family mourns the death of their beloved little son, next to the debris of their house razed in the same encounter.

Two makeshift tents have been erected for women and men who pour in to mourn the tragedy.

Surrounded by wailing women, the inconsolable mother recollects how she spent the fateful night, praying for the well-being of her only son.

Shareefa cries into nothingness and asks — Where are you, my son? Why couldn’t your life be saved?

Silence answers her back.

Also read: I left Jammu when I was 1.Why can't I apply for a Tatkal passport?

Post your comment
#Kashmir, #Pakistan, #Pakistani terrorists, #Atif mir
The views and opinions expressed in this article are those of the authors and do not necessarily reflect the official policy or position of DailyO.in or the India Today Group. The writers are solely responsible for any claims arising out of the contents of this article.